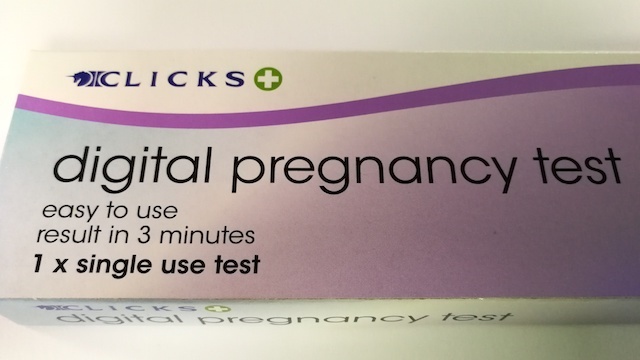 The range of Clicks home pregnancy tests that report "Pregnant" when exposed to ordinary tap water is manufactured in China, and a month ago the Chinese manufacturer recalled a batch of the tests because they gave false positives.

But the Pretoria-based company formally listed as the manufacturer of the Clicks tests did not know about that recall until contacted by Business Insider South Africa.

Clicks on Friday said it was withdrawing the Clicks Digital Pregnancy Test from shelves "as a precautionary measure" after Business Insider reported that the tests gave false-positive readings.

Clicks did not answer detailed questions on the tests, including who the actual manufacturers are, and whether its packaging misrepresent the facts.

Both the outside of the box of the Clicks test and the information leaflet inside say that the tests are "manufactured by" Humor Diagnostica, a South African supplier of a wide range of tests, including pre-natal and neonatal screenings as well as cancer tests. Only after opening the sealed foil pouch inside the box is there a hint of the true manufacturer, in a label on the back of the test unit itself – though only that the manufacturer is in China. 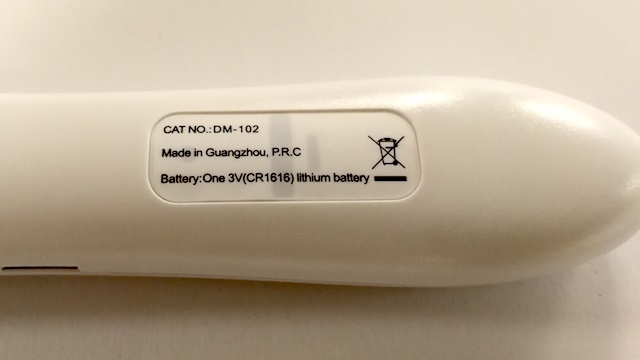 A complete tear-down of one unit provided no other detail of the manufacturer, nor identifying information that would allow it to be identified.

But a recent recall of faulty pregnancy tests in the United Kingdom does provide the key needed to locate the real manufacturer.

Read about the United Kingdom recall on Business Insider UK: More than 58,000 pregnancy tests were recalled after some women got false positive results

"We import it in bulk and package it," Hay said, and confirmed that Humor Diagnostica takes the sealed foil pouches supplied by the Chinese company and put them in boxes for Clicks.

The act of putting the tests in boxes legally required Humor to be identified as the manufacturer, Hay said. He would not say what, if anything, prevented the disclosure that Guangzhou Wondfo Biotech was the original manufacturer.

Hay said his company had not been aware of "the issue" in the UK until alerted to it by Business Insider South Africa. It was now "in touch" with its supplier.

The tests recalled in the UK were manufactured in 2017, and do not carry the same lot numbers as the 2018-manufactured tests sold in South Africa under the Clicks brand.

Clicks did not respond to detailed questions on the provenance of its tests and how many it had sold.

Guangzhou Wondfo Biotech also did not respond to questions, including whether it knew issues with its devices were not limited to the single batch it has recalled, and whether it would institute a recall in South Africa.

Humor Diagnostica did not respond to detailed questions. Instead representative Hay on Friday afternoon, nearly 24 hours after questions were first put the company, responded with a three-sentence statement, which read, in full:

"We view any product complaint in a serious light. The product has been recalled pending further investigation

A formal response will be sent to you after completion of the investigation."