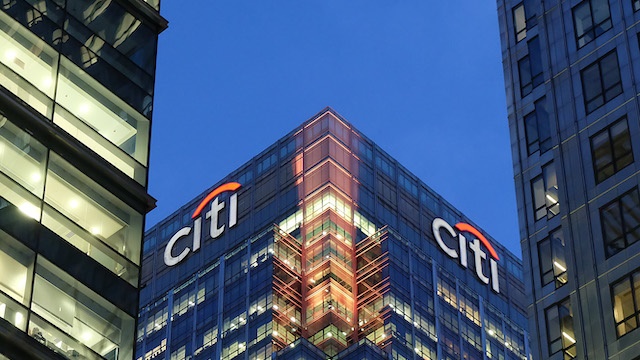 The tower of Citigroup is pictured beside that of One Canada Square, in the Canary Wharf financial district on the Isle of Dogs, December 22, 2019 in London, England. (Photo by Jim Dyson/Getty Images)

Citigroup CEO Jane Fraser has banned employees from internal video calls on Fridays in an effort to improve staff well-being, according to a memo seen by Bloomberg on Tuesday.

The final day of the working week is now named "Zoom Free Fridays," Fraser said in the memo to staff. She also declared May 28 a company-wide holiday, called "Citi Reset Day."

The bank is also encouraging staff to avoid scheduling meetings outside of normal working hours, according to the memo.

Citi's ban on video calls and the new company holiday are part of efforts to tackle the stress of work during the pandemic.

"I know, from your feedback and my own experience, the blurring of lines between home and work and the relentlessness of the pandemic workday have taken a toll on our well-being," Fraser wrote in the memo. "It's simply not sustainable."

Insider reached out to Citi for comment, but did not immediately receive a response.

Citi's new policy comes days after junior bankers at Goldman Sachs said in a survey that they were experiencing poor mental health, grueling 100-hour work weeks, and lack of sleep.

"The sleep deprivation, the treatment by senior bankers, the mental and physical stress … I've been through foster care and this is arguably worse," one unnamed banker said in the survey.

In response, CEO David Soloman said the company would work harder to give junior bankers Saturdays off.

Related Links
Pandemic stress and laziness has led to a sharp uptick in erectile dysfunction, experts say
All of the ways stress can make you sick: Headaches, stomach pains, and more
5 habits for coping with stress that are actually making your anxiety worse
Next on Business Insider
Former NASA official warns SpaceX 'bro culture' could cause Elon Musk to lose his lead