A bottle of wine aged on the International Space Station is for sale, and could fetch R14 million Christie's auction house is selling what may be the most out-of-this-world bottle of wine ever to hit the market: A Bordeaux from 2000, aged for 14 months aboard the International Space Station.

Bundled with the space-aged bottle of Pétrus, a high-end red wine, the auction house is selling a "terrestrial" -- or Earth-aged -- bottle so the buyer can compare the two wines. Christie's is also including a space-themed trunk by Parisian Maison d'Arts Les Ateliers Victor complete with Star Trek-inspired details. The buyer can drink the wine using the provided glasses and decanter as well as a corkscrew made from a meteorite, according to the Christie's website.

Christie's is expecting the wine to sell for as much as $1 million – the equivalent of more than R14 million – which could be a new record for a bottle, according to reporting from the New York Times,

Proceeds of the sale will go towards funding future space missions, Christie's said in a press release. The wine won't go up for auction and is instead available to be purchased by Christie's private sales arm.

The bottle is part of the first group of wines sent to the ISS and back.

In November of 2019, the company Space Cargo Unlimited ran experiments on wine by sending the Pétrus, along with 11 other bottle, to the ISS for 14 months. The wine came back down to Earth in a SpaceX Dragon spacecraft early in 2021. 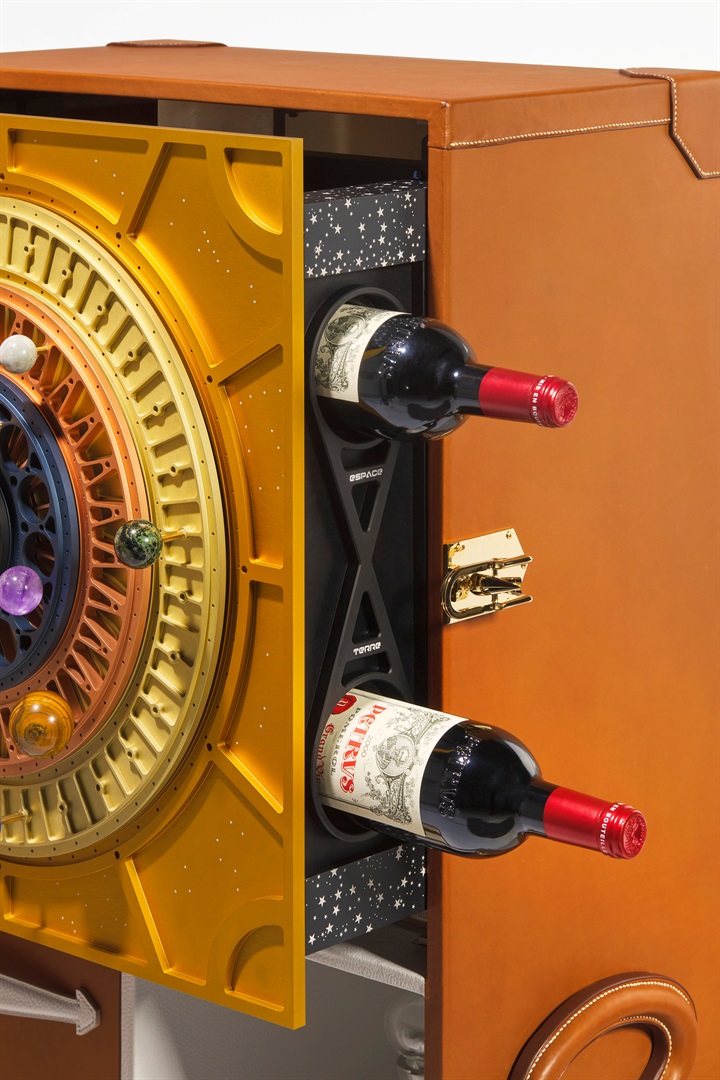 Researchers were looking into how conditions in space impact how wine ages. The mission, part of a private research program called Mission WISE (Vitis Vinum in Spatium Experimentia), sought to examine "how plants adapt to the stress of space conditions to develop innovative solutions for the future of food and agriculture on Earth," according to Christie's.

The goal of the project was "to develop new flavors and properties for the food industry," the AP reported. The experiment also marked a shift by NASA, allowing for-profit business opportunities at the ISS and even private spaceflight, a trend which has only accelerated since 2019, according to the AP.

When the wine bottles returned to Earth, each was sealed in a steel cylinder, according to an AP report. Some of the wines went to a taste-test in Bordeaux where sommeliers compared the terrestrial and extra-terrestrial aging processes. The cargo also included vines from Merlot and Sauvignon Blanc grapes.