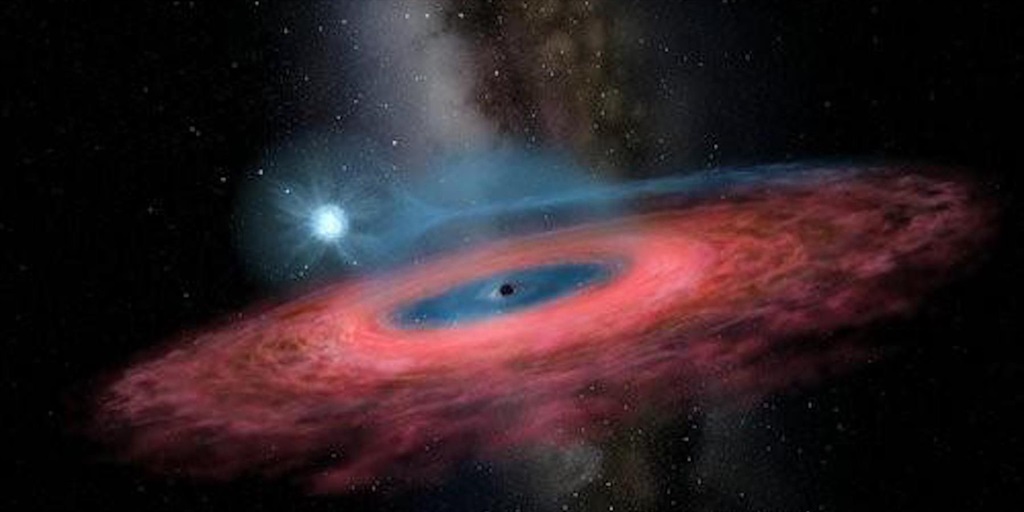 Chinese scientists discovered a black hole that's so big that it throws into question previous beliefs about how black holes are formed.

The newly discovered black hole, called LB-1, has a mass 70 times greater than the mass of our sun, China's Academy of Sciences said in a statement.

The statement noted that scientists had previously believed that an individual stellar black hole - formed when a star collapses - that's in our galaxy could only weigh as much as 20 times the mass of our sun.

This is because they believed that stars start to lose their gas as they die, and lose mass as a result.

However, Professor Liu Jifeng of the National Astronomical Observatory of China, who led the team who made the discovery, said that LB-1, under this theory, was too big to exist.

"Black holes of such mass should not even exist in our Galaxy, according to most of the current models of stellar evolution."

"LB-1 is twice as massive as what we thought possible. Now theorists will have to take up the challenge of explaining its formation," he said.

"We thought that very massive stars with the chemical composition typical of our Galaxy must shed most of their gas in powerful stellar winds, as they approach the end of their life. Therefore, they should not leave behind such a massive remnant." This computer-simulated image shows a supermassive black hole at the core of a galaxy. The black region in the center represents the black hole’s event horizon, where no light can escape the massive object’s gravitational grip.
NASA, ESA, and D. Coe, J. Anderson, and R. van der Marel (STScI)

The discovery was published in the scientific journal Nature on Wednesday. The black hole was discovered by looking at stars that were being pulled in by an invisible object instead of the usual technique of looking at the x-rays emitted by a black hole, which not all black holes emit.

The University of Florida's Prof. David Reitze, the director of the Laser Interferometer Gravitational-Wave Observatory, said in the news release "This discovery forces us to re-examine our models of how stellar-mass black holes form."

According to CNN, the Chinese team suggested multiple reasons why the black hole is so big, including the suggestion that it could have been formed by the collapse of more than one star.

CNN also noted that other black holes that are larger than LB-1 have been discovered, like supermassive black holes, but that LB-1 is the largest of its kind.