A 6-year-old girl found a Christmas card with an apparent call for help from a prisoner in China inside. We'll probably never find out if the message was real. A letter written by Tohnain Emmanuel Njong, which he stuffed in a Saks Fifth Avenue bag that he said he made in a Chinese prison.
dnaInfo.com
A six-year-old girl writing her Christmas cards found that one of them had been daubed with an SOS message from someone claiming to be a prisoner in China, The Sunday Times reported.

The cards, fronted with a picture of a kitten wearing a red Santa hat, were made for Tesco at Zhejiang Yuanguang Printing, about 35 miles south of Wenzhou on China's east coast.

Florence Widdicombe, from south London, found the note, which said: "We are foreign prisoners in Shanghai Qingpu prison China. Forced to work against our will. Please help us and notify human rights organisation." 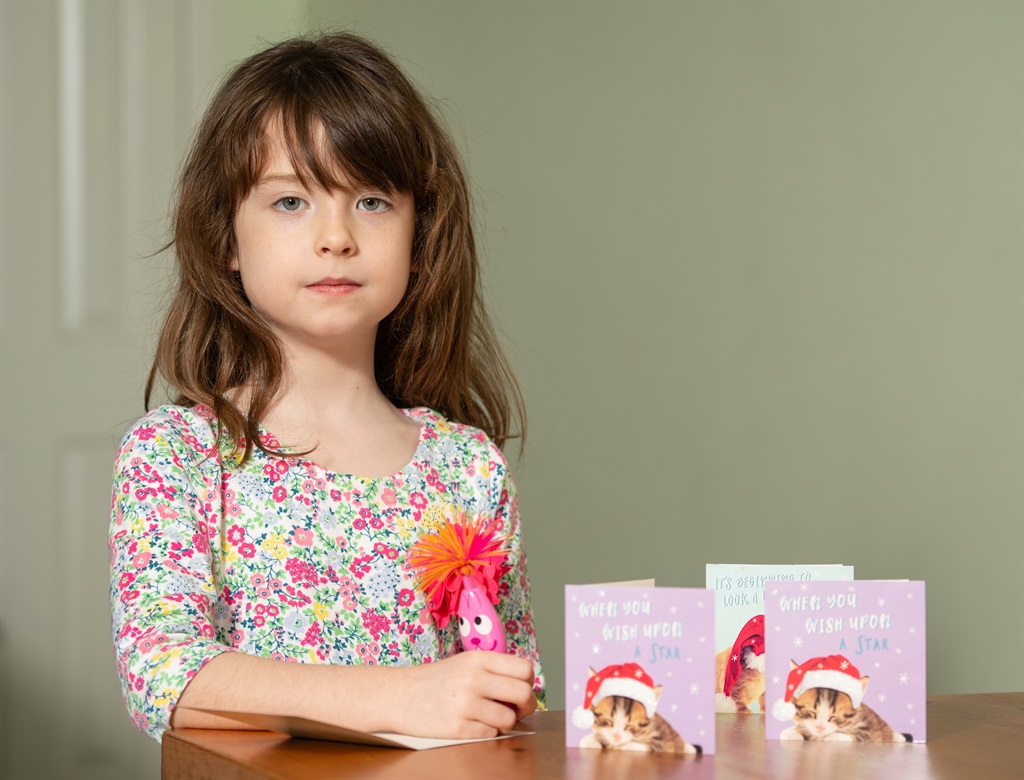 Tesco told The Sunday Times it had suspended production of the cards at the Zhejiang Yuanguang Printing factory.

Widdicombe's family said they thought it was a prank at first.

The message is a stark reminder that prisoners across the world are often forced to work for little or no compensation, but in recent years similar stories have gained traction in the media, with retailers scrambling to decry them as hoaxes, and journalists attempting to validate their authenticity, usually unsuccessfully.

Most of the messages come from factories in China, an issue for retailers like Walmart and Primark implicated in these type of scandals who are often criticized for using cheap Chinese labor.

In March 2017, Walmart came under fire after a woman in Arizona found an SOS message in the bottom of a purse she'd bought that was made in China.

The note said the bag was made by inmates in Yingshan Prison who "work 14 hours a day and are not allowed to rest at noon. We have to work overtime until midnight. People are beaten for not finishing their work." Walmart said they had no way to authenticate the message, a common theme in these type of cases.

In 2015, a man in Newcastle, northern England, found a message in a pair of Primark socks from a man called Ding Tingkun who claimed to be at a detention centre in Lingbi County, China.

Primark said it was a hoax, and that several other messages had appeared around the same time. "The Primark name is being used to gain publicity for the plight of this individual," a spokesperson said at the time.

"We have found no link at all between this individual and any of our suppliers' factories in China. We think it is likely that the note was added after production and it is feasible it was added in transit or at a port."

In October 2012, a mother in Oregon found a note in a pack of Halloween decorations sold at Kmart. The New York Times reported the note said workers "toiled seven days a week, their 15-hour days haunted by sadistic guards."

But in May 2013, a 47-year-old former inmate admitted to writing the letter, the Times reported, and as many as 20 others. A letter found in Kmart Halloween decorations in 2012. A 47-year-old former inmate at the Masanjia camp told The New York Times he wrote the letter .
YouTube

"For a long time I would fantasize about some of the letters being discovered overseas, but over time I just gave up hope and forgot about them," the man told the Times, in a rare example of a SOS note being authenticated.

In 2017, shoppers in a Zara store in Istanbul found notes scattered around the shop saying: "I made this item you are going to buy, but I didn't get paid for it."

Vox reported that workers at the nearby factory making the items were recently told the factory was closing, meaning they wouldn't get paid. They launched the notes as a protest.

These stories have the ring of authenticity, but fall short of providing definitive proof, leading some to call them marketing or PR stunts.

Responsibility for the notes if often placed on activists trying to bring change, or embarrass governments.

In June 2014, Primark defended itself again after two labels were found on two summer dresses sold at a store in Swansea, Wales, one which said "sweatshops conditions" and the other "exhausting hours."

Primark said it was a hoax, and pointed out one dress was made in India and the other made thousands of miles away in Romania.

Vox reported that just before the labels' discovery, activist groups had been protesting Primark's treatment of workers. Vox reported that War on Want led a 2013 campaign after 1,100 people died after a factory making Primark products collapsed in Bangladesh.