A chilling new documentary created by two undercover reporters reveals the paranoia at the heart of China's 21st-century police state in Xinjiang, the western frontier region where authorities are cracking down on millions of Muslims.

The VICE News Tonight documentary shows dozens of police officers lining the streets of Xinjiang and repeatedly questioning the journalists, who had posed as travel bloggers in order to enter the region.

The documentary - titled "They Come For us at Night: China's Vanishing Muslims" - premiered Thursday night. It focuses on the plight of the Uighurs, a mostly-Muslim ethnic minority under intense surveillance and oppression by Beijing authorities in Xinjiang. China justifies its crackdown by describing Uighurs as national-security threats, but experts say it could also be because Beijing wants to protect its infrastructure along the Belt and Road, a massive trade project connecting China with the rest of the world.

Uighurs in the region constantly live in fear of being detained and taken to one of China's prison-like camps, which authorities euphemistically call "free vocational training centres."

Former detainees in such camps have described being physically and mentally tortured.

Uighurs are not allowed to communicate with people outside the region. Uighurs living abroad previously told Business Insider of their anguish at being blocked by their families in Xinjiang to avoid getting arrested.

Read more: This man's family vanished in China's most oppressed region. The next time he saw his son was 2 years later, in a Chinese propaganda video. 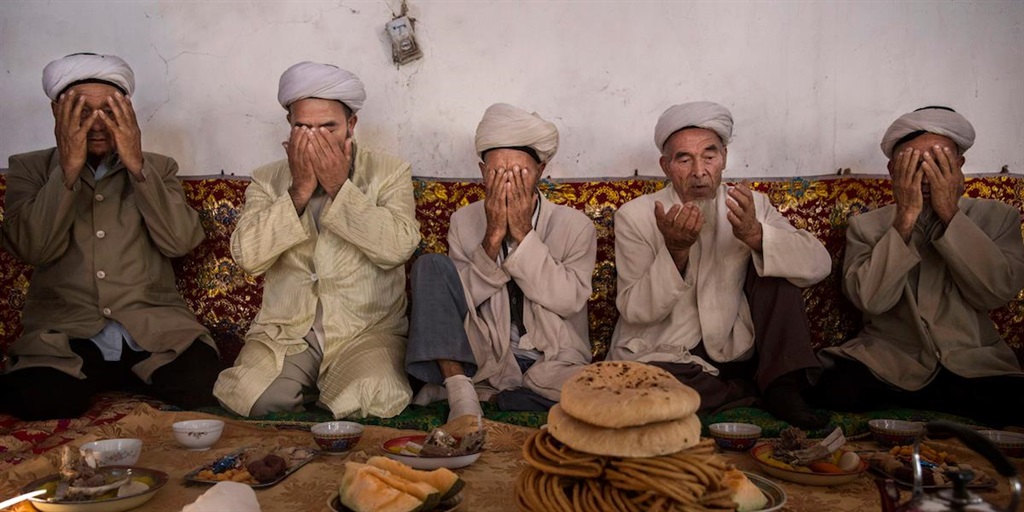 Uighur men pray before a meal during the Corban Festival, also known as Eid al-Adha, in Turpan, Xinjiang, in September 2016.
Kevin Frayer/Getty

The documentary shows the journalists repeatedly being stopped on the street and forced to delete all the footage on their phones, even as they insisted that they were tourists snapping photos for their own leisure.

Despite the heightened security apparatus in Xinjiang, the region has continued to attract tourists, but authorities say they can only take photos of sidewalks and tourist sites.

At one point in the documentary, two police officers who appear to be in anti-riot gear are seen stopping the reporters from talking to two local men in Kashgar, a major city in the region. Those two men, ironically, had been praising local law enforcement. Isobel Yeung, one of the VICE News reporters, told Business Insider: "I can't even count how many times we were stopped. It didn't help that I was constantly mistaken for a Uighur."

"Their goal was to keep close tabs on us, to track our every move, and to try to ensure we didn't take photos or video of anything the Communist Party of China considers sensitive," Yeung added. "They didn't know we were filming secretly."

China's distrust of the Uighurs permeates into daily life. Authorities require residents to place QR codes on knives - even for those used in the kitchen - so they can track whether they are being used as weapon.

While visiting a wheat dumpling stall, the VICE News reporters also noticed that an axe for chopping firewood had been chained to the ground in accordance with regional rules. 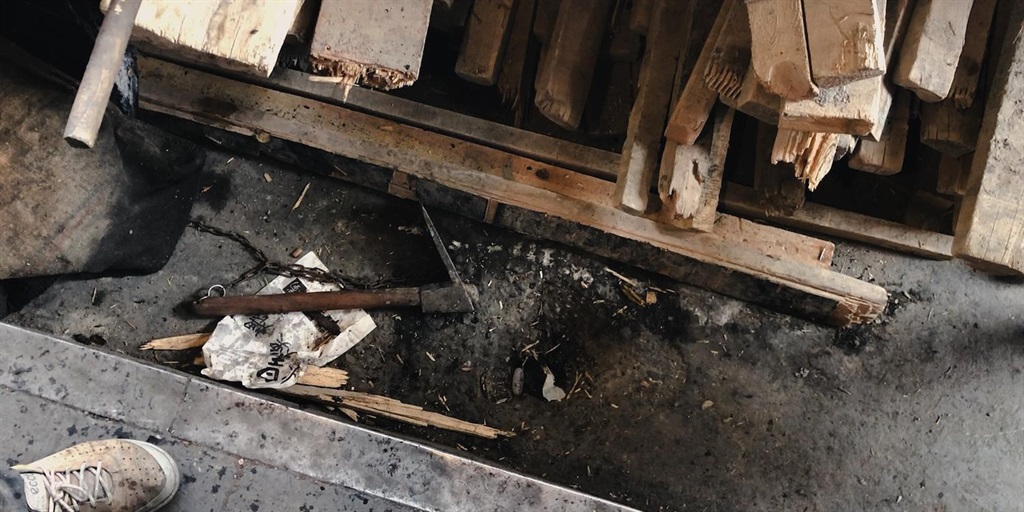 An axe used to chop wood for fire chained to the floor at a wheat dumpling stall in Xinjiang. It symbolizes China's distrust of the region's Uighur citizens, whom Beijing claims are national-security threats.
T. Wang / VICE News Tonight

'It does strange things to the mind'

China's ruling Communist Party regularly cracks down on content and people deemed unsavoury to the regime. It believes that by censoring content and, in some cases, detaining dissidents, it is maintaining political and social stability.

Read more: Barging into your home, threatening your family, or making you disappear: Here's what China does to people who speak out against them

This paranoia is particularly evident in Xinjiang, with journalists having described being tailed by plainclothes officers - as many as six in the VICE News's case. The country has hired more than 100,000 new police officers over the past two years alone. A sign taken in September 2012 in Yarkand county, Xinjiang, which says in both Arabic in Chinese: "Stability is a blessing, instability is a calamity."
Eric Lafforgue/Art in All of Us/Corbis via Getty Images

Yeung, the VICE News correspondent, told Business Insider that being tailed by police "makes you paranoid to go places or say things".

"It does strange things to the mind, to know that there are people watching and listening to your every move," she said. "It makes you paranoid to go places or say things, even among my colleague and I and while in the comfort of our hotel rooms."

"I can only imagine what living there would do to you."

Watch a trailer for the documentary below: