A rendering of the "Panda Capital"
Sasaki

In the southwestern province of China lies the city of Chengdu, home to the largest building in the world and one of the busiest international airports. It's also the site of a rare treasure - the giant panda, which has teetered on extinction for decades.

Many of the pandas found in zoos around the world are first bred at the Chengdu Panda Base, located just outside the downtown core. The base attracts roughly 3.5 million visitors per year, though Chengdu has big plans to expand this outreach.

The new development - which includes the expansion of the existing panda base - will be 110 times the size of Disneyland, but just a small percentage of the city's overall size. Take a look at what the capital could look like when it's finished.

The city hopes to preserve and protect the world's 1,800 remaining giant pandas. Giant pandas in the wild often give birth to twins, in which case the mother will abandon one of her cubs. Researchers at the Chengdu Panda Base have stepped in to help mothers raise their twins - or, in some cases, triplets.

These efforts are critical to both the species and Chengdu's economic growth.

"The giant panda has become the strongest ambassador and icon for the city of Chengdu," said Tao Zhang, a principal at Sasaki. "It is an integral part of the city's identity, culture, and economy." Species like the snub-nosed monkey and red panda rely on the giant panda's forest habitat to survive.

The first site, the Longquanshan Panda Village, will be a "gateway into the city." The village will be located near Chengdu's second international airport, which is supposed to be fully operational by 2030.

Zhang wouldn't give a timeline for Sasaki's projects, which will undergo multiple phases.

The Beihu Panda Park will expand the Chengdu Panda Base to three times its size. The new development, located just outside the downtown area, will include botanical gardens, a wetland park, and a sports park, as well as opportunities to learn about how the pandas live and interact. The Dujiangyan Panda Wilderness is the most remote of the three sites, located at the foothills of the Tibetan plateau. The wilderness's researchers will focus on training young pandas born in captivity, with the ultimate goal of releasing them into the wild.

An autonomous tram would connect the city's cultural destinations to a planned sports district. The biggest challenge will be balancing environmental conservation and urban development. Sasaki hopes to strike "a careful balance" between the site's public experiences and preservation efforts.

"Different areas of the reserve will have different levels of human interaction," Zhang said. "All must be carefully coordinated."

Fresh off their win, Sasaki has yet to discuss the project's overall cost with the Chengdu government. The sites and the city will evolve together, Zhang said.

At 44 square kilometres, the developments are part of Chengdu's goal to become a future Olympics site. 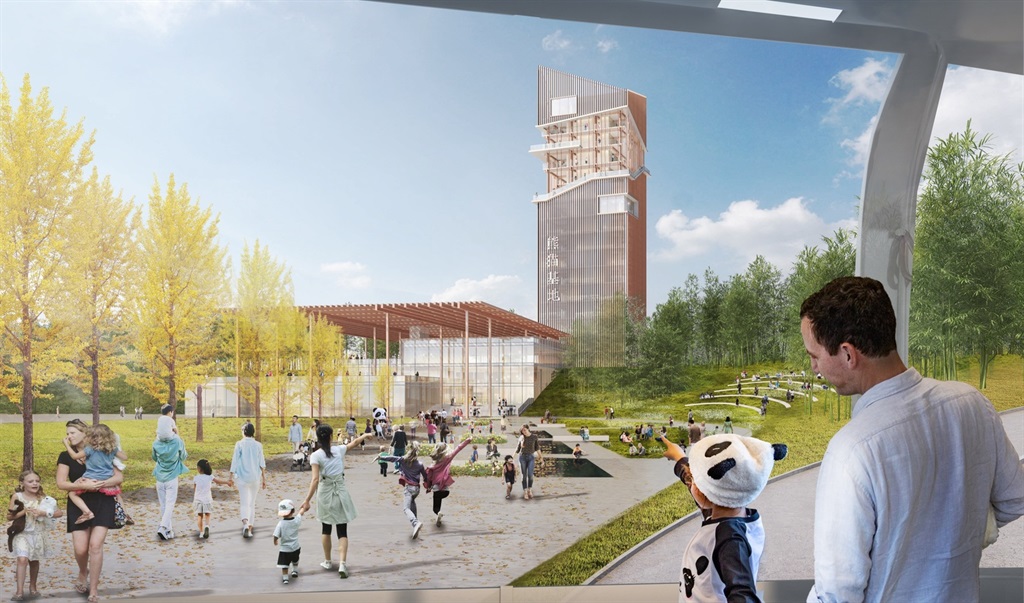