Medical experts say China is falsifying organ donation data, after it was accused of harvesting body parts from Uighur Muslims in prison camps The authors, writing in the journal BMC Medical Ethics, presented evidence of what they call "systematic falsification and manipulation of official organ transplant datasets in China."

Neither the Chinese Ministry of Health nor its embassy in London responded to repeated requests for comment from Business Insider.

The official Chinese figures suggest a strong yearly growth in voluntary organ donations, which could explain the apparent ease with which patients in China are able to be matched with organs when in need of transplants.

Waiting times for organ transplants in China are often a matter of weeks, or even days, a feat few other countries can match. 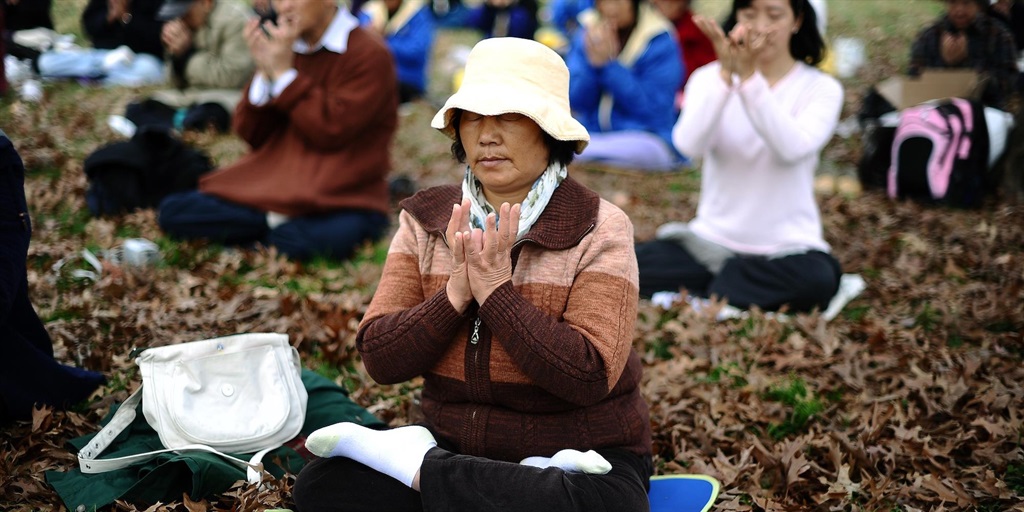 However, according to the three researchers behind the report, the figures are literally too good to be true.

The data, they say, closely matches the quadratic formula, which, when plotted on a chart, gives a steady upward swing.

They say that the Chinese data matches the equation so closely as to almost guarantee that it was generated artificially rather than collected in the real world.

The accusation has resurfaced questions of where China could be getting the organs from, if not volunteer donors. It has admitted previously harvesting organs from prisoners executed in its justice system, but said it stopped in 2015.

The report was produced by Matthew Robertson, Raymond Hinde, and Jacob Lavee. They are, respectively, experts in social science, statistics, and medicine.

Their report claims China is continuing to use involuntary donations, but disguising many of them as voluntary.

"A variety of evidence points to what the authors believe can only be plausibly explained by systematic falsification and manipulation of official organ transplant datasets in China," the report concluded.

"Some apparently nonvoluntary donors also appear to be misclassified as voluntary. This takes place alongside genuine voluntary organ transplant activity, which is often incentivised by large cash payments."

The central piece of evidence for China's alleged falsification is the dataset from the official China Organ Transplant Response System (COTRS), which follows the quadratic formula.

"The analysis of both datasets suggests human-directed data manufacture and manipulation," the report says.

"Contradictory, implausible, or anomalous data artefacts were found in five provincial datasets, suggesting that these data may have been manipulated to enforce conformity with central quotas."

The quadratic formula expresses a relationship between three known quantities - A, B, and C - and an unknown quantity, X.

The chart below illustrates the rise in organs donated and overall donors in China since 2010, according to COTRS data.

Their point is that each coloured line matches the data points so closely as to suggest that the data is fake. 'Exposes the lies and deception'

The report was seized upon by the International Coalition to End Transplant Abuse in China, an Australian human-rights charity made up of lawyers, academics, and medical professionals, which campaigns to raise awareness of what it says is widespread organ harvesting in China.

Susie Hughes, its executive director, said: "This report exposes the lies and deception that mark China's so-called transplant 'reforms.' The falsification of the China Organ Transplant Response System (COTRS) data appears to be part of an elaborate coverup that disguises the state-run mass murder of innocent people for their organs in China."

The ICETA is behind the China Tribunal, an independent body that was created to investigate organ harvesting in China, which concluded in June that the country has harvested thousands of organs from persecuted minorities.

At a September appearance in front of the United Nations Human Rights Council, China Tribunal lawyer Hamid Sabi said that the Chinese government was taking hearts, kidneys, lungs, and skin from groups including Uighur Muslims and members of the Falun Gong religious group.

"Forced organ harvesting from prisoners of conscience, including the religious minorities of Falun Gong and Uighurs, has been committed for years throughout China on a significant scale," Sabi said.

Sabi was presenting evidence from a summary of the tribunal's final report, published in June, which claimed that a "very substantial number" of prisoners were "killed to order" by the Chinese government.

They were "cut open while still alive for their kidneys, livers, hearts, lungs, cornea and skin to be removed and turned into commodities for sale," the report said.

It was led by Sir Geoffrey Nice, a British lawyer who was the lead prosecutor in the trial of Slobodan Milosevic, the former Yugoslavian president.

During a speech in London in October, Nice described China's actions, in the eyes of the tribunal, as "mass atrocity killings" and "crimes against humanity."