"Some navy officers interpreted it as a 'Gotcha!' move," journalist Michael Fabey wrote in his 2017 book, "Crashback." It was "a warning from China that US carrier groups could no longer expect to operate with impunity."

The US still "owns the undersea realm in the western Pacific right now and is determined" to maintain it, Fabey told Business Insider in a February interview. But "China has grown — in terms of maritime power, maritime projection — more quickly than any country in the region," he added. "The growth has been incredible."

That expansion has prompted similar moves by its neighbors, who are asking whether China will abide by or remake the rules of the road.

'Armed to the teeth' The Defense Department believes China could have about 70 subs by 2020. While it looks unlikely to build more nuclear subs by then, adding 20 Yuan-class diesel-electric subs "seems to be entirely reasonable," IISS says.

That expansion would require more investment in training and maintenance, but diesel-electric subs are potent, Fabey said.

"The submarine force [China is] putting out there is substantial, and partly because they have a lot of diesel-electrics and nuclear forces," he told Business Insider. "Those diesel-electrics especially are ... armed to the teeth. They're armed with antiship missiles that really can give anyone, including the US forces, serious pause." In May 2016, a Chinese nuclear-powered attack sub docked in Karachi, Pakistan — the first port call in South Asia by a Chinese nuclear attack sub, according to the Defense Department. (Chinese subs previously made port calls in Sri Lanka, much to India's chagrin.)

In January 2017, a Chinese attack sub returning from anti-piracy patrols in the western Indian Ocean stopped in a Malaysian port on the South China Sea, over which Beijing has made expansive and contested claims. A Malaysian official said it was the first time a Chinese sub had visited the country.

In January 2018, a Chinese Shang-class nuclear-powered attack sub was detected in the contiguous zone around the Senkaku/Diaoyu Islands in the East China Sea — the first confirmed identification of a Chinese sub that area. That wasn't the first unannounced maneuver by Chinese subs in the East China Sea, but those islands are disputed, and Japan protested the sub's presence in that zone. 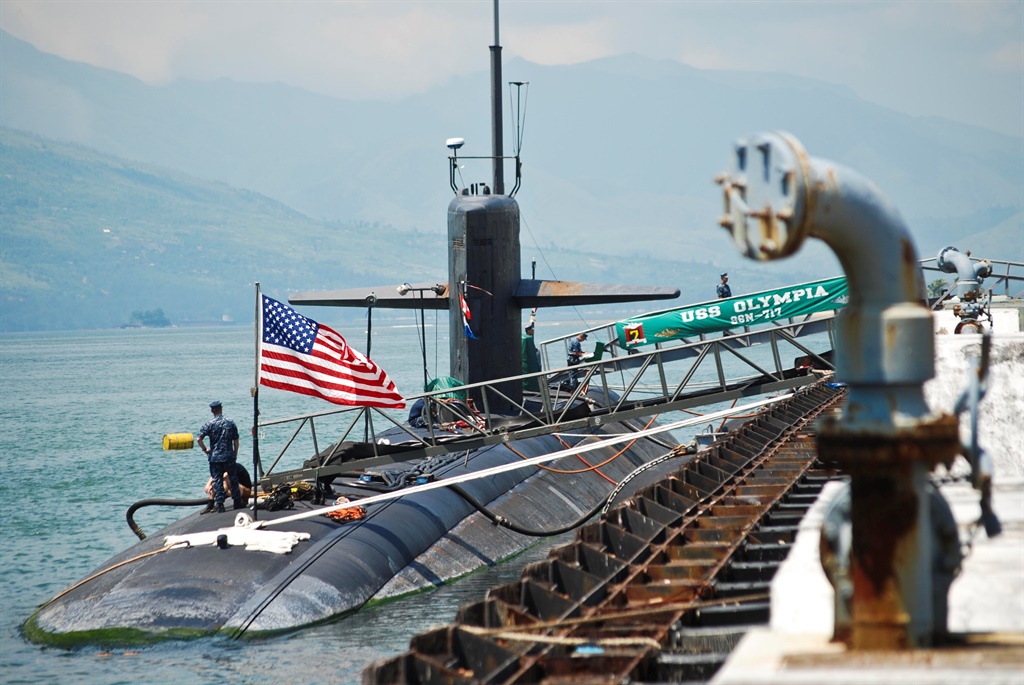 The US Navy has roughly 50 nuclear-powered attack subs. But many are aging, and the Navy's most recent force-structure analysis said 66 attack subs were needed.

US Navy Adm. Harry Harris, head of Pacific Command, has said his command has half the subs it needs to meet its peacetime requirements. Adm. John Richardson, chief of naval operations, has also said maintenance backlogs could hinder efforts to deploy additional subs in the event of a conflict.

The 2018 budget included also money for increased production of Virginia-class subs — which are "the creme de la creme," Fabey said. 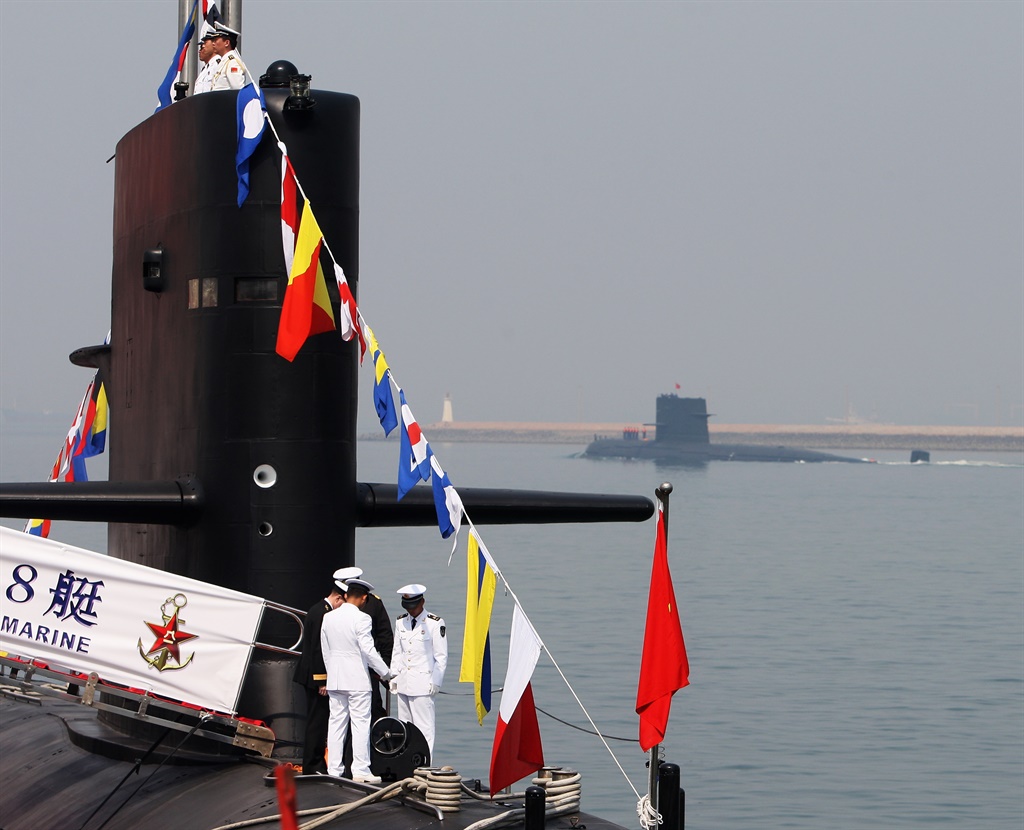 "All those countries, they're the home team, so they don't need to have nuclear subs necessarily to go anywhere [and] project power," he said. "They want to just project power in their little neighborhoods, and that's why diesel-electrics are so amazingly good."

"When you go and you go down to the thermals, the different layers of the ocean, it becomes very hard to detect subs ... and you shut off everything except for electric power — it puts out less of a signal than a light bulb would," Fabey added.

Between 2009 and 2016, Vietnam bought six Russian-made Kilo-class subs. That force "is driving the Chinese absolutely crazy," Fabey said, "because China can no longer just operate in the Gulf of Tonkin, for example, at will."

Japan is also growing its navy, which had 18 subs in early 2016. In November, it launched its 10th Soryu-class diesel-electric sub, and in March it commissioned its ninth Soryu-class sub. Those subs have air-independent propulsion systems that allow them to remain submerged for up to two weeks. They also have quieting technology, can carry torpedoes and antiship missiles, and excel at navigating tough seascapes.

Indonesia, which had two subs as of spring 2017, is looking to add subs that can operate in shallow coastal waters. In August 2017, it commissioned its first attack sub in 34 years — a diesel-electric capable of carrying torpedoes and guided missiles and of performing anti-surface and anti-sub warfare.

In early 2017, Indonesia was working with or in talks with South Korean, French, and Russian shipbuilders to acquire more subs. (Jakarta has since reduced its original requirement for 12 new subs by 2024 to eight.)

Taiwan, whose efforts to buy foreign subs to join its four aging subs have been thwarted by China, announced a domestic sub-building program in spring 2017.

India already more than a dozen subs in active service. The country's first domestic nuclear-powered ballistic-missile sub, INS Arihant, was commissioned in late 2016, after a seven-year development process. The next Arihant-class sub, INS Aridaman, was poised for launch in late 2017. India's latest sub, the diesel-electric, first-in-class INS Kalvari, was commissioned in December 2017.

The next two Kalvari-class subs, built by a French firm, have already arrived. The six and last Kalvari-class sub is due to join the fleet in 2020. In July 2017, New Dehli contacted foreign shipyards with a request for information about building its next six nonnuclear subs.

India's efforts have been plagued by delays, however. The Kalvari was supposed to be delivered in 2012 but was four years late. Mistakes have also set India back — the Arihant, for example, has been out of service since early 2017, when it flooded because a hatch was left open as it submerged.

India has expressed considerable concern about Chinese naval activity in the Indian Ocean, which includes submarine patrols, as well as its efforts to court countries in the region.

"I believe that's a counter to the increasing encroachment by Chinese forces," Fabey said of India's naval activity

"What the two countries have established on land, they're now looking to establish in the ocean, India especially," he added. "It's not about to let China encroach just willy-nilly."

All these countries are likely to face challenges developing and maintaining a sub force, Fabey said, pointing to the case of Argentina's ARA San Juan, a diesel-electric sub lost with all hands in the South Atlantic last year. But subs are not the only military hardware in demand in East Asia, and the buildup comes alongside uncertainty about the balance of power in the region.

Apprehension about China's growth has been tempered by increasing economic reliance on Beijing. And the current and previous US administration have left countries in the region, including longtime allies, unsure about what role the US is willing to play there. "Everyone out in Asia is on one hand scared of China, and the other hand, they need China for trade," Fabey said. "Also there's a real sense of, 'China's right here, America's on the other side of the world.'"

"And there's a sense of reevaluating China," he added, "because if you don't have the 500-pound gorilla from the West, then you've got to worry about the 500-pound dragon in the East a little bit more.

Mark Zuckerberg's net worth just plunged by $5 billion, but he and his college-sweetheart wife are still worth billions — see their houses, cars, and travels

Everything you need to know about Christopher Wylie, the 28-year-old who blew the lid off a huge Facebook data breach

A medium at Woolworths? You’re actually a XXL at Mr Price. Why SA’s clothing sizes are crazy

We compared the price of contracts that come with an iPhone X – and the winner is R1,200 a year cheaper than the rest

AI can tell jokes and will soon write better novels than humans, according to a computer scientist

These are the 5 most expensive South African wines you can buy right now – if you are willing to spend up to R5,000 per bottle

Use this secret weapon to improve your meetings, suggest SA academics

Video games, chewing gum and driving lessons are some of the products Stats SA uses to calculate South Africa's cost of life