China says it has been giving essential workers shots of an experimental coronavirus vaccine since late July.

Zheng Zhongei, the head of the National Health Commission (NHC) science and technology center, told the state-run CCTV broadcaster on Sunday that "emergency use" of a vaccine was green-lit on 22 July.

Zheng did not say how many workers had been inoculated, or which vaccine candidate was used, but said that the recipients included health workers and border officials.

"Most cases in China now are imported, so border officials are a high-risk group," he said.

The guidelines of the emergency scheme were approved as early as June 24, Zheng said, according to Reuters.

"We've drawn up a series of plan packages, including medical consent forms, side-effects monitoring plans, rescuing plans, compensation plans, to make sure that the emergency use is well regulated and monitored," he said.

It appears to be the first time a vaccine for the coronavirus has been administered outside of clinical trials in China, according to The Guardian.

However, on 27 July, Gao Fu, the head of the Chinese Center for Disease Control and Prevention (CDC) said he had taken a shot of one of the leading trial vaccines in an attempt to show people that vaccinations are not dangerous. 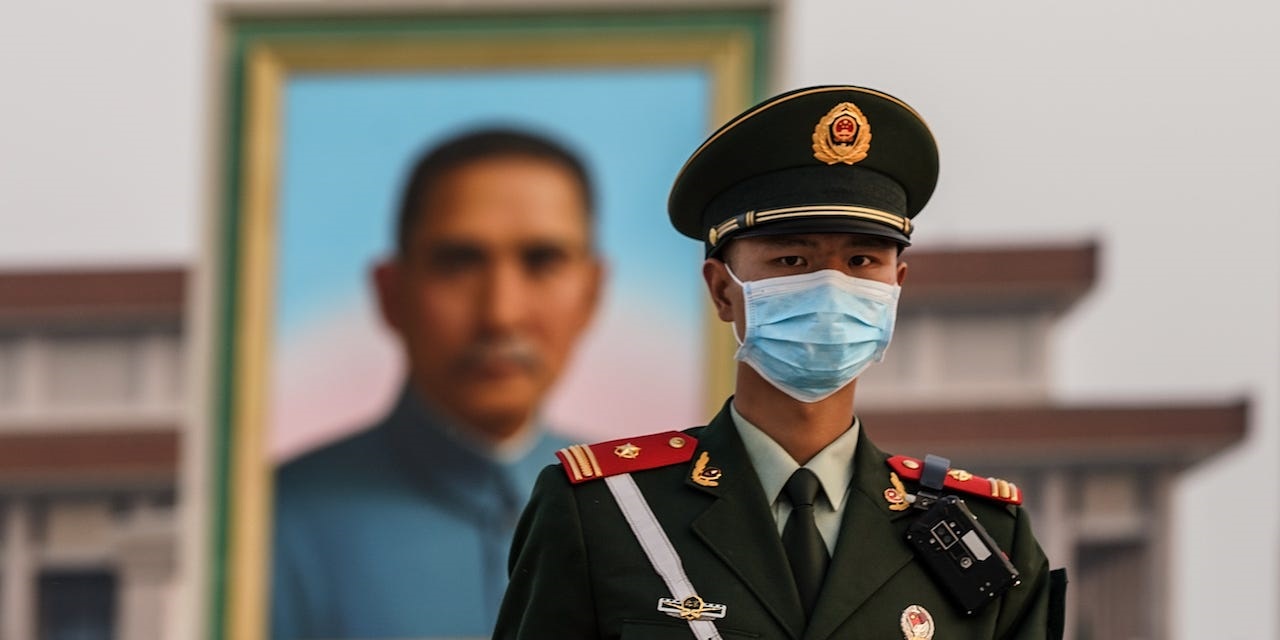 A Chinese police officer in front of the portrait of Nationalist founder Sun Yat-sen at Tiananmen Square in Beijing, China.
Lintao Zhang/Getty Images

Discussions inside the NHC over administering a vaccine to key workers in China started as early as April, the South China Morning Post reported, though a decision was not made until June.

Around 150 vaccines are under development worldwide, but only a handful have progressed to phase 3-trials, which are considered crucial for measuring a candidate's effectiveness in a large group and uncovering side effects.

Several of the most promising vaccine candidates are being made by Chinese companies, like Sinovac, China National Biotec Group, and CanSino Biologics.

Chinese state news tabloid The Global Times reported on Monday that those essential workers given emergency doses of the vaccine "had few adverse reactions and none reported a fever".

SinoPharm, a Chinese state-owned pharmaceutical company, said in June that 30 of its employees working at a facility in China, and not part of clinical trials, had helped "pre-test" a vaccine candidate by volunteering to get inoculated.

Chinese officials, including President Xi Jinping, have for months said that when China develops a coronavirus vaccine it will be a "global public good" that everyone can access.

Earlier this month Russia became the first country to approve a coronavirus vaccine for widespread use, but many experts have warned that it might not be safe or effective.

Related Links
The world desperately needs coronavirus treatments, even if we get a vaccine
Australia's prime minister quickly ditched a plan to make a Covid-19 vaccine mandatory
Russia reportedly offered the US help with a coronavirus vaccine, but the US said no
Next on Business Insider
Captive lion operators to be offered a ‘voluntary exit’, which may not see the lions put down