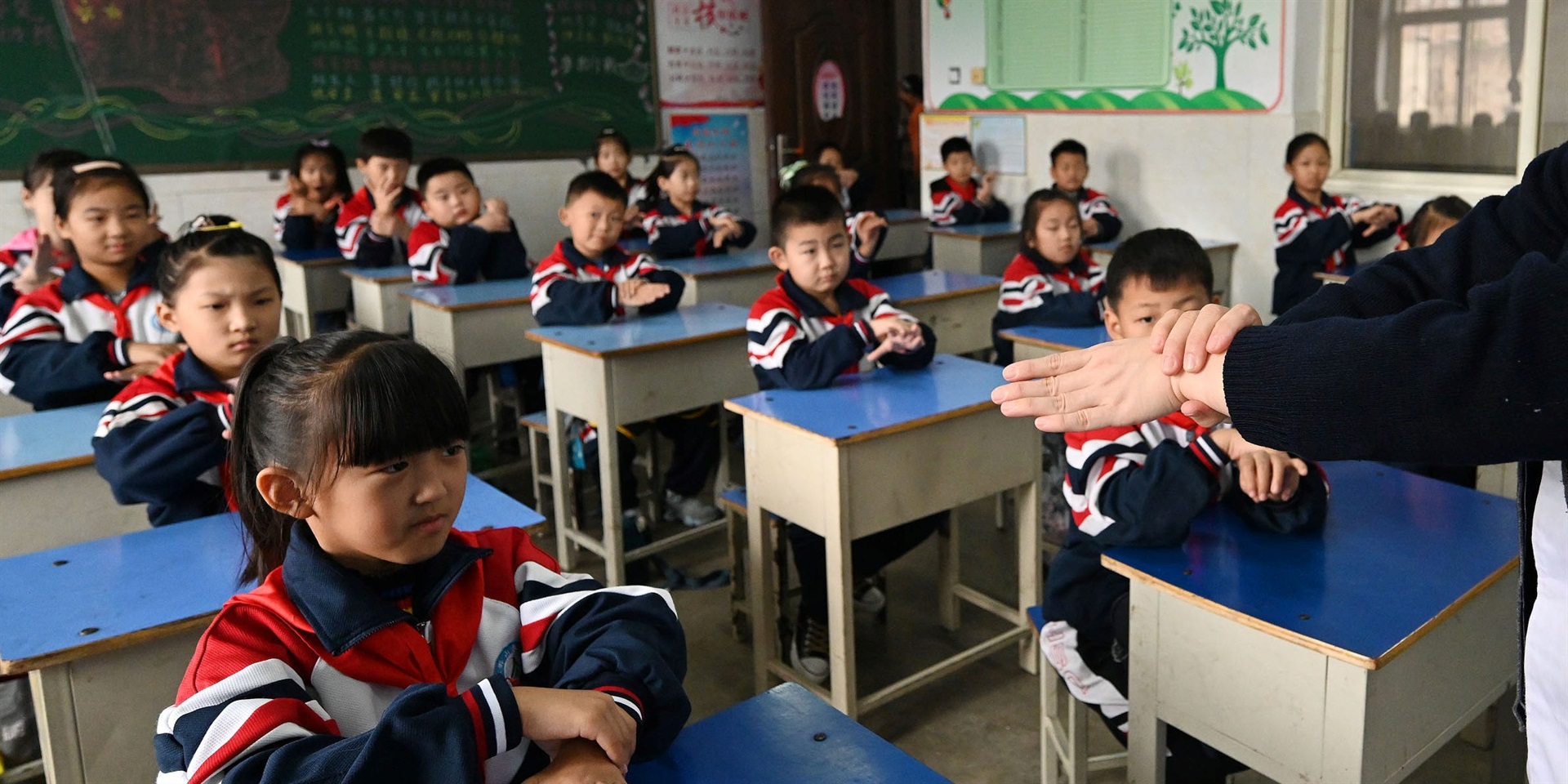 Children at a primary school in Handan, China.

China's rubber-stamp legislature is preparing to vote in a law that would see parents punished for their children's bad behaviour.

A draft of the "Family Education Promotion Law" is being reviewed this week at a session of the National People's Congress Standing Committee, the country's rubber-stamp parliament, Reuters reported.

The law says parents will be reprimanded and given training exercises if their children show "very bad behaviour" or are convicted of crimes.

The draft law, translated by the China Law Translate project, says that when children have misbehaved, their parents will be informed and given "family education guidance services" by the school.

But if parents don't rectify their children's behaviour, the parents' employers will be notified and the parents will then be sent to guidance training, the draft law said.

The penalty for missing the training is equivalent to $156 (around R2,272), or up to five days detention, the draft law said.

"There are many reasons for adolescents to misbehave, and the lack of or inappropriate family education is the major cause," said Zang Tiewei, a spokesman for the Legislative Affairs Commission in the NPC, Reuters reported.

The law says parents are responsible for teaching their children values like "to love the [Communist] party, nation, people, and socialism," "to respect the elderly and care for the young," and "to be thrifty and frugal."

According to the draft law, parents should also allocate sufficient time for their children to rest and exercise, Reuters reported.

China has in recent months introduced a flurry of new rules for children, young people, and families.

In May, the Chinese government said that couples were now permitted to have as many as three children each.

The move - intended to held boost falling birth rates in the country - comes after Chinese families were limited to one child each in the 1980s, and then two children from 2015.

In a crackdown on what it described as laziness and damaging culture, Beijing announced in August that all people under 18 would be limited to three hours of computer gaming time per week (one hour on Friday, one on Saturday, and one on Sunday).

And in September, Beijing imposed a a ban on violent, vulgar, and bloody children's TV shows.

"The content of broadcasts should be healthy and progressive and should promote truth, good, and beauty in cartoons," the National Radio and Television Administration said in a statement at the time.