China says it destroyed early samples of the novel coronavirus, but says it was for 'biosafety reasons' 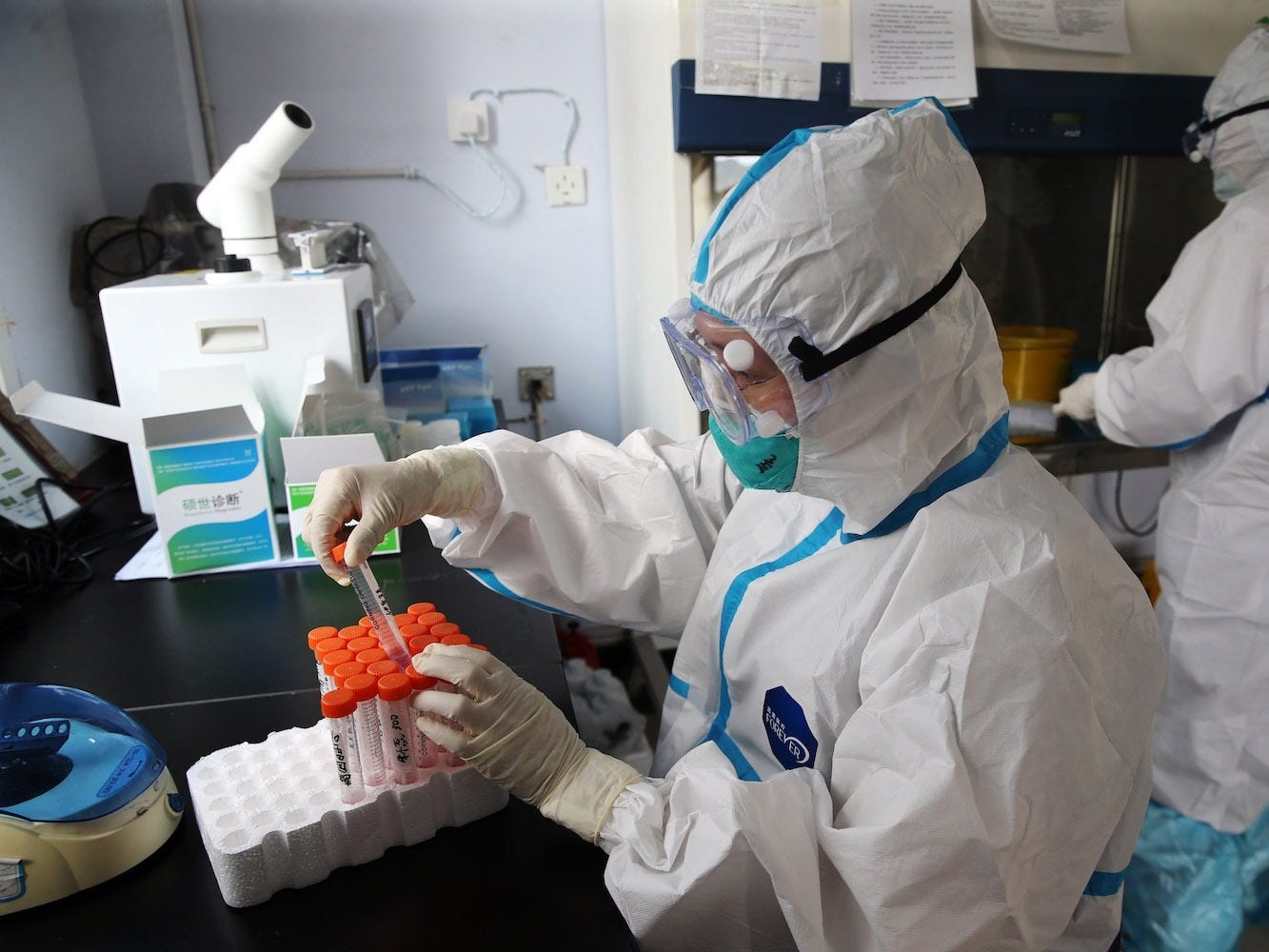 A laboratory physician at the Centers for Disease Control and Prevention, prepares to perform nucleic acid testing on a novel coronavirus specimen in Chongqing, China, on May 3, 2020
Costfoto/Barcroft Media via Getty Images

China has confirmed that it had ordered unauthorised laboratories to destroy samples of the new coronavirus but insisted that it was due to "biosafety reasons".

The announcement comes after Secretary of State Mike Pompeo has repeatedly said that China refused to give virus samples taken from patients infected with Covid-19 in late December last year and that officials had destroyed early samples, according to South China Morning Post.

Liu Dengfeng, an official with the Chinese National Health Commission's science and education department, said in a Beijing briefing on Friday that the samples were destroyed to "prevent the risk to laboratory biological safety and prevent secondary disasters caused by unidentified pathogens."

He insisted that this was not done to cover-up or hide samples from other countries, but was done strictly for biosafety reasons."The remarks made by some US officials were taken out of context and intended to confuse," Liu said.

Liu said that when the pneumonia-like disease was first reported in Wuhan, "national-level professional institutes" were working to identify the pathogen that was causing it.

"Based on comprehensive research and expert opinion, we decided to temporarily manage the pathogen causing the pneumonia as Class II - highly pathogenic - and imposed biosafety requirements on sample collection, transport, and experimental activities, as well as destroying the samples," he said.

The official said that this was standard practice in China for the handling any highly pathogenic samples.

Chinese public health laws specify that laboratories not meeting the requirements must either transfer them to a qualified depositary for safekeeping or destroy them.

Liu Dengfeng did not mention the Trump administration's claims that the virus originated in a laboratory in Wuhan, China.

Pompeo has previously attacked the Chinese Communist Party for attempting to cover up the extent of the outbreak. He has accused the country of not reporting accurate numbers and of censoring research regarding the coronavirus.

"The Chinese Communist Party tried to suppress information about this virus, about where it began, about how it started, about how it was being transmitted from human to human, indeed employed the World Health Organization to further that storyline," Pompeo told Christian radio program Focus on the Family, earlier this week, Newsweek reported.

The news comes as tensions between the US and China appear to be deteriorating. While Trump initially praised President Xi Jinping's response to the outbreak in January, the president and his administration have since blamed it for deliberately starting the virus.

Trump added to White House speculation in April when he said that he had evidence showing that the coronavirus originated from a lab in Wuhan, China, but that he would not reveal what it is.

Earlier this month, Trump suggested that China's handling of the novel coronavirus is proof that Beijing "will do anything they can" to ensure he isn't reelected in November.

At the time of writing, the US has seen more than 1.4 million confirmed cases and 88,507 deaths, according to Worldometer.

Related Links
The US and China are on the brink of a new Cold War that could devastate the global economy
Chinese lawyer disappears after posting a letter criticising government's Covid-19 response
Wuhan orders all its 11 million residents be tested for the coronavirus after 6 new cases found
Next on Business Insider
Cabinet ministers gather to pressure Boris Johnson to quit as prime minister, sources say