China has some of the worst air pollution in the world. In several cities, thick layers of smog are common, resulting in thousands of deaths every year. According to multiple studies, the top contributor of air pollution-related deaths in China is coal.

To improve the country's air quality, the Chinese government vows to spend at least $360 billion on clean energy projects and create 13 million new renewable energy jobs by 2020. China's latest energy megaprojects — two giant solar farms in Anhui, one of which will go online in May — could get the country closer to that goal.

According to a recent study, pollution from coal caused 366,000 premature deaths in 2013 in China.

In late 2017, the country built a massive floating solar farm on top of a former coal mine that had collapsed and flooded. 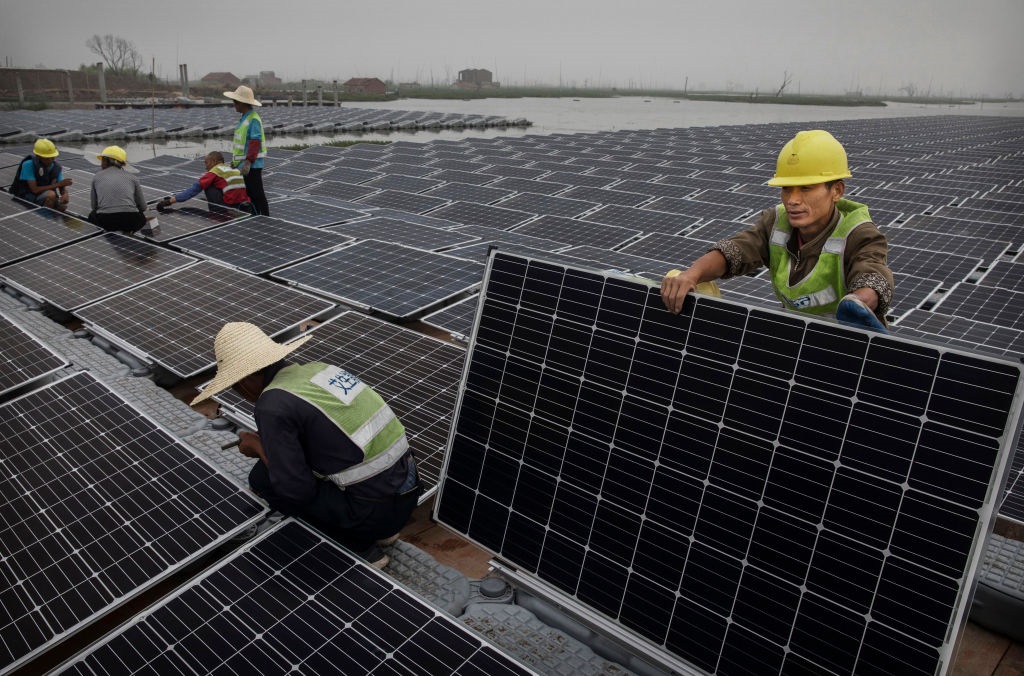 It's currently the world's largest floating solar project and will operate for up to 25 years. 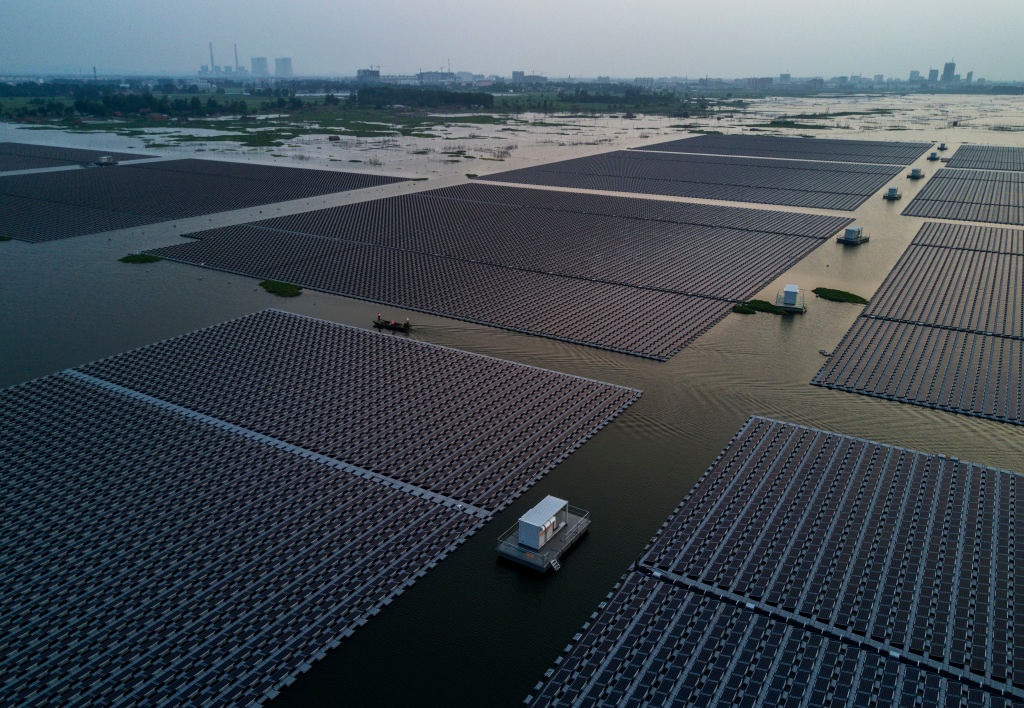 A Chinese fisherman rides in a boat on land was flooded out more than a decade ago, near the site of a large floating solar farm project under construction by the Sungrow Power Supply Company on a lake caused by a collapsed and flooded coal mine on June 15, 2017 in Anhui province, China.
Kevin Frayer/Getty Images

Local energy company Sungrow Power Supply developed the farm on a lake that was once the site of extensive coal mining. Chinese fisherman Wang Duoli, 50, whose family home, background, was flooded out more than a decade ago, paddles in his boat.
Getty Images

After an explosion caused the mine to collapse, a lake formed and flooded it. Chinese fisherman Wang Duoli, 50, whose family home, background, was flooded out more than a decade ago, paddles in his boat. Getty Images

As The Guardian notes, building solar plants on top of lakes and reservoirs can protect agricultural land and wildlife on the ground. Floating solar farms use flotation devices, seen below, which help it stay above water. This year marks China's fourth anniversary since it started a "war on pollution," and there's reason to believe the country is making headway. Looking at over 200 monitors throughout China, a new analysis found that Chinese cities have cut concentrations of fine particulates — often considered the deadliest type of pollution — by 32% on average since 2013.

The city of Xingtai saw the largest pollution decline at 52.2%. China is already one of the world's biggest investors in alternative energy sources like solar, wind, and hydropower. New solar farms signal the slow decline of fossil fuels like coal in China and other countries around the world. Street vendors and customers gather at a market near the coal plant and solar project in Anhui province, China.
Getty Images

In 2015, Sweden started to phase out its fossil fuel usage and bolster investment in solar, wind, smart grids, and cleaner transport. That same year, Nicaragua pledged to increase its share of renewable energy from 53% to 90% by 2020.

China is one of the biggest countries to make a significant move away from coal. Last year, the country cancelled 104 new coal plants that were in development across 13 provinces. Although the US relies less on fossil fuels in 2018 than it did a decade ago, President Donald Trump has promised to boost the country's struggling coal industry. In mid-January, Trump announced that the US will administer a 30% tariff on imported solar panels, which will fall to about 15% over a period of four years. Part of his "America First" platform, the tariff could hurt the solar industry in the US.

Today, coal still accounts for over 40% of the world's electricity production. But within 10 years, energy experts forecast that coal will peak and then fall. At the same time, cleaner sources, like solar and wind, will become cheap enough to surpass it. A worker carries a flotation device that keep the solar panels above water for a massive floating solar farm in Anhui province, China.