Checkers just revived ‘Xtra Savings’, its answer to Smart Shopper and WRewards – but its discounts are a little variable Checkers on Monday relaunched a concept it tested in 2016, then shelved for a couple of years: a discount card called Xtra Savings.

As of Monday morning registration for Xtra Savings was available on the Checkers website, and the chain's smartphone app was also available in a major new version featuring Xtra Savings.

The card will allow savings of up to 25% of groceries, Checkers' marketing material promised, though it listed launch discounts as deep as 50% on some items.

According to its website, registration for Xtra Savings will also provide "early access" to annual special events such as Black Friday and Back to School – but it did not say exactly what form that access would take.

The card launch is being promoted by way of an endorsement from British magician Steven Frayne, known on stage as Dynamo. 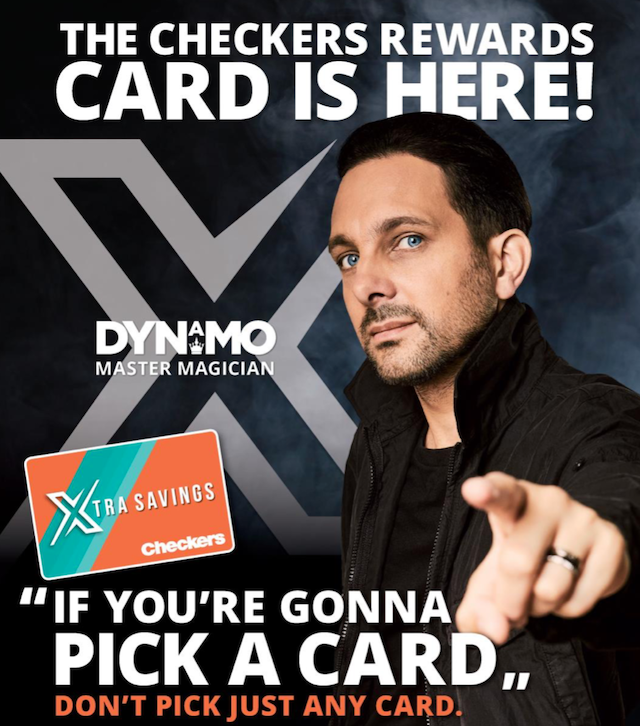 Many of the special launch deals require buying multiple units of the same item, or a minimum amount of something; buy R150 worth of meat and you will save R20, Checkers says, or you can buy three cans of tuna for R35.

Comparing the Xtra launch prices with the standard offers from competitors shows that some items are deeply discounted – while on others Checkers is not offering much of a saving.

A headline discount for the launch campaign is a Weber Master Touch 57cm kettle braai (shown in green enamel in a brochure but with no indication that other colours are not available) for R2,700. That is a saving of nearly 20% compared to other retailers – even if that discount is closer to R500 than the R1,300 Checkers claims.

On beer, on the other hand, the Xtra Savings are not all the much extra. Checkers is offering what it describes as a R45 saving on 24 bottles of Heineken, available for R235 for those who swipe the new card. For the next week Makro, which also uses a membership card, is running the same case of beer on promotion for R239, or a little under 2% more.

And on some items there is no sign of the discount Checkers claims at all, such as a two-pack of Twinsaver roller towel, which appears under a "save up to 35%" banner in a Checkers insert – yet is available for the exact same R24.99 at Pick n Pay.

Xtra Savings ran as a pilot project in some Western Cape stores in 2016. It was phased out in favour of what Checkers at the time said was a "more convenient" way of offering savings to customers, by having them enter their cellphone numbers at till points.

Related Links
Take a look: Inside Checkers' brand new flagship store in Sandton, designed to take on Woolworths
This is what braai essentials cost at Checkers, Pick n Pay, Spar and Shoprite - and you might be...
Giant ass cookies: Shoppers at Spar and Checkers compare oddly-named biscuits
Next on Business Insider
American Airlines stopped a family from boarding a flight after they said their daughter had special needs