This R50,000 iPhone X has its own solar battery - and the first one will be mailed to Elon Musk A Russian accessories maker called Caviar just released one of the most expensive iPhones you can buy.

The iPhone X Tesla is a customised iPhone X plated in carbon and gold with a built-in solar battery. The device starts at about $4,000 (R50,000) and comes in its own wooden carrying case.

Caviar is known for making elaborate accessories that cost thousands of dollars. What makes the cases different is that they're not removable — Caviar adheres its designs directly to the device itself.

But the Tesla device — named because of Elon Musk's commitment to sustainable energy — is Caviar's first with its own solar battery.

Here's how it works: Rather than a standalone case, Caviar seemingly adhered the Tesla case directly to the phone.

The Caviar iPhone X Tesla is equipped with a solar battery. The battery harnesses solar energy in order to charge up your phone. Caviar says the battery can charge using either the sun or bright lamps. 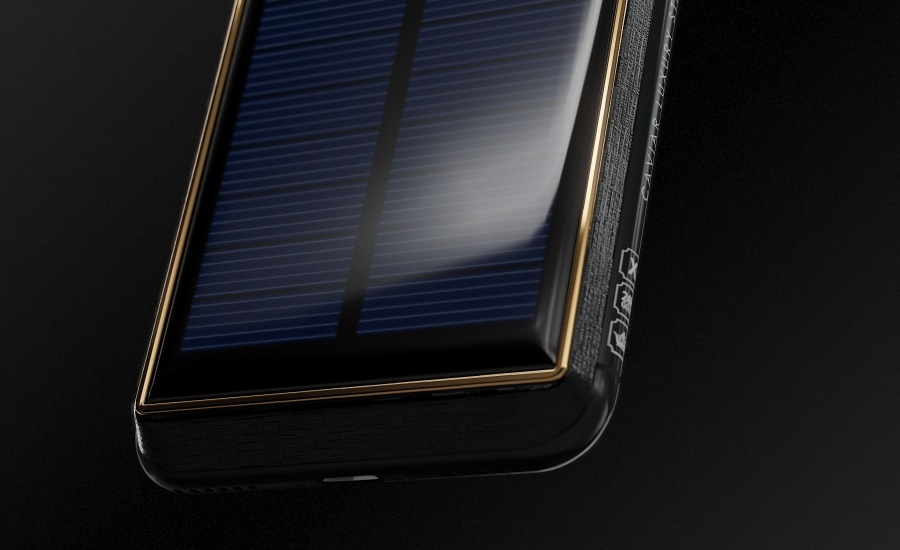 The device has a carbon base, a solar battery charge indicator, and a shock-resistant solar panel. The case seems to make the iPhone X considerably thicker, though. With the case on, the device is 16.2 mm — without a case, an iPhone X is only 7.7 mm. The iPhone X Tesla case is so thick, the camera bump on the back of the phone becomes recessed inside the case. Caviar is even sending the first product to Elon Musk himself. 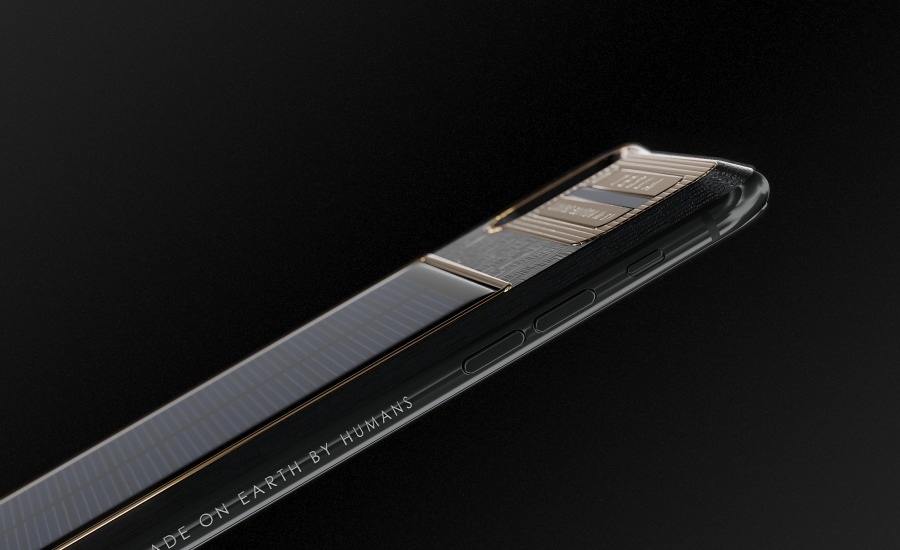 The phone is engraved with the phrase "Made on Earth by humans" — the same phrase Musk had printed on the circuit board of the Tesla Roadster he sent into space aboard SpaceX's Falcon Heavy rocket.

Caviar originally intended for there to only be 99 devices available. Now, there are 999 up for grabs. Caviar said that the number of pre-orders for the iPhone X Tesla exceeded its expectations. Each of the 999 products will have their own individual number.

The iPhone X Tesla will ship to your city for free. You don't have to pay for it until it has undergone a "detailed inspection," Caviar says. You will likely have to pay for taxes and customs duties, though.

Caviar says it expects its the iPhone X Tesla to be in the hands of "the astronauts, pioneers, people who make great discoveries on the edge of human capabilities."