After Ashwin Willemse, Castle beer to be sold without labels, copying a Coke campaign in the Middle East Castle Lager on Monday night announced that it will be selling label-free beer.

The beer brand’s Twitter account tweeted that in light of recent events (a reference to Willemse’s decision to walk off a SuperSport set because he felt patronised by Naas Botha and Nick Mallett), it decided to "lose our label in solidarity with all those who are unfairly and callously labelled on a daily basis. This small act is a pledge that Castle Lager will work towards eradicating the labels that divide us. #SmashTheLabel #AshwinWillemse."

In light of recent events, we’ve decided to lose our label* in solidarity with all those who are unfairly and callously labeled on a daily basis. This small act is a pledge that Castle Lager will work towards eradicating the labels that divide us. #SmashTheLabel #AshwinWillemse pic.twitter.com/k3y17cUxdQ

Vaughan Croeser, brand director of Castle Lager, told Business Insider SA that the label-free beer will be on sale at the rugby Test match between South Africa and England on June 9. Castle does not plan to sell all beer without labels, as that would cause confusion, he added. "It will be done in a controlled way."

UPDATE: Castle says it isn’t taking Ashwin Willemse’s side with its new label-free beer. But it is worried about the race debate in SA.

Castle Lager is a major rugby sponsor, and in 2016 renewed its sponsorships with SA Rugby for another five years. It has been a sponsor of the Springboks for almost two decades.

Castle’s announcement is similar to a Coke campaign two years ago, when it removed its logo from its cans in the Middle East to encourage people not to judge one another, says South African marketing expert Andy Rice.

The no-label campaign ran throughout Ramadan in 2015. One side was blank, while the other side read: "Labels are for cans, not for people." 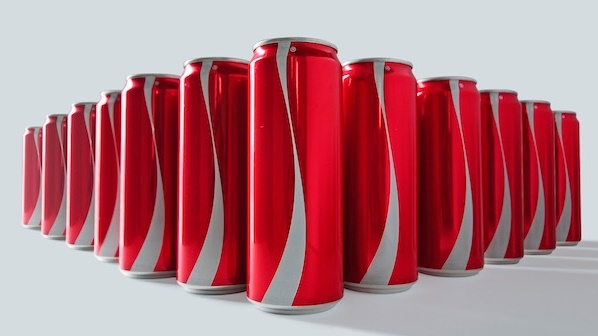 "In a time when equality and abolishing prejudices is a hot topic for discussion around the world, how does one of the leading brands like Coca-Cola join in the conversation? In the Middle East, during the month of Ramadan, one of the world's most well-known labels has removed its own label off its cans in an effort to promote a world without labels and prejudices," Coke said in a statement at the time.

“The phrase ‘can of worms’ springs to mind.”

By Tuesday morning, the tweet was liked by almost 700 followers, but a large number of the comments were negative about the announcement.

So SAB thinks racism is a gimmick.

The Castle account actively interacted with the comments in a number of replies:

“We are not taking sides but are rather in solidarity with thousands of South Africans who have been labelled by society. Our wish is for a more inclusive South Africa, which can also be seen in our latest TVC [TV commercial].”

"We’ve noticed that labelling is a prevalent issue in South Africa and this is why we are standing against all forms of stereotypes and encouraging everyone to #SmashTheLabel."

"For us, this is an issue around the negative impact and stigma that labels can have on people. We believe that people are more than the labels that society put on them."

Not at all, Kagiso ??. We plan to raise awareness about stereotypes and help to start conversations. By so doing, we are putting the responsibility in the hands of South Africans to start seeing beyond each other’s labels and getting to know each other.