Women's sport "has taken a step back" because of the ruling that will force Caster Semenya to artificially lower her natural testosterone levels to continue competing in sport, a decision that sets a "dangerous precedent" for other communities, like trans women competing in women's sport.

That's according to a director at prominent LGBT+ charity Stonewall, who told Business Insider in a statement this week that it is "deeply" disappointed with the Court of Arbitration for Sport (CAS), an international governing body that ruled in favour of the International Association of Athletics Federations (IAAF) on Wednesday, an organisation which believes testosterone levels in some female middle distance runners must be restricted.

The ruling will have an immediate impact on two-time Olympic gold medalist Semenya, who won back-to-back 800 metre titles at the 2012 and 2016 Games because she is, according to the BBC, an athlete with "differences of sexual development (DSD)".

The British National Health Service (NHS) defines DSD as a "group of rare conditions where the reproductive organs and genitals don't develop as expected".

According to the NHS, "if you have a DSD, you'll have a mix of male and female sexual characteristics".

A person with DSD, sometimes called "intersex," may have sex chromosomes traditionally associated with being male or female, but have reproductive organs or genitals that may be of the opposite sex, not clearly of one sex or the other, or a mixture of the sexes.

The BBC says DSD "can lead to higher levels of testosterone - a hormone that increases muscle mass, strength, and haemoglobin, which affects endurance."

As Semenya has lost her case against the IAAF, as per the CAS ruling, she must take medication to lower her testosterone level if she wants to continue competing in middle-distance running events.

The BBC reports that the CAS rules will apply only "to women in track events from 400 meters up to the mile," while sprint athletes and long distance runners will be unaffected by the ruling.

Kirsty Clarke the Director of Sport at Stonewall, told Business Insider: "It's deeply disappointing to hear the CAS has ruled against Caster Semenya."

She added that the ruling sets a "dangerous precedent" as it will regulate "how people - particularly women - participate in sport".

The BBC reported that the CAS itself acknowledged the regulations were discriminatory, but "necessary" to "protect the integrity" of women's athletics.

Athletics South Africa (ASA), the national governing body for athletics in South Africa, is also outraged at the ruling and compared it to Apartheid, a system of institutionalized racial segration that existed in South Africa from 1948 to 1994.

"South Africa knows discrimination better and CAS has seen it fit to open the wounds of Apartheid, a system of discrimination condemned by the whole world as a crime against humanity," ASA said, according to Reuters.

"We believe their decision is disgraceful," ASA said. "We are reeling in shock at how a body held in high esteem like the CAS can endorse discrimination without flinching. For CAS does not only condone discrimination but also goes to lengths to justify it, only undermines the integrity that this body is entrusted with. We are deeply disappointed and profoundly shocked." 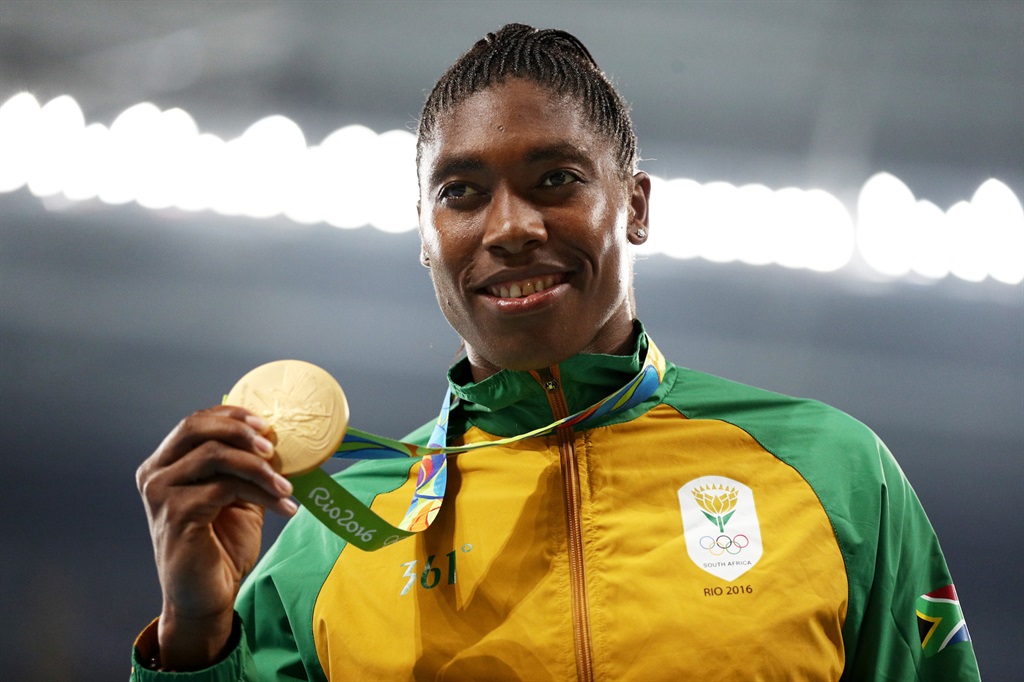 Semenya with the gold medal she won at the 2016 Olympic Games in Rio de Janeiro.
Photo by Patrick Smith/Getty Images

The World Medical Association (WMA), an international and independent confederation of medical associations, is also against medicating DSD athletes to reduce their testosterone levels.

In a statement made in April, one week before the CAS ruling, it said: "The WMA fears the regulations would constrain the athletes concerned to take unjustified medication, not based on medical need, in order for them to be allowed to compete, and accordingly require physicians to prescribe such medication."

The WMA added that it is considered "unethical" to prescribe treatments for this, urgently calls on physicians around the world to "oppose and refuse to perform any test or administer any treatment" because it "might be harmful to the athlete."

This ruling has wide ramifications

Stonewall's Clarke told Business Insider that Semenya and intersex middle distance runners will not be the only athletes affected as people "wrongly conflate" intersex with trans people's rights.

"The reality is that many trans people still feel unwelcome, or even actively excluded from playing sports. We have long been concerned about the impact that these debates have. When you question one group's rights you expose the rights of everyone to be questioned, scrutinized and even limited.

"In this case, women's sport has taken a step back because of misinformed debates about what women's bodies should be capable of, rather than what they are capable of."

Semenya said the IAAF "have always targeted me specifically," according to the BBC.

However, she said: "For a decade the IAAF has tried to slow me down, but this has actually made me stronger. The decision of CAS will not hold me back.

"I will once again rise above and continue to inspire young women and athletes in South Africa and around the world."

Semenya will still be able to compete as normal at the upcoming Diamond League event in Doha on Friday, and can appeal the CAS decision to the Swiss Tribunal Courts, the BBC says, but will otherwise have to become testosterone compliant in the months ahead - or never run again.

Clarke said: "The fact that some women, including Semenya, may now have to inhibit their performance or face expulsion from sport is a wake-up call and we, along with many others, are concerned about the potential impact this judgment could have across all of women's sport."

"At Stonewall, we believe what's happened is a missed opportunity to send a positive message to women of all races, shapes, sizes and abilities that sport is open and welcoming of everyone."