A South African cash security group has built a unique safe that it says can withstand the worst attacks from local criminals.

Cash Connect, which transports and manages R70 billion worth of cash a year for retailers like Spar Group, Shell, Engen and Pick n Pay, recently launched the Connectr© 3000.u (N3K).

The N3K, which weighs 650kg, can secure 3,000 notes in a compact, under-counter vault built for the likes of petrol stations, fast food outlets, retail stores, building suppliers, and wholesalers. 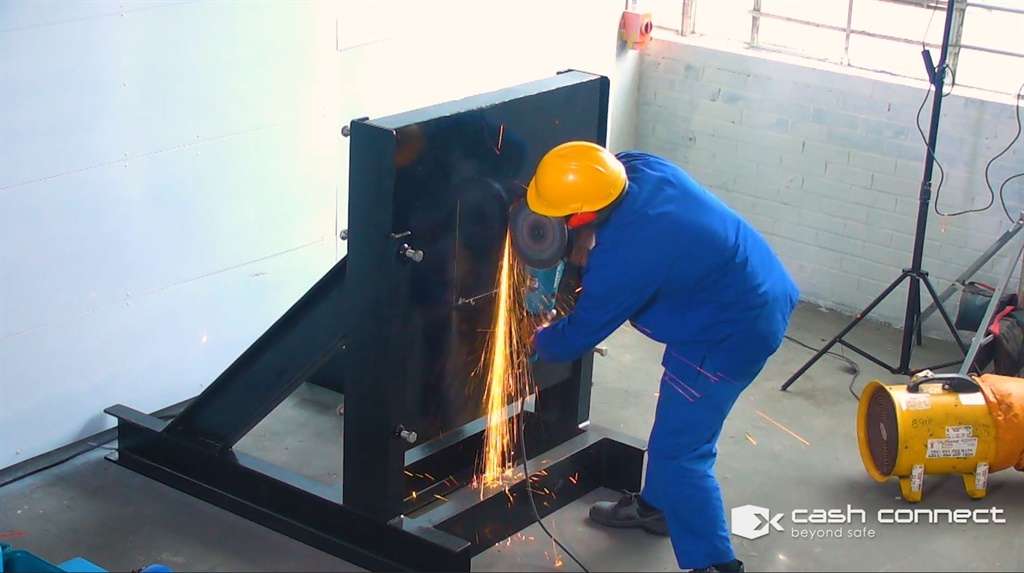 Cash Connect put their safe to the test using mechanisms SA criminals have used to get into safes: grinding, jack hammering, and drilling. The company says its products could withstand such attacks for up to four hours.

They also tried to blow their N3K up – twice – and failed, despite using twice the amount of explosives that have been used in real-life robberies. The company also recently launched the N10K. It is a relative monster at 950kg, holding 10,000 banknotes at a time.

The safes can count money and detect counterfeits, uploading information about the cash in real time, and include features such as biometric user identification.