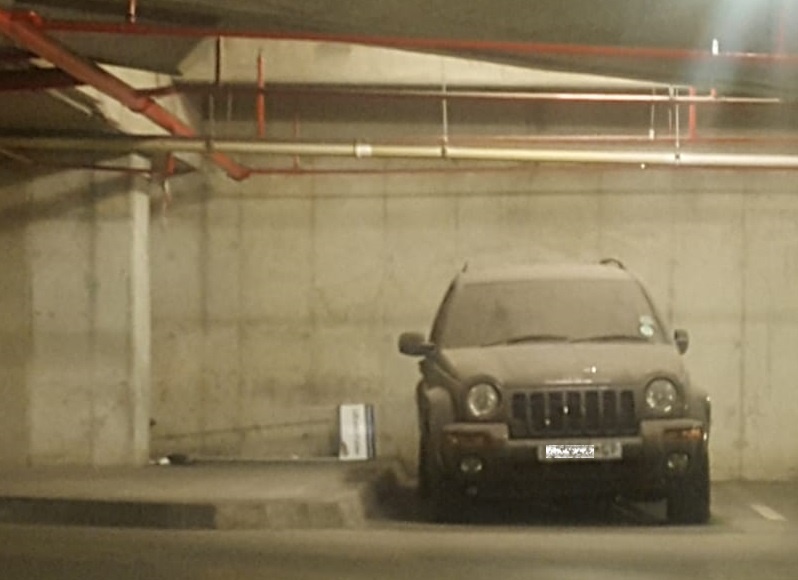 An apparently abandoned vehicle in the Sandton Gautrain parking garage.

Cars are gathering dust and may have been abandoned for years in the nine Gautrain stations across the province.

In the depths of the parking garage of the Sandton Gautrain station, we found at least four very dusty cars that look like they have been in the garage for some time. A dusty and unused car in the Sandton Gautrain garage. Japhet Mathanda Ncube, editor of The Star, recently tweeted some pictures of apparently abandoned cars, adding that one of the cars has been in the garage for seven years.

At current parking rates (R100 a day for periods of longer than ten days), it would cost a mean R255,000 to drive out of the garage. Or you can simply buy a new Ford Fiesta out of the box: There is no maximum limit on how long a vehicle can be parked at a station, says Kesagee Nayager, Gautrain spokesperson.

"Without following due process, we cannot remove a vehicle that has been parked at a station. It is legal and permissible for a passenger to park long term. Ideally, though we would like to be informed of the passengers intention to do so."

Nayager says there is very small number of abandoned vehicles across the nine stations.

Before removing a vehicle, Gautrain officials will first attempt to establish contact with the owner - or the family of the owner in the event that the owner has passed away - to find “a mutually amicable solution”, says Nayager.