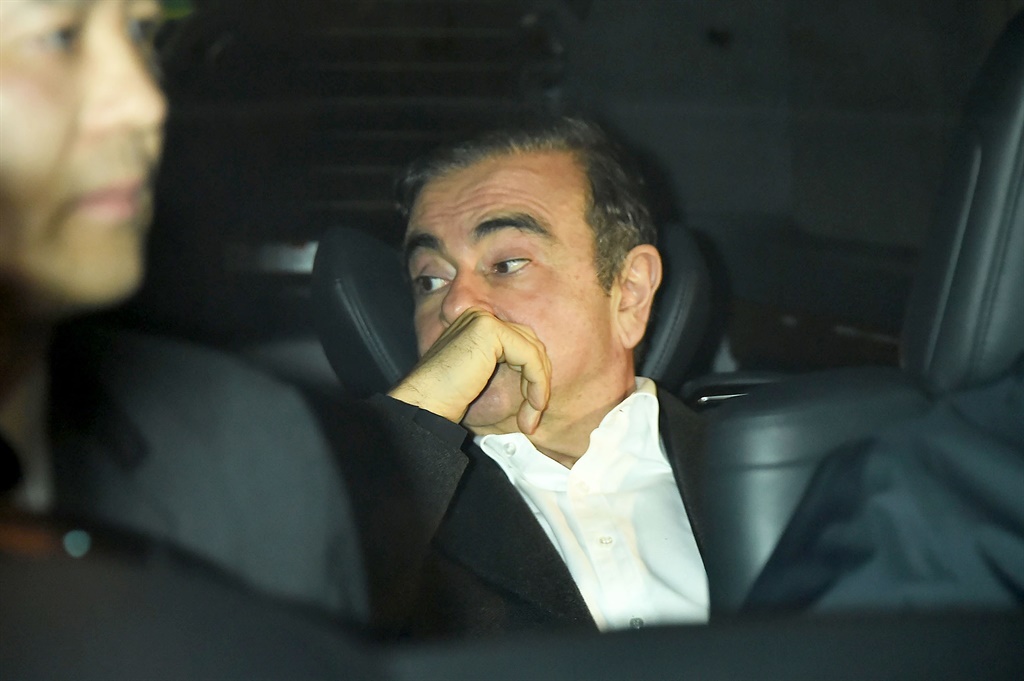 The former motoring titan Carlos Ghosn extricated himself from custody Wednesday after 108 days in jail.

The Brazil-born former CEO of Renault and chairman of Nissan Motors paid one of the largest bail fees in the history of Japan - 1 billion yen, or R130 million - to leave jail in Tokyo.

Flanked by security figures, Ghosn emerged from the jail wearing blue workman's clothes, a baseball cap, and a face mask as he headed to his new home, a court-approved house in Tokyo.

The conditions of his bail deny him access to people overseas either by phone or by computer, as well as the use of surveillance cameras, according to The Wall Street Journal.

Ghosn's experience has been a humiliating one for a former CEO who commanded immense respect in the auto world. Ghosn in November was accused of misreporting his salary and compensation having previously held top positions at the Nissan-Renault-Mitsubishi Motors automotive alliance.

He was kept in solitary confinement for much of his 3-1/2-month stay in the Japanese jail, with limited access to the outside world. The French-Lebanese former executive was able to bathe twice a week, with 30 minutes a day of exercise, according to Bloomberg.

Prosecutors in Japan have alleged that the Renault-Nissan-Mitsubishi Alliance chairman and CEO earned a salary of about 10 billion yen, or R130 million, from 2011 to 2015 but reported only half of that. Ghosn could face up to 10 years in prison and a fine of up to 10 million yen if found to have committed any wrongdoing.

The executive was also accused of failing to report cash bonuses totaling about 4 billion yen (R500 million), according to the Japanese newspaper Asahi Shimbun.

"I am extremely grateful for my family and friends who have stood by me throughout this terrible ordeal," Ghosn said in a statement released Tuesday.

"I am also grateful to the NGOs and human-rights activists in Japan and around the world who fight for the cause of presumption of innocence and a fair trial. I am innocent and totally committed to vigorously defending myself in a fair trial against these meritless and unsubstantiated accusations."