Capitec’s new head office in Techno Park, just outside Stellenbosch has been designed to encourage employees to climb stairs and remain active; there are only two lifts for 2,000 people.

Previously, these employees were housed in different buildings. But following Capitec’s explosive growth in recent years - the bank now has 14 million clients – it was decided to bring them together in a giant new head office, called iKhaya (“home” in isiXhosa), at a reported cost of R800 million.

The building designers dhk Architects say the smooth-edged building, which was built in a “doughnut’ shape, references the brand’s curved logo. At reception, visitors are greeted by a triple-volume space, with a large ground-floor lounge. It leads to a stadium area with a staircase which doubles as a seating area for company presentations and talks. 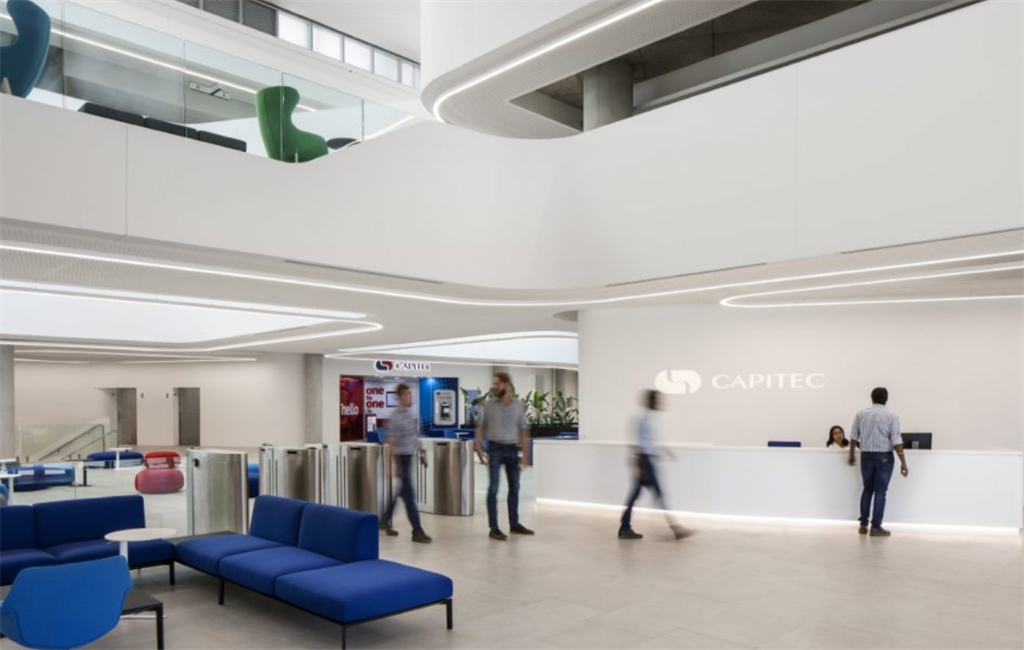 Large open-plan work areas are housed on the first and second floors. The building has many large open spaces, which are connected by a series of bridges and staircases. According to dhk, this will create opportunities for “chance collaborative encounters” and personal interactions. The fire escape stairs were also designed to double as meeting areas. 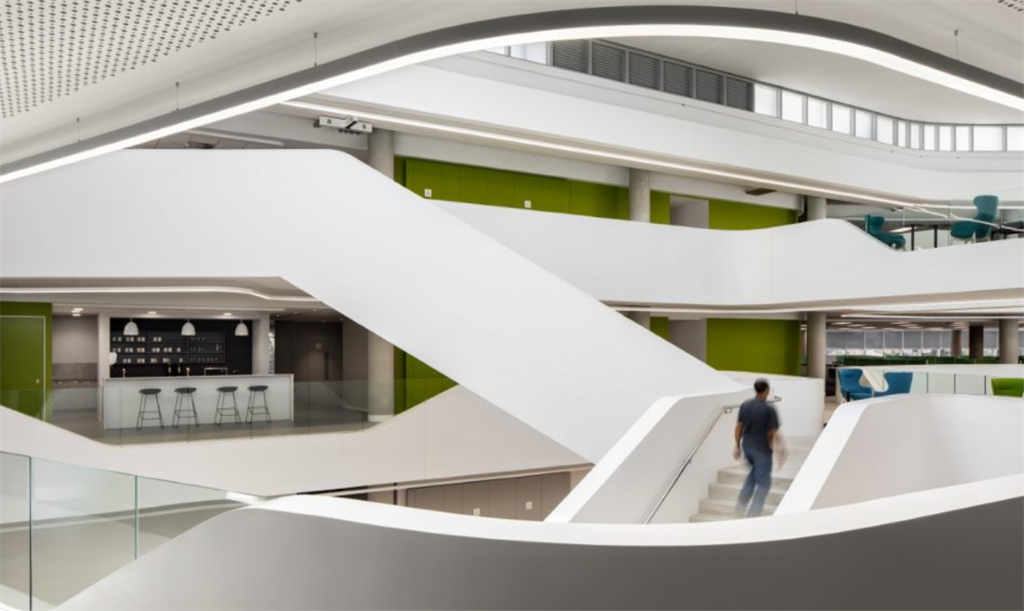 All the stairs may also help office workers lead a less sedentary life.

“To promote employee well-being, the building is purposefully limited to only two passenger lifts for its workforce of approximately 2,000,” dhk says. Throughout the building there are roomy stairs to “encourage walking” and limit the use of confined lift spaces.

Capitec has “rehabilitated” an open space close to its building for walking and running.  The building also provides cyclist facilities and “purpose-designed” showers.

There is also a courtyard where staff can take a break.

Throughout the building, there are different kitchenettes, meeting rooms, and breakout areas.

The building used locally sourced materials to shrink its carbon footprint, and has a greywater system, as well as borehole and rainwater harvesting for irrigation.

The building has a full-service kitchen, canteen area, a small satellite café as well as a recording studio, Capitec Bank branch and an ATM lab facility. Related Links
It may be easier to get a government-backed loan for your business now - here's what changed
Capitec is about to scrap free airtime and electricity purchases
Capitec just announced a 100% refund on interest for payment holidays – and you can still apply
Next on Business Insider
A UK company testing out a 4-day work week to attract employees says it's seen a boost in productivity, profits, and morale