Cape Town is getting apartments the size of 1.5 parking spaces – for R1.35 million each Micro-apartments in the newly launched Newlands Peak development in Cape Town’s Southern suburbs will be sold from R1.35 million when sales open at the end of April.

The 29 square metre apartments are roughly the size of one and a half public parking spaces, and will be sold for an effective R46,500 per square metre. (That size does not include balconies of at least 5 square metres which come standard with every apartment.)

The development is by Rawson Developers in the leafy suburb of Newlands, a roughly 12-minute drive from the Cape Town city centre. In promotional material, developers say all apartments will have access to a rooftop deck with two heated swimming pools, a  state-of-the-art fitness centre, high-speed fibre internet connection, and a luxurious foyer with a concierge. 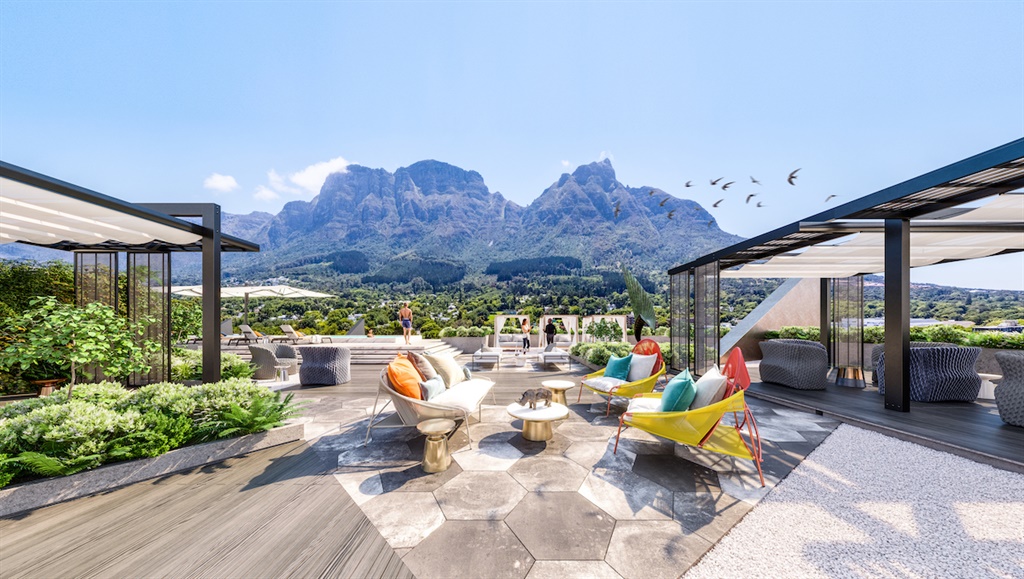 The bottom floors will have a coffee shop and restaurant, landscaped atrium, and drop-and-go laundromat.

The other eight stories of the eleven-story building will be apartments, with the top two floors used for penthouse apartments. The entire building will be pet-friendly and have access to secure undercover parking, developers said.

Construction is set to begin this year.

* This article has been updated, at the request of Rawson Developers, to include the fact that every apartment comes with a minimum five-square-metre balcony.