Now, the cast and crew of a film launching at the festival paused their own red carpet premiere to stage a protest against the Russian invasion of Ukraine.

On Wednesday, Ukrainian director Maksym Nakonechnyi led a protest outside the festival's Debussy theatre before the premiere of his film "Butterfly Vision." Nakonechnyi appeared on the red carpet with his producers Darya Bassel and Yelizaveta Smit, as well as lead actor Rita Burkovska.

The group was joined by other attendees atop the red carpet where they unfurled a large poster with the message: "Russians kill Ukrainians. Do you find it offensive and disturbing to talk about this genocide?"

The protestors also held translucent squares to their faces emblazoned with crossed-eye iconography used on social media sites to hide content that is potentially sensitive or disturbing.

"Butterfly Vision," which is premiering as part of the festival's Un Certain Regard section, follows the story of a young Ukrainian female soldier (Rita Burkovska) who returns home after being held captive for months by Russian soldiers, only to discover she is pregnant after being raped by her warden, according to Deadline.

Speaking with Deadline earlier this week, Nakonechnyi said the film is "totally fiction" but is heavily influenced by the current invasion of Ukraine.

"The traces of war keep chasing you long after the hostilities are gone. I want to repeat that the war is not only a location where the shelling and fire takes place," he said. 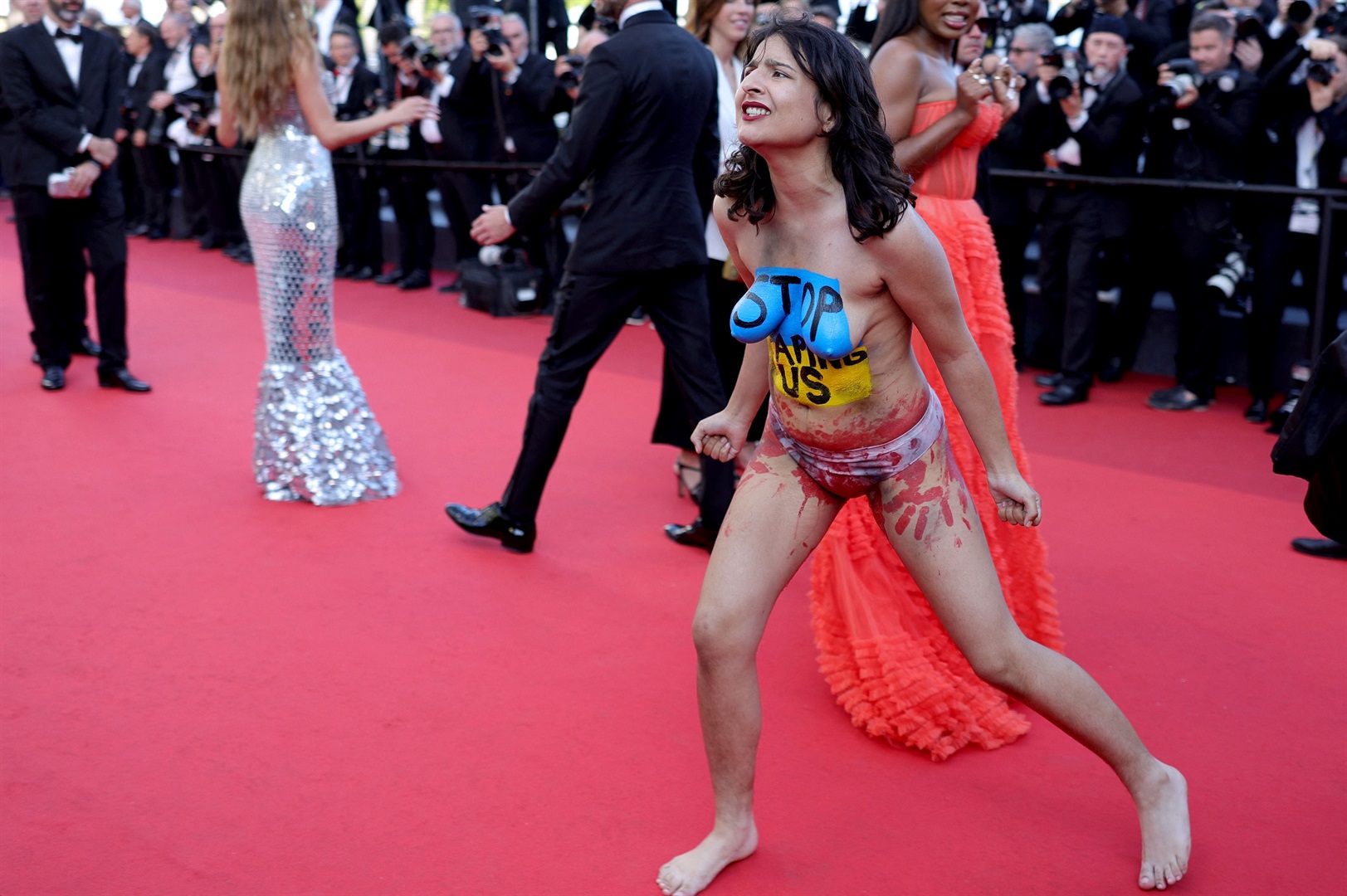 Nakonechnyi isn't the first person to stop the red carpet in protest of the Russian war in Ukraine at Cannes.

The woman, who has yet to be identified, stripped off her gown on the red carpet and revealed the words "stop raping us" painted on her stomach alongside the colors of the Ukrainian flag. Her waist and legs were covered in red-painted handprints.