The old advice about letting food be your medicine is ringing truer than ever in the face of some new research.

A study published Tuesday in the journal PLOS Medicine suggests that what you eat can raise or reduce your risk of deadly cancers.

The study's 56 authors surveyed the diets of 471,495 people in 10 European countries over an average period of 15 years.

They found that people with less nutrient-rich diets — which included more processed meats, salt, sugary pastries, and saturated fats — were more likely to develop cancer than people who ate food with more nutrients and dietary fibre.

"In this study, we observed a higher risk of cancer for people eating, on average, more foods with a high content in energy, sugar, saturated fat, or sodium," the study's lead author, Mélanie Deschasaux, told Business Insider in an email, giving examples such as processed meats, pastries, and cola.

People whose diets were lowest in nutritional quality (the bottom 20% of the group studied) were found to be 7% more likely to develop cancer compared with people with the most nutritious diets (the top 20%).

But Deschasaux said that number was less significant than the clear, consistent, and compelling trend the researchers found: A diet plentiful in plant-based proteins, like beans and nuts, along with fibre-rich fruits and vegetables seems to be the best for a cancer-free life.

The researchers found this was especially true for certain kinds of cancer, including colon, stomach, lip, tongue, mouth, sinuses, stomach, lung (for men), and liver and breast (for women).

The authors of the new study controlled for other factors, including a person's family history of cancer, how active they were, their body mass index, and whether they smoked. They found that regardless of any of those variables, a person with a lower-quality diet was more likely to develop cancer.

Interestingly, some of the countries found to have lower-quality diets included France, the UK, and Germany. People in Mediterranean countries like Greece, Italy, and Spain — as well as in Norway and some parts of the UK — were found to be generally healthier.

The results are the latest in a growing body of evidence suggesting that focusing on plant-based, fibre-rich diets can lead to a long life, while consuming processed food can be harmful. Studies have consistently found that following a Mediterranean diet — which is high in fruits, vegetables, healthy fats like olive oil and avocado, and plenty of fibre from beans and nuts — is associated with a longer, healthier life.

In February, another study of more than 100,000 French adults found that those who ate more processed and packaged foods like chips, sugary cereals, frozen microwave dinners, and sweet drinks were more likely to develop any kind of cancer.

Though it's a bummer that tasty processed foods can hurt you, the good news is that eating more whole grains and fibre-rich veggies can decrease your risk of developing cancer. That's especially true when it comes to colon cancer, which is becoming one of the most common cancers among young adults in their 20s.

Dietary fibre cannot be absorbed by the body and instead improves the way we digest food, "shortening the amount of time that wastes travel through the colon," according to the Physicians Committee for Responsible Medicine.

The committee added that "when bacteria in the lower intestine break down fibre, a substance called butyrate is produced which may inhibit the growth of tumours of the colon and rectum."

Fibre from whole grains specifically is good for your gut because the bran and germ from a grain can stimulate antioxidant activity and include key nutrients like vitamin E, copper, and zinc.

A scoring system for food 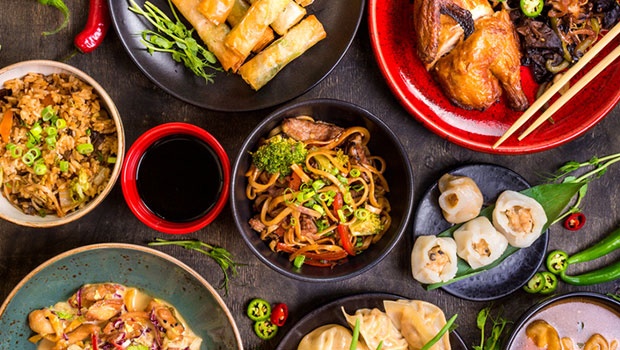 Sometimes it feels as if healthy eating would be much easier with a cheat sheet. The researchers behind this new study say France has created a good one.

The grading system, called "Nutri-Score," is a way to evaluate packaged foods based on their ingredients. Items score points for having more fibre, protein, fruit, and vegetables, but they lose points if they're loaded with sugar, salt, saturated fat, or lots of calories.

Essentially, the ranking follows the dietary rules that the new study found could play a role in cancer risk.

A food gets a letter grade and a colour based on its point total. A food with a dark-green A is healthiest, while a dark-orange E is the worst. This Nutri-Score system was implemented in France last year. But it's not mandatory.
Sante´ publique France

The tool was rolled out last year in France on a voluntary basis, meaning food manufacturers can choose whether to include it on their products.

But as of October, only six French food manufacturers — including the yogurt giant Danone and the french-fry maker McCain — had said they would use the scores on the front of packaging, according to the website FoodNavigator.com.

The study's authors say their results suggest the Nutri-Score scale is scientifically sound and useful.

"A healthy diet is not just about cutting out one particular food or adding another," Deschasaux said. "It is about balance."

If people were given simpler nutrition information like these letter grades, it could be easier to make healthier eating choices and reduce our cancer risk. But this new study indicates that the foods that would garner the best scores are plants like legumes and vegetables — items that generally don't require any plastic wrap or a box displaying a special score.

Related Links
A South African food logistics company is trying to get a licence to grow dagga in the UK
I tried the weirdest of ‘SA’s most instagrammed’ burgers – and it was meh
Nando's just burned Absa with a hilarious ad featuring hyenas and burning TVs
Next on Business Insider
At the current rate, SA will hit its Covid-19 vaccination target in about September 2028