At least 31 people are dead and thousands of homes have been destroyed in three dangerous wildfires which are burning across California.

The Camp Fire, in northern California, started on Thursday morning, killing at least 29 people and burning the entire 27,000-population town of Paradise.

Meanwhile, two smaller fires - The Woolsey and Hill Fires - also started on Thursday to the south, and are burning through parts of Ventura and the outskirts of Los Angeles, shutting down stretches of the freeway. Another small fire broke out on Friday morning inside the city limits of LA.

You can see a map of the fires here.

Among those properties threatened are a number of celebrity homes, and A-listers were among the 250,000 people in Ventura and LA countries who had already been evacuated as of Friday night.

Here are all of the celebrities who have evacuated their homes during the fires so far. Kim Kardashian-West was forced to flee her Hidden Hills property within one hour on Thursday night, according to People, after coming home to find that the wildfire in her neighbourhood was burning out of control.

She filmed the flames from her private jet and shared the aerial video to her Instagram stories, telling fans she was evacuating and asking them to "pray for Calabasas."

She then tweeted that she had "heard the flames have hit our property at our home in Hidden Hills but now are more contained and have stopped at the moment."

I heard the flames have hit our property at our home in Hidden Hills but now are more contained and have stopped at the moment. It doesnâ€™t seems like it is getting worse right now, I just pray the winds are in our favor. God is good. Iâ€™m just praying everyone is safe ???? — Kim Kardashian West (@KimKardashian) November 9, 2018

Kardashian-West also shared a picture on Instagram where she told followers she was trying to take her mind off the fire. Jenner was forced to leave her home in the Malibu hills, explaining on Instagram that she'd gone to a safe house.

A couple of days later, Jenner posted an update explaining that she'd made it back to her house and it hadn't been destroyed, but that it was "devastating here in Malibu" and the hills are "scorched" and "fried." Kim's sister Kourtney lives in the area of Calabasas, and also chose to evacuate.

According to People, she shared a photo of her car trunk packed with bags saying: "I pray that everyone is kept safe and protected from these fires. No Calabasas tonight." After monitoring the situation for a number of hours, Khloé Kardashian tweeted that she had "left with the clothes on my back but I think I packed Trues entire bedroom and closet in my car."

I just left with the clothes on my back but I think I packed Trues entire bedroom and closet into my car ????â€â™€ï¸ obviously sheâ€™s all that matters to me ?? — KhloÃ© (@khloekardashian) November 10, 2018 On Sunday, Jenner posted on her Instagram story to say that "the fire is so close to my house" and that she's "hoping everyone is staying safe."

She added: "I'm hoping for the best," Cosmopolitan reports. Lady Gaga shared an Instagram story telling fans she had been evacuated and showing the smoke surrounding her house.

She then tweeted her prayers amid the fires, adding that she was "sitting here with many of you wondering if my home will burst into flames."

I am thinking so deeply for everyone who is suffering today from these abominable fires & grieving the loss of their homes or loved ones. Iâ€™m sitting here with many of you wondering if my home will burst into flames. All we can do is pray together & for each other. God Bless You.

She shared a second tweet thanking the "fire fighters, police, first and emergency responders for doing above and beyond everything you can do to help us. You are true heroes." Smith first took to his Instagram stories to make a "daddy assessment" of the fire, but said he and his family had not yet been evacuated.

"We are prepared to evacuate as soon as we get the word," he said.

He posted hours later where he showed fans the fires approaching, saying: "We are not in the evacuation zone but I don't like it, so we are going to go." 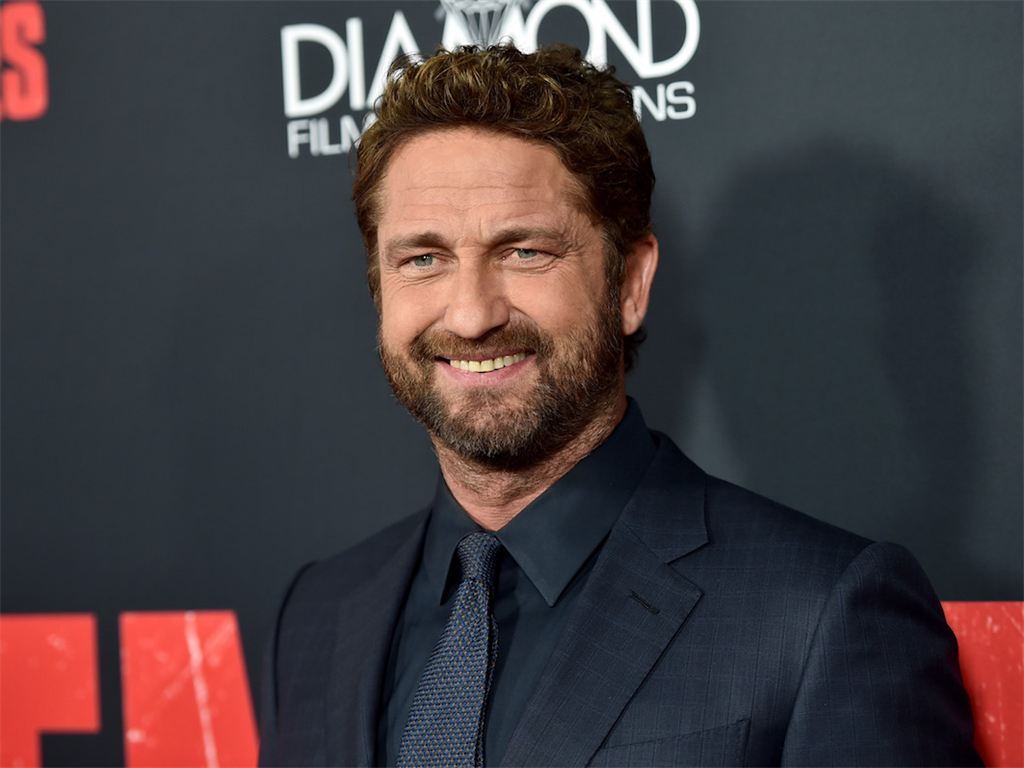 Actor Butler revealed on social media that his house had been completely destroyed by the fires.

"Returned to my house in Malibu after evacuating. Heartbreaking time across California," he said.

Returned to my house in Malibu after evacuating. Heartbreaking time across California. Inspired as ever by the courage, spirit and sacrifice of firefighters. Thank you @LAFD. If you can, support these brave men and women at https://t.co/ei7c7F7cZx. pic.twitter.com/AcBcLtKmDU Bloom shared a photo on Instagram of his street ablaze, thanking the "brave firefighters." Iggy Azalea tweeted that she couldn't get home to any of her things and was "genuinely concerned" about her home burning down.

However, she then followed up in a subsequent tweet, explaining that her house was safe.

My house is safe guys, thanks for everyone who sent me updates yesterday on the fire. Feeling very thankful to have a home to go back to today. ?? Former One Direction member Liam Payne took to Twitter to reveal that his home was at risk. "I think I'm about to lose my house and its memories," he wrote.

My heart goes out to everyone caught in the fires please stay safe and don’t take unnecessary risks. I think I’m about to lose my house and its memories ??even worse tragically people have died thoughts and prayers with everyone it’s been a tough day let’s hope it gets better ????

Thicke posted an Instagram photo of smoke billowing above his home, stating: "Our home is just to the left." Let's support people affected by Natural Disasters with #CallforCode and use technology for good on #WorldHumanitarianDay. Show your support for @UNHumanRights & @RedCross in their efforts to help the most vulnerable among us. To get involved, visit: https://t.co/ABkVHOE6Le pic.twitter.com/L8aIpWLAvh

However he later posted again, explaining that he was "safe and surrounded by friends and family." Simpson revealed on Instagram that she and her family had been evacuated for 48 hours as of Sunday.

Praying for everyone in California affected by these terrible fires. We have been evacuated for almost 48hrs now and need the angels to keep surrounding our home. Thank you to the brave firefighters who have protected our home so far. ???? pic.twitter.com/pG98LQMvLx

View this post on Instagram
Praying for everyone in California affected by these terrible fires. We have been evacuated for almost 48hrs now and need the angels to keep surrounding our home. Thank you to the brave firefighters who have protected our home so far. ???? The "Who's The Boss" star tweeted that she was evacuating taking just her "kids, dogs, computer, and Doc Marten boots." She added that her horses were being evacuated by her trainer .

In her latest update she revealed that she is yet to be able to return home. Cher tweeted that the fire was getting closer, adding "I'm worried about my house, but there is nothing I can do."

She later said that the fire was across the street from her house. 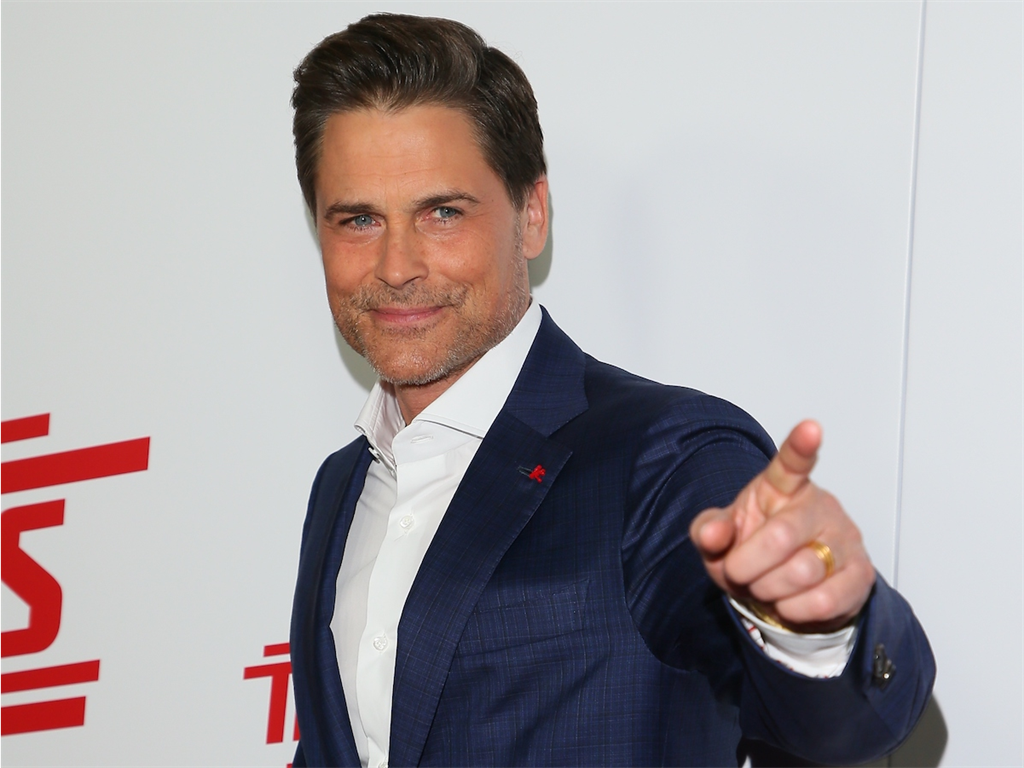 "Parks and Recreation" actor Rob Lowe shared an Instagram photo showing his son and nephews helping evacuations and bringing food to the firefighters "somewhere in the hills above Thousand Oaks."

My son and nephews helping evacuations and bringing food to the firefighters somewhere in the hills above Thousand Oaks. #californiafires The actor revealed that the fire was "dangerously close" to his home, but that he and his family were safe.

Thanks for your concern everyone. Although the ???? are dangerously close to our home-@MarilouHamill-@NathanHamill-@GriffinHamill-@chelseahamill-Millie-Mabel & I are all safe at the moment & rooting for our #FearlessFirefighters in their battle vs #MeanMotherNature. pic.twitter.com/nBC5HscBlK "The Office" star Rainn Wilson's home was evacuated due to nearby fires in Thousand Oaks, the same location as a fatal mass shooting on Wednesday.

He shared a tweet sending his prayers to the people Thousand Oaks, adding

Wilson added that he and his family had travelled abroad to ensure they're safe. 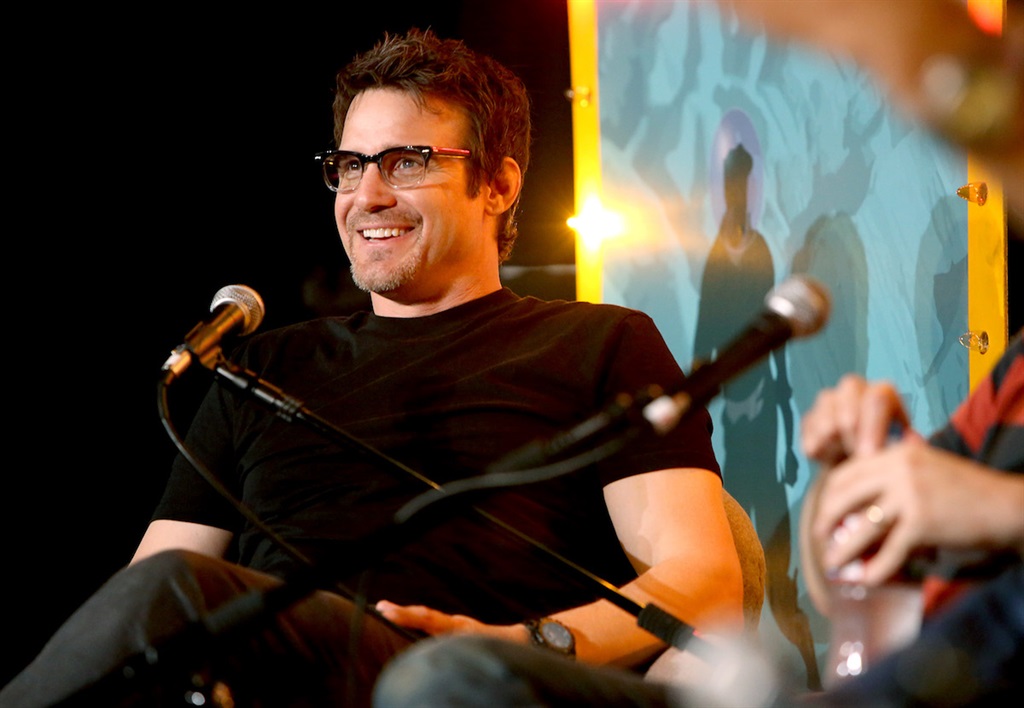 Actor Eddie McClintock tweeted that he had been evacuated from Old Agoura, saying: "Things just got real."

He later updated fans saying that he'd been able to return home, and his house had survived.

Not enough can be said for these young men. To all the California #firefighters, from the McClintock family, we thank you for saving our home, and send you strength and safety.#CaliforniaFires #WoolseyFire #CalabasasFire #MalibuFire pic.twitter.com/4gAdpuYZ6S The "Shape of Water" director wrote on Twitter that he evacuated his home on Thursday night.

He later shared that Bleak House, a museum which isn't his primary residence, had experienced some damage. The singer-songwriter was forced to evacuate her home and seek shelter in a hotel in Santa Monica.

Thank you for your thoughts. We are still evacuated but very safe. So many here have lost everything. It’s not over yet. I am not sure about our home, pretty sure it’s ok. California #Firefighters are our heroes.

Two days later, she said she was yet to return home.