A Cal Fire firefighter outside a burning home in Magalia, California, on November 9, 2018.
Justin Sullivan/Getty Images

California is in flames to the north and south as the deadly Camp and Woolsey fires rage on.

Both wildfires lit up on Thursday, and have been stoked by dry, windy conditions. The Woolsey Fire has destroyed parts of Malibu and other areas on the outskirts of Los Angeles, while the Camp Fire ravaged the town of Paradise, California, which is north of Sacramento. That fire has killed at least 48 people - more people than any fire in state history.

Investigators think some sparking power lines could have been the cause of the blaze. Stocks of California's two largest energy companies fell sharply on Monday, the Los Angeles Times reported, as investors worried about where blame for the deadly fire will fall.

As of Tuesday evening, the Camp Fire had burned 50,500 hectares and was just 35% contained. Hundreds of people are still missing, and fire officials expect it will take weeks to finish dousing the flames. In less than one week, the Camp Fire has already destroyed more structures than any fire California had before it.

Here's what the affected area of Northern California looks like.

The Camp Fire lit up just after 6:30AM on Thursday morning. In less than 24 hours, it devoured nearly the entire town of Paradise, California, growing at a rate of 80 football fields per minute. At 9:23AM on Thursday, the Butte County Sheriff's Office sent out frantic tweets — first warning — then ordering residents to get out of the way of the flames. "What p----- me off is I don’t think they told everybody soon enough," resident Kim Benn said. At least six people died in their cars as they tried to escape. 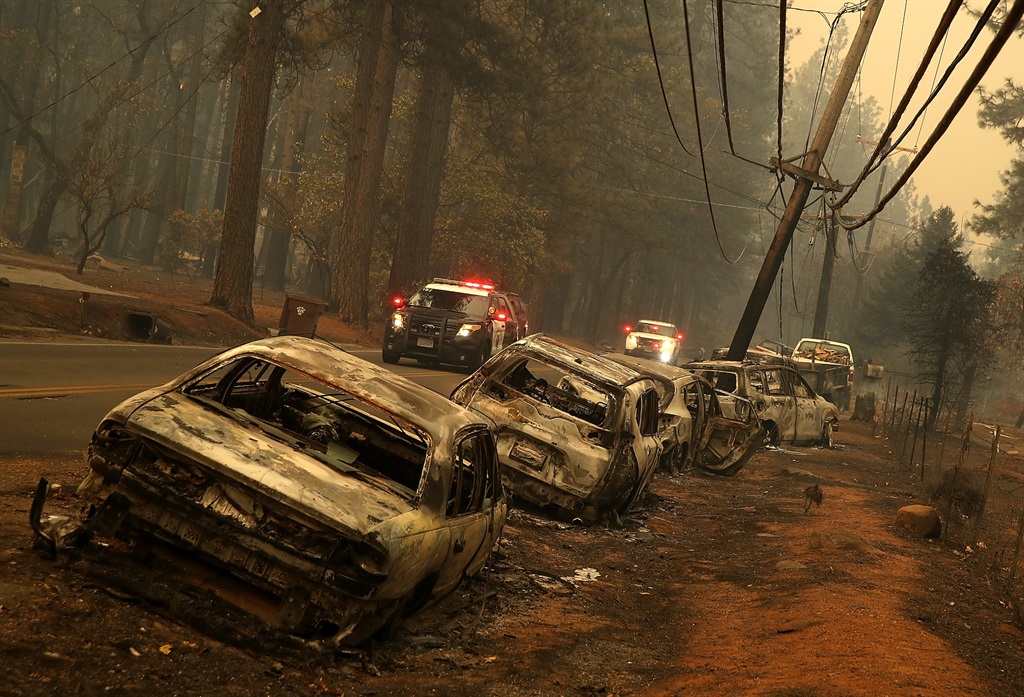 With a confirmed death toll of at least 48, the Camp Fire is now the deadliest wildfire in California history. "The fire was so close I could feel it in my car through rolled up windows," Rita Miller, who fled Paradise with her disabled mother, told the Associated Press. Anita Waters, who escaped her mobile home in Paradise, told the Times that she saw cars in flames with people still inside them as she left.

Authorities warned that the Camp Fire's body count could continue to climb, though they hope it doesn't. Cathy Fallon told the AP that the fire hit her house like a "big tsunami." She managed to save her 14 horses and barn using a hose. "I just kept watering the barn and watering any areas in the barn that caught on fire," she said. "It's a dangerous situation. I remember my son saying, 'Hey! There's no firefighters. We're on our own here.' I'm like, 'Yeah.' We were definitely on our own.

The blaze was so hot it melted metal. Allyn Pierce, a registered nurse, told The New York Times that he was in his truck sitting in traffic as a wall of fire approached.

The registered nurse recorded a goodbye message to his family members, but a bulldozer cleared the way for him to escape just in time.

Instead of getting far away from Paradise, however, Pierce drove to help patients at the local hospital, where he manages the intensive care unit. "It’s completely traumatic," Pierce said about being trapped in his truck. "When I close my eyes at night, I see fire."

All the patients from the hospital where Pierce works made it out safely, but the building burned.

Erin McLaughlin, who lives a few miles north of Paradise, told the Times that she left her home on Thursday morning with her 81-year-old neighbour, Elisabeth Mesones. The two got stuck in traffic outside Paradise and escaped their cars on foot after hearing propane-tank explosions nearby. McLaughlin, Mesones, and roughly 75 other motorists gathered in the parking lot of a Chinese restaurant. "Everything was on fire all around you," McLaughlin said. "It was the most scary thing I’ve ever seen." The group escaped after six hours, but the restaurant later burned down. More than 5,000 fire personnel are fighting the blaze. In addition, 1,418 California inmates are dousing fires around the state. They're not paid for that work. Fire Captain Steve Millosovich rescued a cage of cats from the Camp Fire in Big Bend. He told the AP that the cage fell off the bed of a pickup truck driving to safety.

Hundreds of residents are still missing.

Teresa Moniz was in the town of Magalia on Thursday when her husband, Albert Moniz, called to say flames were approaching their home in Paradise.

Albert Moniz, who is disabled and does not own a cell phone, later called from a friend's house, but his wife has not heard from him since.

The Butte County fire chief said they haven't had any rain in the area since May, and there's none in the forecast, either. Red-flag warnings have been in effect across the state recently, which means the weather is ripe for fires due to high winds and low humidity. This has made fighting the flames extra challenging. Firefighters don't expect the blaze to be completely extinguished until the end of November. A rapid DNA-analysis system and cadaver dogs are on the way to help identify victims. 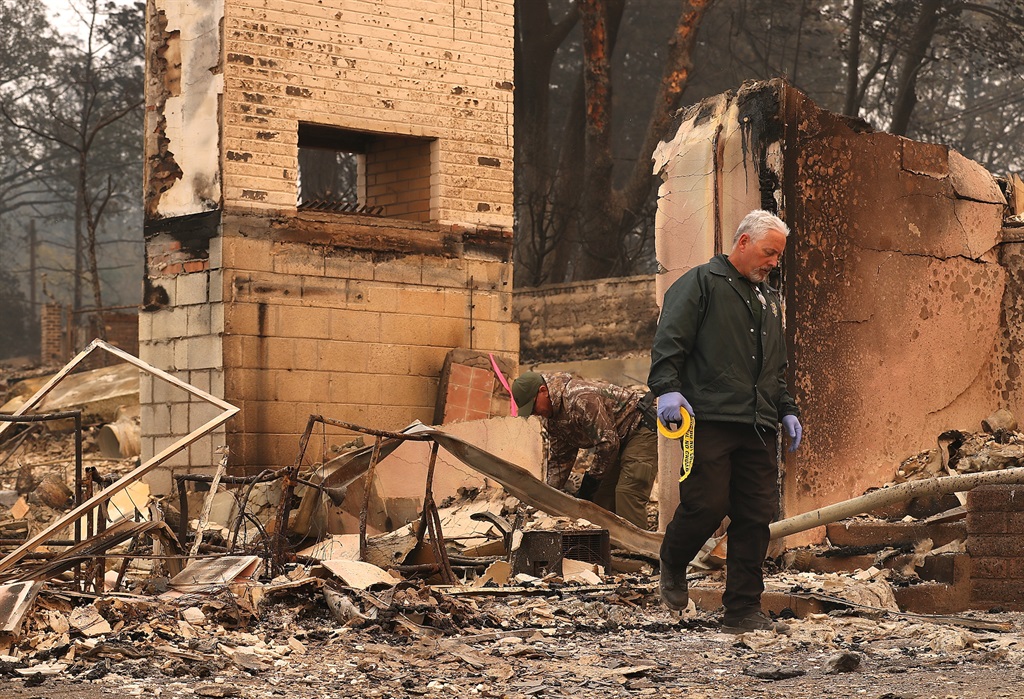 Rescue crews are searching for bodies. But sometimes they only recover a few small remains of a fire victim to put in a body bag.

Other times, only bone fragments are left among the charred remains of a home.

Wildfires are a natural part of California's ecosystems, but they have recently gotten stronger and caused more destruction as the state sees less rain and higher temperatures. Dry, hot conditions, which are partially caused by climate change, are becoming the new normal.

To make the situation worse, native plants such as Chaparral, which is a great fire buffer, have been cut down. "Instead of trying to make the fires adapt to us, we have to create communities and live in situations where we allow the fires to burn around us, not through us," Rich Halsey from the California Chaparral Institute said.

The wildfires have also led to dangerous breathing conditions that extend for hundreds of kilometres.

People in and around the San Francisco Bay Area are breathing air that the US government calls "unhealthy." Fire experts say the term "wildfire season" has lost its meaning, since fires can essentially break out during any season now in California.