TikTok owner Bytedance's cofounder Zhang Yiming steps down as CEO, says he is not an 'ideal manager' 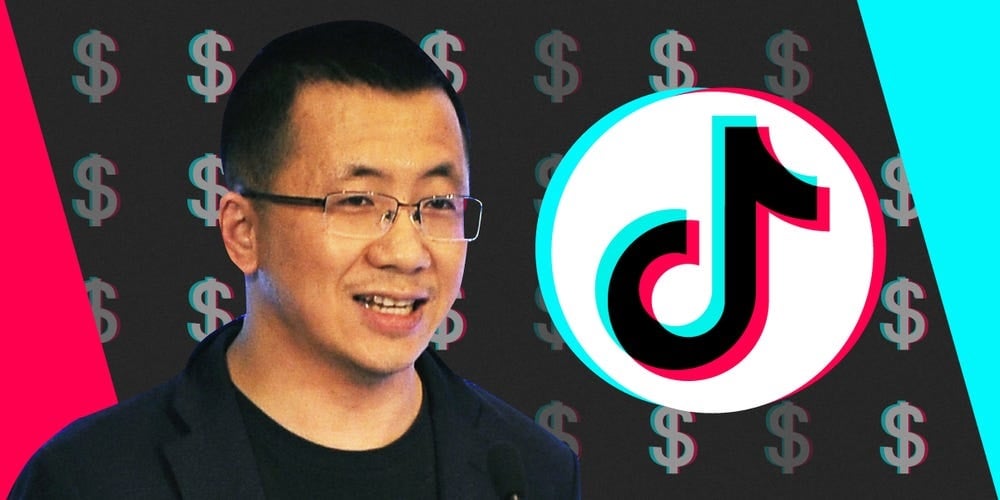 Zhang Yiming, cofounder of the Chinese internet giant ByteDance, which owns TikTok, is stepping down as CEO, Reuters reported on Wednesday.

"The truth is, I lack some of the skills that make an ideal manager. I'm more interested in analysing organisational and market principles, and leveraging these theories to further reduce management work, rather than actually managing people," Yiming wrote in a memo to employees, according to Reuters.

"Similarly, I'm not very social, preferring solitary activities like being online, reading, listening to music, and contemplating what may be possible," he added.

Yiming said ByteDance cofounder and HR chief Rubo Liang will transition into the CEO role over the next six months, Reuters reported.

Yiming, a 38-year-old software engineer who cofounded ByteDance in 2021, has since built a net worth of around $36 billion (R54 billion), Forbes estimates. Despite being one of the wealthiest people in China as ranked by the Bloomberg Billionaires Index, Zhang is extremely private and little is known about his personal life.