Here’s what it costs to buy into some of SA’s hottest franchises: Sorbet, Universal Paints, and Kids Emporium 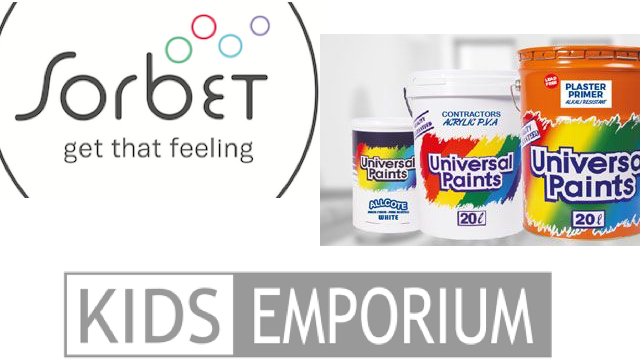 Franchising continues to see solid growth in South Africa. On average, franchises turn over more than R700 billion per year - equivalent to 15.7% of the total GDP, according to the Franchise Association of South Africa (FASA). Franchise systems also employ an estimated 370,000 people in South Africa.

Most franchises in South Africa take the form of a physical store, and FASA reported in 2018 that more than 3,181 franchise stores opened up across the country.

“A franchise is a proven concept, which plays a key factor in attracting buyers,” she says. “You’re also buying into an established brand, and have support from the franchisor and other franchisees that you can reach out to.”

Picking one franchise out of the more than 800 currently available in South Africa is no easy task. Makhubele recommends that prospective franchisees do research and their own due diligence on the franchisors prior to paying over the franchise fees. She also suggests reaching out to existing franchisees.

“Find out if franchisor decisions are made in an authoritarian or democratic style”.

Another factor to consider is franchise growth and development.

This is what you can expect to pay – and get in return – if  buy into one of these burgeoning South African franchises. Sorbet is a beauty therapy business with more than 200 Sorbet outlets across the country. In spite of its failure in the United Kingdom, it’s a business that’s proven extremely popular in South Africa.

In 14 years Sorbet has grown from four store to 200 by virtue of its attractive franchise system.

According to parent company Long4Life, Sorbet continues to grow as a brand in the beauty sector, and there has been strong interest in new stores from potential franchisees. Growth of future stores is only limited by site availability, and they are actively taking on new franchisees.

In its 2018 annual report Long4Life claims that Sorbet net profit exceeded budget by 50%, with the total service revenue up 18%.

Part of their success is that they allow for existing independent salons to convert into branded Sorbet stores. But you can also purchase a new setup as a turnkey business, which includes assistance with staff selection and recruitment, accounting, and payroll.

The cheapest of these franchises is their nail bar, which has an estimated set-up cost of R1.19 million. A new Candi&Co hair salon franchise starts at R1.56 million, their dry bar stores at R1.71 million, and a salon at R1.81 million.

The most expensive franchise operation available is their relatively new Sorbet Man concept. These stores, which exceeded Long4Life’s growth expectation in 2018, will cost you an estimated R1.94 million.

The above fees include training, design and shop-fitting, in-store graphics and signage, franchise fees, and minimum working capital.

Sorbet requires that 50% of the franchise cost be available as unencumbered cash.

Kids Emporium is an established company in the children and parenting sectors.

The outlets sell unique, high quality maternity and children’s products at an affordable price point that it claims aims to “enhance the play and education of children”.

Entrepreneur Lauren De Swardt opened the first Kids Emporium store in Cape Town in 2003. The company has since grown to 29 stores across the country, with two in neighbouring countries.

These stores are located in airports, and in regional, suburban and strip malls. They also have some stand-alone locations.

Growth has been spurred on by taking on new franchise partners. The group offers a competitively-priced turnkey business in an industry they claim is only limited by the birth of new children.

The gross profit percentages run at approximately 47%, and prospective franchisees are told they can expect net profits of between 18% and 30%.

The average size of a Kids Emporium store varies between 50 and 100 square metres depending on the location and market. This has a direct impact on the cost of the franchise, however the initial investment per store is likely to be between R800,000 to to R1 million, excluding rental deposits and shop building costs.

Stores pay a royalty fee of 5% of sales revenue, and although there is no marketing fee, Kids Emporium encourages franchisees to set aside 2% of turnover for this cause.

Universal Paints is a family business started in 1982, and is now a network of stores that sell Universal Paint products directly to the public.

There are currently 25 stores, concentrated around Johannesburg and Pretoria.

The paint products stocked are available only at Universal Paints stores, which means franchisees won’t be undercut by mass discounters.

They are also a member of buying group EST, which means franchisees have access to over 300 additional suppliers. But they are only allowed to stock items that Universal Paint does not produce.

Universal Paints’s hybrid model offers the typical benefits of a franchise, including facilitating the process of the opening of a new store, such as the assistance with the lease and the internal layout of the store.

Franchisees do not pay monthly percentage-based royalties. The only recurring fee is a marketing contribution, which is a fixed amount charged monthly, and matched by the franchisor.

The cost of setting up a turnkey Universal Paints store varies according to the site. You can expect to pay approximately R7,000 per square meter. Franchisees will likely need to have approximately R2 million in unencumbered cash, which includes the first six months of working capital.

The hybrid model means the franchisor has no shareholding in the business, and all running costs will be for the franchisee’s account. However, the company offers set up and support services that commence the process of operating a full Universal Paints store.

Read more about franchise opportunities and costs in South Africa: