Chung Sung-Jun/Getty Images
Taiwan has been is experiencing a rise in toilet-paper prices, triggering shortages in stores around the country and leading some businesses to take drastic measures to conserve their limited supplies.

According to an employee at Sesame Street English, an English-language school in Taipei's Neihu District, the school does not supply toilet paper for students, and began requiring its employees to sign out toilet paper rolls from a locked cabinet before use.

Rebecca White, 23, a foreign English teacher at Sesame Street English, noticed some striking workplace changes when she first moved from Florida to Taiwan in 2015.

"This is the fourth school I've worked at in Taiwan since moving here where they keep their toilet paper in a separate, locked cabinet and only employees can use it and need to check the rolls out first," she told Business Insider.

White explained that school bathrooms do not supply toilet paper in the stalls, and that employees and students are expected to bring their own supplies.

"We have a longstanding policy at every branch of my school that says that every student should bring their own toilet tissue to use in its bathrooms. The school does not provide that at all." 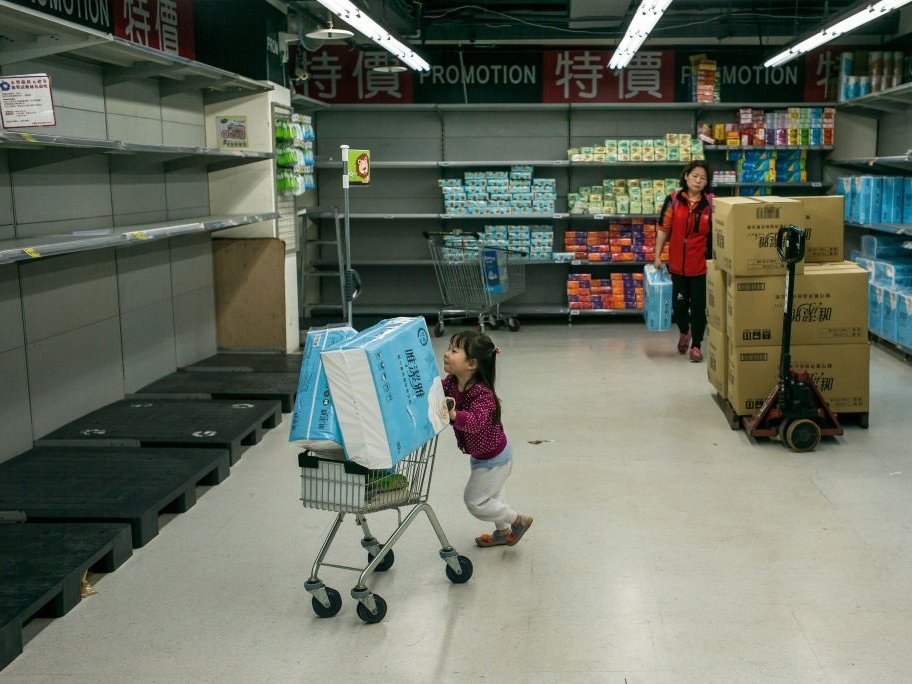 White explained that at her school, only select administrators have the keys to the toilet-paper closet, and employees and students are required to ask permission to "check out" rolls when they require a bathroom break.

White added that since the price of toilet paper began to skyrocket, the paper policy has become even more strict.

"A new policy began around March 5. The price of toilet paper went up this month which is why they're being more extreme about their policy than before."

The school now uses a "checklist" system to keep track of how many individual pieces of tissue employees are using throughout the day. Employees are expected to write down how much paper they are using, which is monitored by the administration.

"It's a ridiculous policy," she said. "One news report saying that the price of toilet paper had gone up created this frenzy."

The price of fiber pulp used to make toilet paper and other paper goods rose in Taiwan, causing prices to rise in supermarkets by as much as 30%.

White says the price rise caused panic, leading many locals to rush to supermarkets to stock up, leaving shelves bare.

"I've been to five local supermarkets and Costco in the last days and they've all run out. They're completely sold out everywhere." White reported that many businesses, including other schools and public areas, do not provide toilet paper to its customers.

"It's uncommon to see toilet paper in public spaces, almost no public restroom offers toilet paper, everyone has to bring their own."

The price of toilet paper is expected to fall in the coming weeks, but the panic created from the price gauge made waves through public policy.