Sonto Pooe, founder of hair care products NativeChild left her career as a quantity surveyor to follow her passion for natural hair – and she made record sales at a major retailor in just a few months of listing.

From an early age, Sonto realised that there weren't that many haircare products that catered for growing afro hair, but instead, the industry was flooded with dangerous hair straightening relaxers.

Pooe, who in previous years had gone between perming, relaxing, and blow-drying her hair, said she wanted to finally embrace her natural hair and change the narrative around what is considered beautiful.

"I just wanted to make people feel at ease, accept who they are and love themselves for who they are,” she said. "That's where the seed was started many, many years ago."

Driven by her passion to start her own hair care brand, she made the decision to leave her career to start the business.

"I was working in corporate. The line I had taken was great, I was performing well and being [prepared] in a managerial role, but I really felt like I needed to follow my passion in hair," she said. According to the entrepreneur who started braiding people's hair as a teenager, the idea to start the business came over a decade ago –  but the challenge is that there weren't that many local natural hair brands look up to or learn from.

Regardless of these challenges, Pooe decided to be her own inspiration and started off by enrolling into a cosmetic science course.

“Having studied engineering, I went back and studied cosmetic science because I wanted to have an insight on how to create the products by myself, and not to depend on other people,” said Pooe,

Things eventually started to look up in 2016, and Pooe launched her first product, the hair growth stimulating caster oil.

She single handily mixed products in the kitchen and launched more products within haircare and body care. The name and the look

"That's where NativeChild was born. It was literally out of a love for who I am, a black person, a black African female."

With no money to hire a creative, Pooe created the look of her caster oil bottle on her computer.

"I literally created it on Microsoft Word and it came together. Once I had the prototype, I was then able to send to someone, asked them to refine it on a creative software so I could send it to the printers," she said.

Initially, Pooe sold her products online, having been exposed to online business from oversees.

This allowed the company to grow, but a lot of the customers were weary of online shopping, they simply didn't trust it at the time.

Interest in the business continued to grow, but customers said they preferred to buy from a physical store - that called for a new approach. 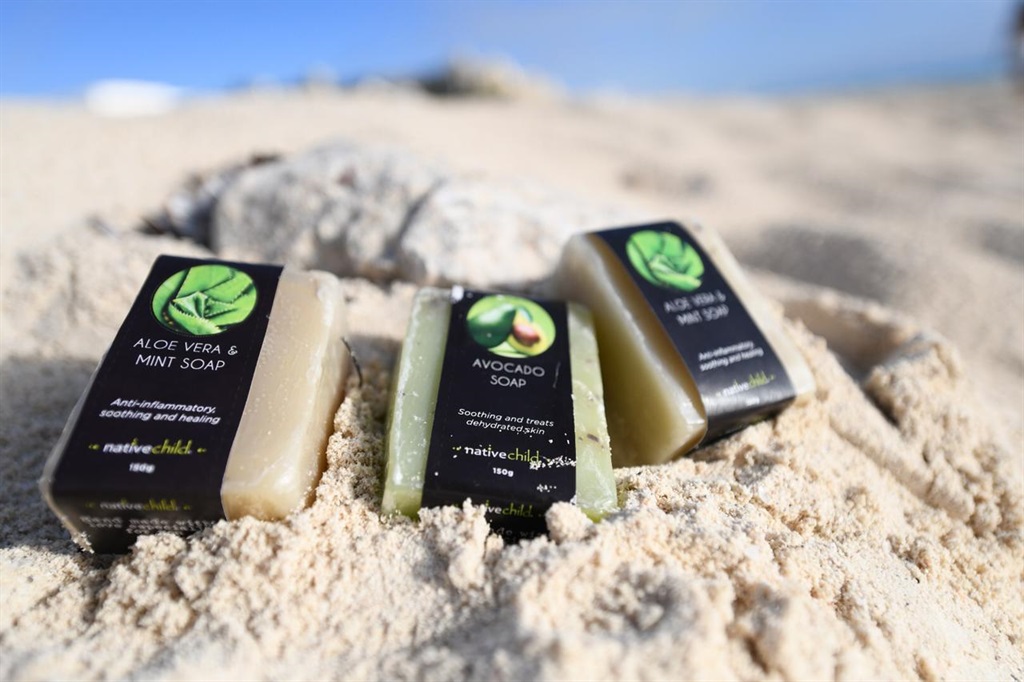 Although getting onto these retailers' shelves came with its own challenges, the fact that the company already had online sales records made all the difference.

"We had an online sales record, growing 30% month-on-month," said Pooe. "They want to put on shelves brands that are selling, so it wasn’t difficult for retailers to tell us they love the brand."

In the first year of working with Pick n Pay, the company had already been making waves.

"We won Pick n Pay supplier of the year. We surpassed sales for people who had been there for almost five years, in one year of selling during a pandemic," she said.

One thing Pooe has learnt since going to school and being exposed to the manufacturing world is that "a lot of products that end up in the mass market contain ingredients that are not the best, and being women, we use them on our scalp." "After some research, I figured out that some of these products, when consumed over a long period of time, contribute to breast cancer and cervical cancer," said the business owner.

She knew she did not want to be a part of that, but wanted to create "a brand that celebrates people's identity but also does it in such a way that is kind to the human body," she said.