Within the next two weeks, SAA’s business rescue practitioner Les Matuson must inform creditors and unions whether he believes the beleaguered airline can be rescued.

If he doesn’t think it can be saved, he is obligated to apply for SAA to be liquidated: all its assets will be sold off to return some money to creditors, mainly a group of banks.

But if Matuson does believe the airline can be saved, the Companies Act affords him another fifteen business days to present a business rescue plan to its creditors. (While government has pumped billions into SAA, it is not considered a creditor as its financing was not structured as loans.)

READ: SAA in business rescue: What it means and its odds for survival

The plan will be a restructuring strategy for SAA, department of public enterprises deputy director-general Advocate Melanchton Makobe, said in a video released by the department.

Makobe expects Matuson will decide which routes SAA will continue to operate. 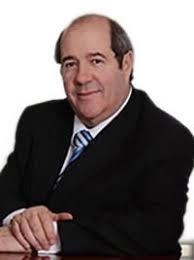 As business rescue practitioner, Matuson will take complete control of the company.

“The buck stops with the business rescue practitioner,” says Makobe. The board will still carry out its duties, but under his direction.

Adriaan Smuts, a certified turnaround practitioner and CEO of Business Rescue Exchange (BRX), expects that Matuson will ask creditors for a postponement in presenting the business rescue plan, given the complexity of the business.

After he has presented the business rescue plan, more than 75% of creditors have to approve it.

If it passes, only the “independent” creditors – who are not subsidiaries or related parties of the company – get to vote again. The threshold for approval in this case is 50%, says Smuts.

SAA will be – by far – the biggest ever business rescue in South Africa. Matuson was also involved in a former record-holder: the business rescue of Ellerines, which in 2014 was the largest ever.

The retail group was placed into business rescue after its owner African Bank ran into trouble. It had R1.3 billion in debt, and in the end, didn’t survive. Matuson sold off a number of its assets. Coricraft bought Dial a Bed, Lewis bought some of its Beares shops and Shoprite took over some of its retail leases.

According to a Reuters report, creditors received 14% of what they were owed by Ellerines. But Matuson Associates estimates the final payout was approximately 42c for ever rand owed. Some 2,000 jobs were saved through the sale of a number of Ellerines divisions.

The last time Matuson made headlines was when the personal investment company of disgraced Steinhoff CEO Markus Jooste, Mayfair Holdings, appointed him as one of its business rescue practitioners last year, as it sells its assets to repay creditors.  But SAA will be unlike any other business rescue in SA.

The scale is massive: the airline’s liabilities reportedly exceed its assets by around R13 billion and it is burning through hundreds of millions of rands every month.

“SAA is hopelessly insolvent. And unlike some other companies in business rescue, it doesn’t really have assets that can be sold off,” says Danie Acker, a business rescue practitioner and attorney at law firm Rauch Gertenbach. As with the Gupta-owned companies, he expects that the business rescue of SAA could become quite litigious, with various parties (including unions and creditors) who may try to get Matuson replaced if they don’t agree with his decisions. "However, Matuson is well known in the industry and is considered an expert and competent."

The other major difference between SAA and other business rescue cases in SA, is that the shareholder (government) is expected to be actively involved, with a set agenda, says Acker. "I doubt whether (Matuson) would have accepted the appointment without some form of a plan already having been put forward to him."

“There will certainly be political pressure which could weigh heavily on the business rescue practitioner,” adds Smuts.

Related Links
Bruce Whitfield: SAA crashes and burns. It's the end of the airline.
Bruce Whitfield: SAA is rapidly running out of runway...
Kulula, BA planes may have to be serviced overseas if strike drags on - FlySafair says it can't help
Next on Business Insider
Fake meat gets a reprieve, after govt threat to remove it from shelves on Monday