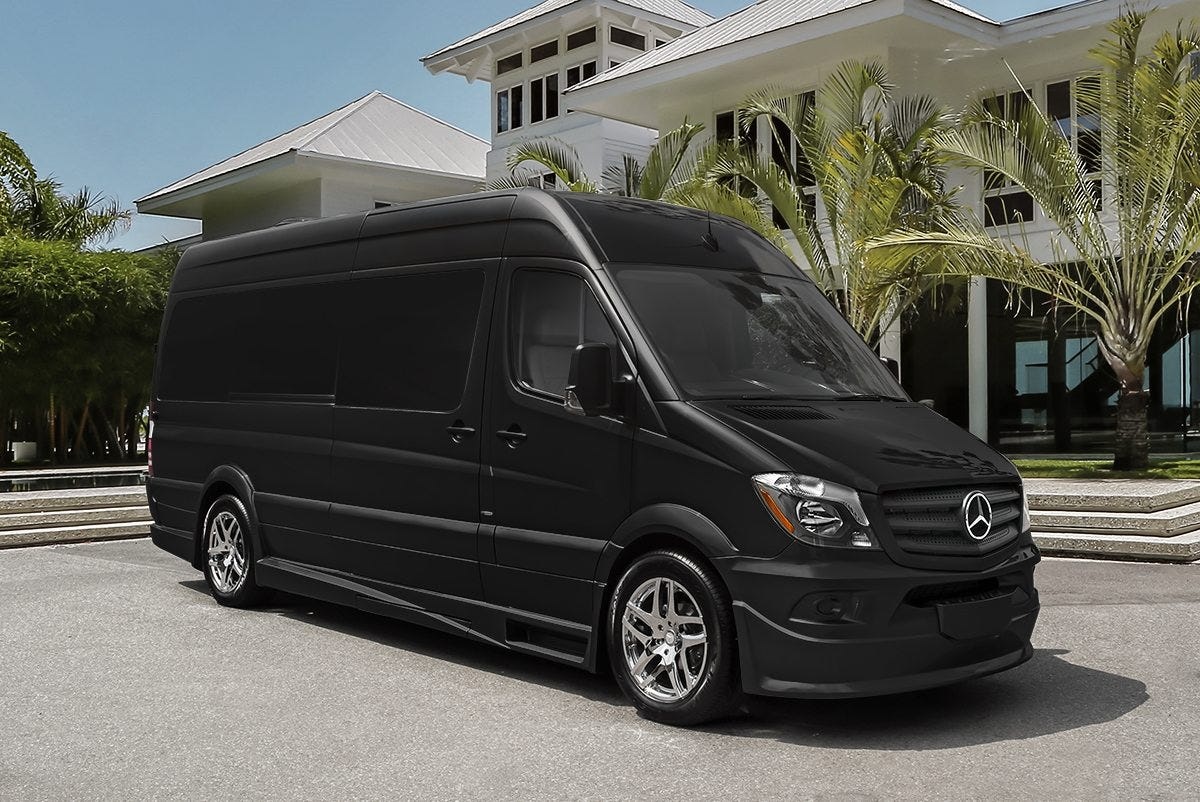 What's a VIP to do when they need to travel somewhere, but their private jet is in the shop? Lexani Motorcars, a California-based company known for customising immensely opulent Escalades, Navigators, and the like, has the answer.

The company sells a whole line of lavish Mercedes-Benz Sprinter-based "mobile offices" - fancily named the Grazia, the Malaga, the Ashford, and the Ambassador - built for executives and other monied folks to relax and get work done on the go.

And Lexani's vans boast plenty of amenities to back up their expensive-sounding names and six-figure price tags - some features include massaging seats, marble flooring, home-theater systems, bar stations, and built-in computers.

Not to mention, for a bit of extra cash, buyers can choose from seven levels of bulletproofing to make their journeys as worry-free as possible. A fully loaded van, a Lexani spokesperson told Business Insider, can run a customer up to $550,000 (R9 million).

Check out some of Lexani's lavish Sprinters below.

Feast your eyes on the Asgard, one of a whole lineup of fancified Mercedes-Benz Sprinters sold by California-based Lexani Motorcars. Although Lexani's vans are fairly unassuming from the outside, they boast all the interior amenities of a first-class cabin, and more, inside. The Asgard, for example, comes with reclining Italian-leather seats, wine chillers, a 55-inch OLED TV with satellite, and a Bose surround-sound system. "Designed to replicate a five-star hotel experience," the Asgard also comes with an espresso machine ... ... and a "private executive restroom with brushed-nickel fixtures." The Ambassador steps things up a notch with its B6-level armoring, which can protect against high-powered rifles and grenade blasts. The Ambassador doesn't skip on luxury, either — boasting a kitchenette, leather seating, and marble floors. Even heads of state need a bathroom occasionally ... ... so the Ambassador's has one complete with a gold-plated sink. 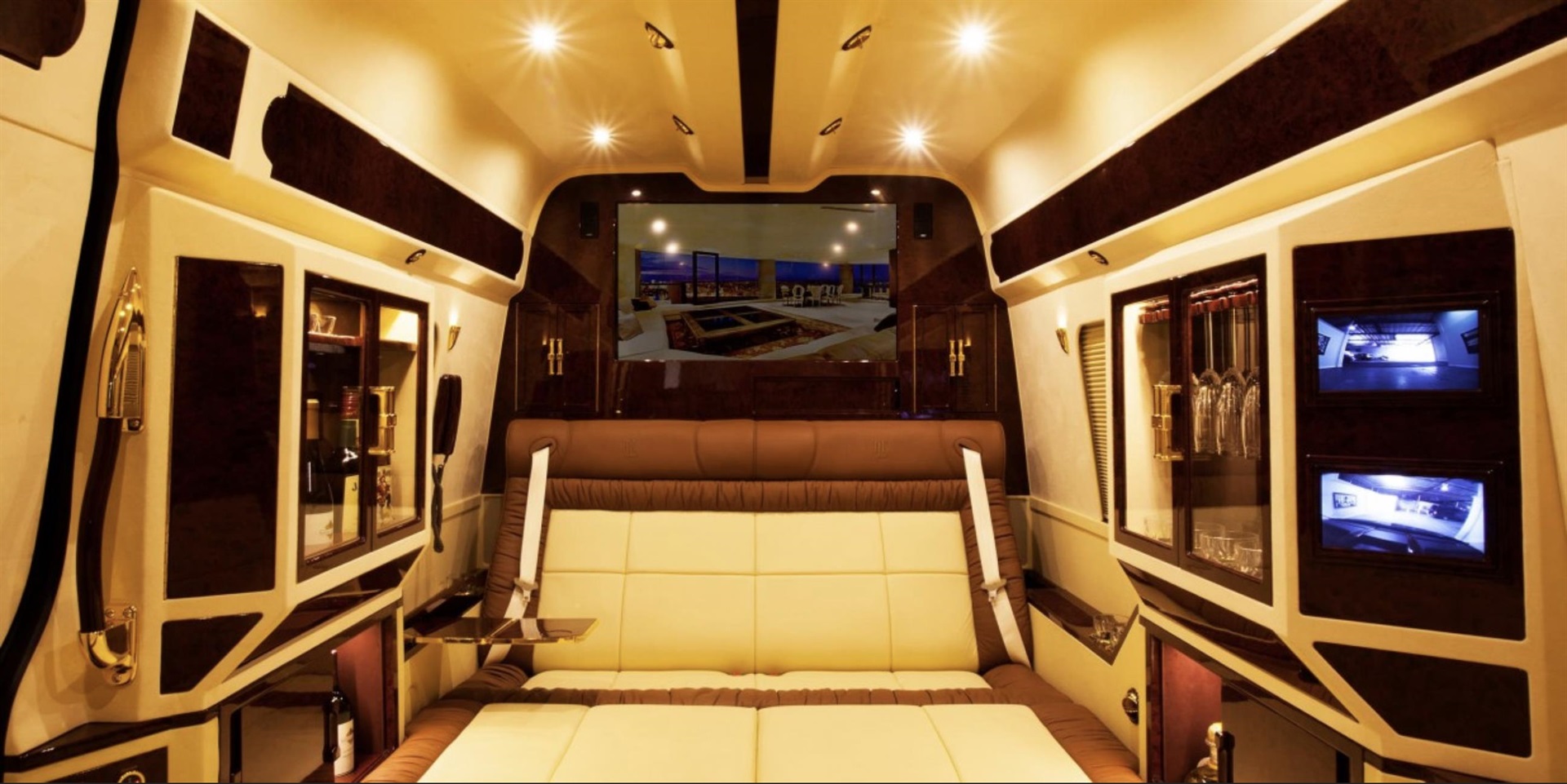 There's a TV that lifts up and down to separate the bedroom from the driver's area ... ... and the bed is flanked by two liquor cabinets. In contrast, the Ambassador IV is built more for work than for play. ... each of which comes with an airline-style writing table. Each leather-upholstered seat comes with heating, ventilating, and massaging capabilities. Plus, iPads mounted in the van allow passengers to control the home-theater system and monitor the vehicle's exterior security cameras. ... along with a porcelain toilet. The Grazia features seating for eight ... 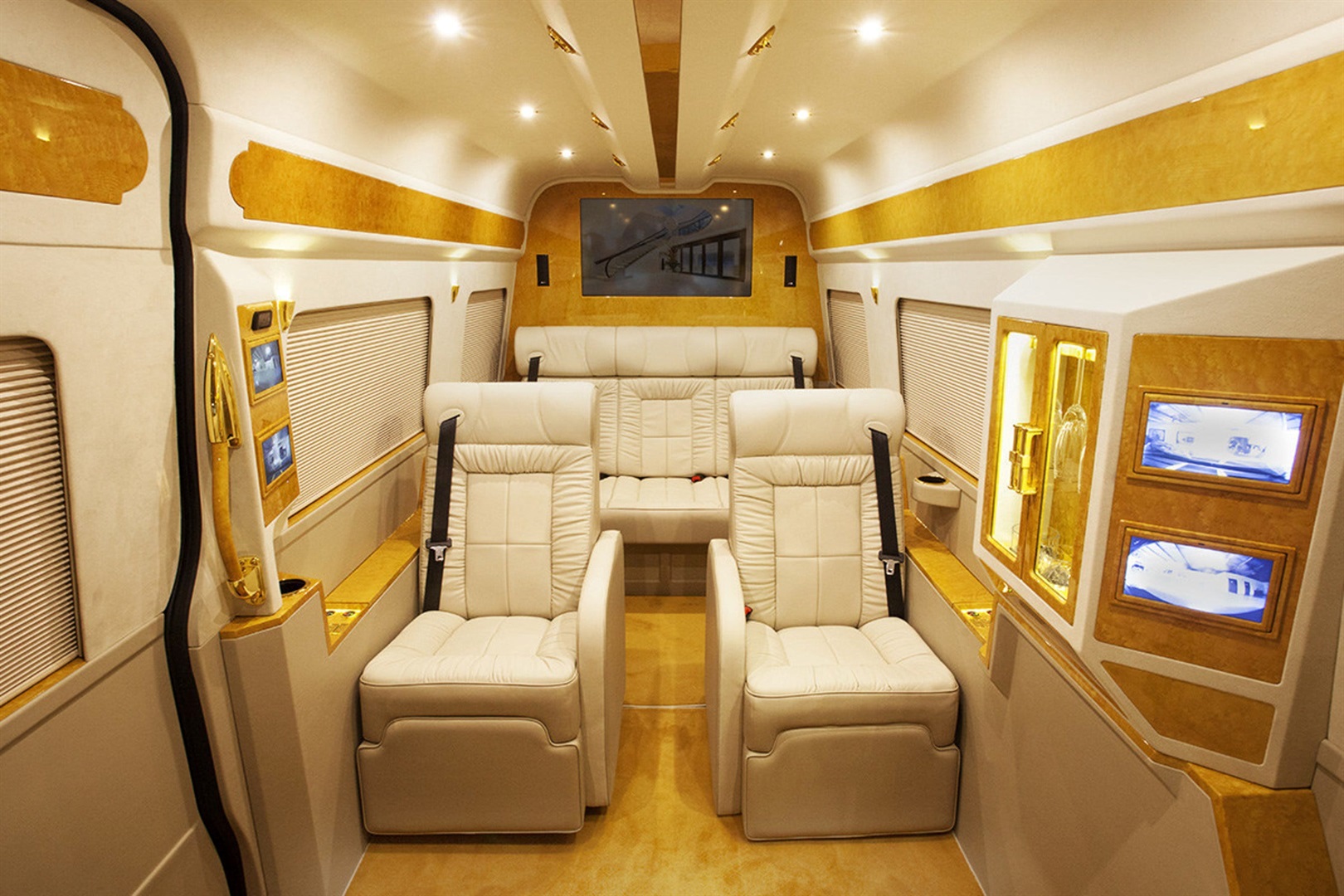 ... and a built-in Mac computer for working on the go. It also has a fridge and bar station, for celebrating mergers, presumably. And there's a clothes rack for storing all your formal wear. Related Links
2 socialites have reportedly died after their Mercedes fell off a ferry in the US
This Mercedes-Benz Sprinter was turned into a tiny home on wheels using wood from a 300-year-old...
WATCH: This new Mercedes seat 'squeezes' you when you go around corners. It also has eight...
Next on Business Insider
Cold chain disruptions and retailers rejecting produce: How SA's blackouts hurt farmers