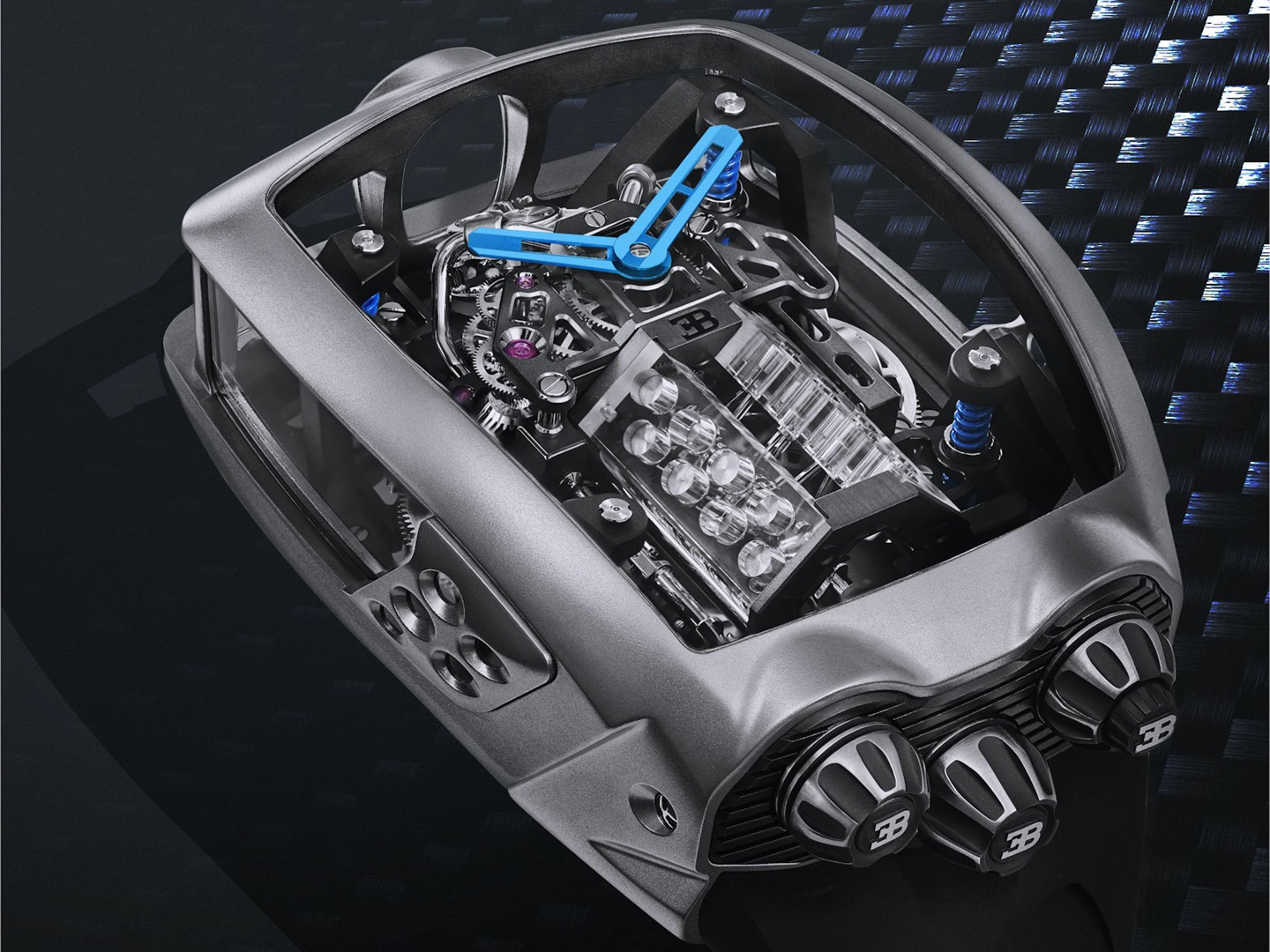 Bugatti has partnered with watchmaker Jacob & Co. to release a timepiece only owners of its seven-figure supercars can possibly afford.

The new watch, called the Bugatti Chiron Tourbillon, is highly complex and features a tiny, moving replica of Bugatti's 16-cylinder engine inside. The actual engine it's based on - an 8.0-liter, quad-turbocharged unit rated at 1,500 horsepower - propels the $3 million (about R54 million) Bugatti Chiron to 62 mph in 2.4 seconds and helps it achieve an electronically limited top speed of 261 mph.

Judging by its $280,000 (R5 million) price tag - a figure that could buy you any number of super-fast sports cars - you might think the Chiron Tourbillon puts up similarly impressive specs. Unfortunately, the watch isn't going anywhere fast, but it sure does look cool.

The miniature engine's pistons actually move, and the watch sports Bugatti-inspired design elements like a tiny horseshoe grille and shock absorbers that suspend the watch's movement in midair.

Jacob & Co. has partnered with Bugatti to release a supercar-themed watch with a miniature Bugatti engine inside. It's called the Bugatti Chiron Tourbillon, and it comes with a supercar-like price tag of $280,000 (R54 million). But that figure shouldn't be much of a stretch for true Bugatti enthusiasts, considering the car it's based on — the Bugatti Chiron — costs right around $3 million (R54 million). The actual Bugatti Chiron has a massive, 8.0-liter, 16-cylinder engine rated at 1,500 horsepower. Jacob & Co.'s Bugatti Chiron Tourbillon has 16 cylinders, too — but it lacks nearly all the horsepower of the original engine. Press the rightmost button on the watch, and the replica engine's pistons begin pumping up and down. The timepiece's top and sides are made of sapphire crystal, so you can watch your tiny engine churn. 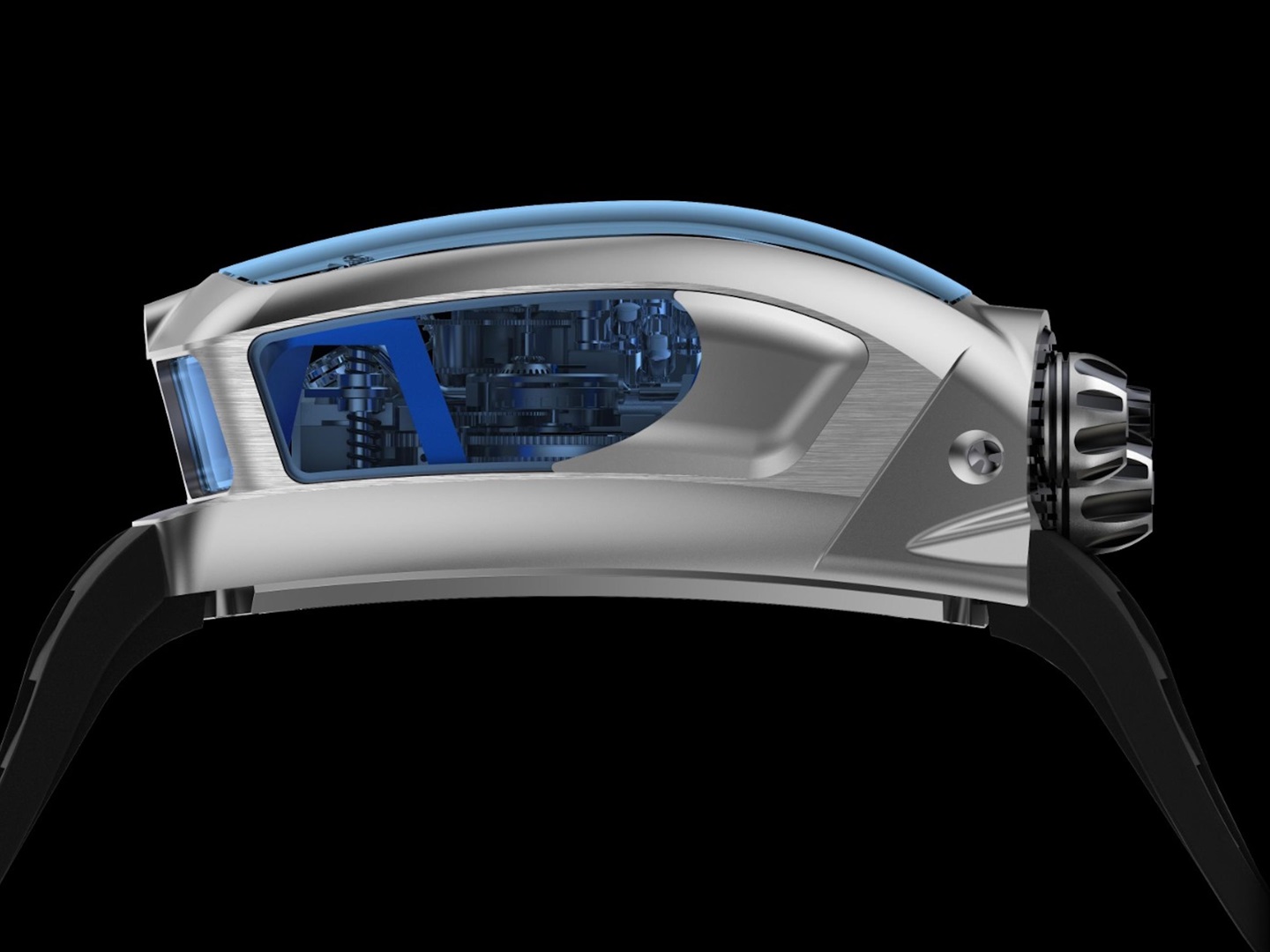 The intricate movement comprises 578 components, and the tiny crankshaft driving the engine is "one of the smallest and most complicated watch parts ever manufactured," according to Bugatti. The movement is suspended at its four corners by pieces that look like shocks off of the Chiron. 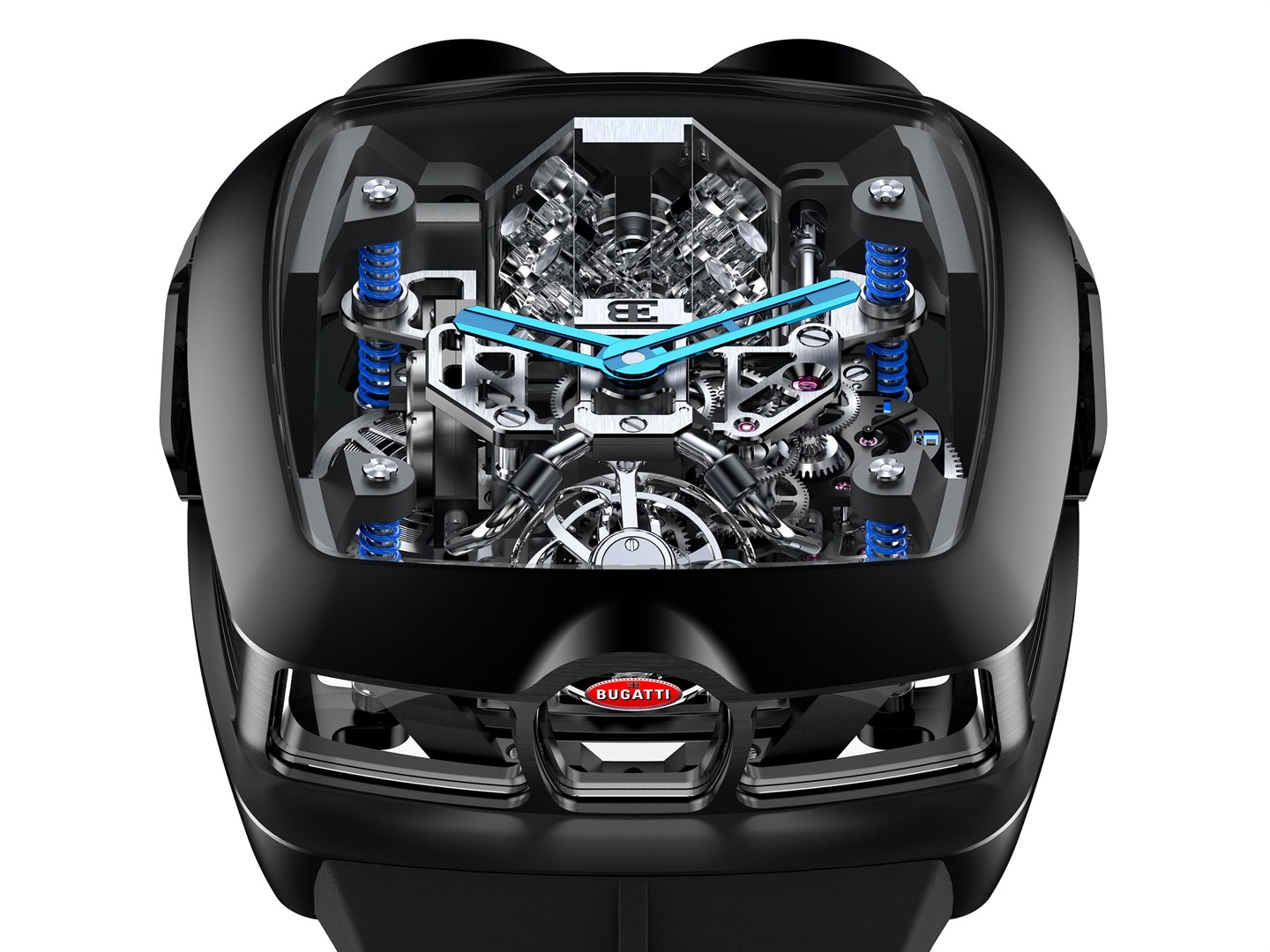 If you look closely, you can see that the power-reserve indicator on the left-hand side of the watch is shaped like a fuel gauge. The Bugatti Chiron Tourbillon doesn't take gas, but if it did, it would surely demand premium. The watch's exterior is also designed with elements of the Chiron in mind. At one end, there's a miniature version of Bugatti's iconic horseshoe grille ... ... and the swooping lines on the side of the watch are meant to echo the same element that's found on both the Chiron and its predecessor, the Veyron. The partnership between Jacob & Co. and Bugatti began in 2019 and has yielded a few other watches, but none as completely over the top as this latest creation. If you're a Bugatti fan, then, you have a simple choice: add a new Ferrari to your collection, or buy a $280,000 (R54 million) watch to match your Chiron.