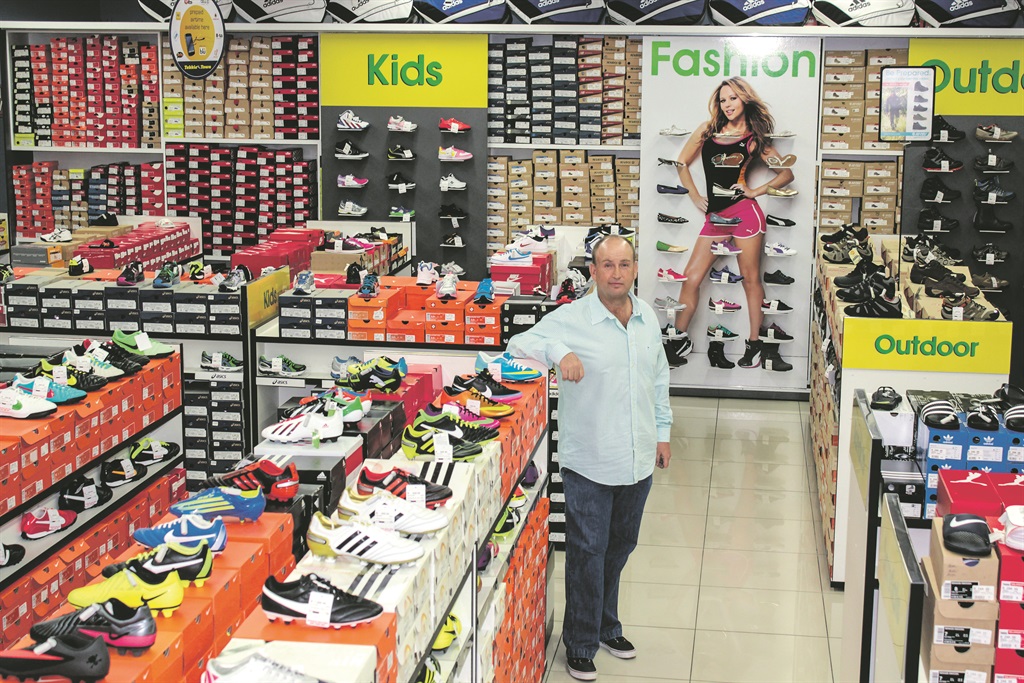 I don’t care how much you don't like your boss. Who walks out of a job in a huff in this economy unless there is very chance that you will secure new employment soon? Especially in a small place like George, which is a thriving community but hardly the sort of place to easily absorb 8 dozen professionals in one fell swoop.

School fees, medical aid and groceries - never-mind fuel, electricity and rates and taxes, are not going down anytime soon.

So what gives with 110 people walking out of their jobs at Tekkie Town?

Any one of several things as it turns out.

Perhaps it simply did become an intolerable place to work as founder Braam van Huyssteen claimed a month ago, backed up by his good friend and (for now) ex-colleague Barend Mostert who upped and left suddenly on Monday, closely followed by a large collegial contingent. Perhaps this is a strategy to force a firesale of Tekkie Town to its former management. Or even a plan to start again from scratch and use decades of know-how, reputation and solid contacts across the footwear industry to start again.

So big was the walkout that it required emergency measures at Steinhoff Africa Retail, soon to be re-named Pepkor, and an Ackermans executive was parachuted in as a stop gap.

If you listen to the Tekkie Town crowd, this is a disaster waiting to happen. If you listen to STAR, no-one is irreplaceable, besides the group has been running discount retail for more than a quarter of a century, and it’s business unusual.

In truth, neither side can be sure as to how this plays out. Both sides are making as much noise as possible to scare the other side into some form of submission.

Raising suspicions of the orchestrated nature of the walkout was a video posted on social media on Friday of a large crowd of ex Tekkie Town workers singing: “Bye-bye Pepkor, bye-bye.”

Pragmatism suggests both sides swallow their pride, get round a table and agree on a sale price for Tekkie Town, a shining light amongst some struggling businesses in the STAR speciality fashion and footwear division before it’s too late.

Tekkie Town clearly has an alien culture to that of STAR. Sticking someone from another group business, no matter how good and smart they are, might buy them some time but there will be an erosion of brand value over time.

From the point of view of the deserters, there is talk of a R100m fund which can be drawn upon to keep the wolf from the door for those who walked out. But that’s not going to last forever and if this brinkmanship drags on too long, the team may very well fall apart.

20 of the 110 staff who left this week were on the payroll of STAR’s speciality retail division. The balance worked directly for Tekkie Town. That’s a whole lot of intellectual property that vacated the building. It’s a bit like the crew of an SAA 737 cruising at  36,000 feet over the Karoo donning parachutes and leaving the aircraft to fend for itself with all its passengers on board. There may be someone on the flight with a Cessna licence, and while the aircraft will continue on auto-pilot until the fuel runs out, it will eventually crash and burn.

Founder Braam van Huyssteen owns the Tekkie Town headquarters from which the business operates and had an eviction notice served on his mate Barend, who rapidly kicked it up the chain of command before taking the order literally himself,  and leaving the building. For now, STAR is sitting tight and has no intention of leaving the offices, but it’s a card Van Huyssteen has played to ratchet up the pressure at group level.

STAR believes it has the law on its side and it may just be right. The fact is that Steinhoff bought Tekkie Town and turned its former owners into employees with a three year lock-in and a payout to come in the form of shares which today are practically worthless, or as Van Huyssteen puts it, “Micky Mouse Money”. When Markus Jooste and Christo Wiese married their assets under the Frankfurt listing, they created two entities. One to house Africa retail, anchored by Pep and Ackermans and the other to host the assembled global portfolio. Even though Tekkie Town was moved to STAR, the incentive structure at Steinhoff level remained in place. After all, Steinhoff owns 80% of STAR.

It was the Shoprite CEO Whitey Basson who smelt a rat and refused to have Shoprite folded into the structure. It must have made his old varsity mate and lifelong partner in business, Christo Wiese, furious at the time. But now he should be grateful: he has equity in the supermarket group to call upon from time to time as he tries to tidy up the catastrophe he helped create.

There’s no doubt the Tekkie Town founders will make a cheeky offer for the business they built. STAR will resist. But it may not have a choice other than to capitulate on what is just a 389-store operation out of a network of 5,000+ shops. Sometimes in life you need to submit in one battle to win the war on other fronts. STAR shareholders don’t need management distracted by this fight.

Related Links
Bruce Whitfield: SA is a basket case. Really?
Bruce Whitfield: A foreign mining investor on why he won’t put money in SA
Bruce Whitfield: An open letter to Malusi Gigaba
Next on Business Insider
SpaceX included a controversial NDA when it settled a sexual misconduct claim against Elon Musk