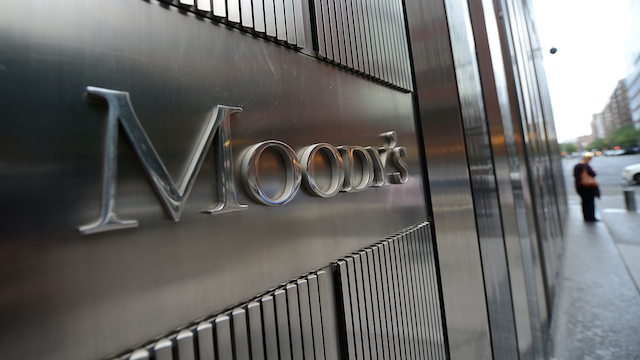 Ratings agency Moody’s is like the parent in a packed restaurant trying to get its hell-raising kid to behave.

“Look, if you don’t behave I am going to be really cross…”

No change in behaviour.

“I am going to count to three….one…two….look I really mean it. If you don’t behave…”

Except it doesn’t. At some point one or both parties get furious with each other and there is an epic meltdown.

Rather than have an epic meltdown, ratings agency Moody’s on Friday opted for the silent treatment.

See also: South Africa is still not 'junk' – here’s what Moody’s latest move means for you

It’s spoken enough. Next time it speaks, unless South Africa has radically amended its behaviour, it is likely punishment will be doled out.

Moody’s patience with South Africa has been nothing short of extraordinary. Where its fellows S&P Global and Fitch have the country at sub-investment grade, Moody’s has opted to keep South Africa just above junk. It is fully aware of what will happen if its rating dumps South Africa out of the bond indexes that force foreign buyers with index mandates to buy our debt. Exclusion from those indices would lead to substantial capital outflows from South Africa’s bond market and would lead, at least in the short term, to currency depreciation – and so higher inflation for us.

To avoid that requires an ideological shift away from putting the state at the centre of the economy and allowing greater private sector participation in state monopolies. It requires better governance and transparency and needs to see those that carried out the grand state capture heist behind bars.

Up until now, all the ratings agencies have seen is a promise of improvement. And to be fair much progress has been made in at least acknowledging the real problems that the country faces.

Actually dealing with those problems, however, is considerably harder.

South Africa needs to move from talking about what needs to be done to doing the hard work and making the hard choices that will invariably upset the ANC’s core constituency and its alliance partners. But it has not choice. The alternative is far worse and will do far more harm to that constituency than decisive action will.

All it takes is political will and radical economic behaviour change.