A man left his job and sold everything to buy a camera. Now he takes stunning photos of flowers trapped in ice that look like paintings. Bruce Boyd is a self-taught photographer.
Bruce Boyd Photography
At age 30, Bruce Boyd decided to abandon his IT background, sell everything, and buy a camera. He always had a dream to become a photographer and decided to take the leap.

Photography wasn't completely foreign to him though. Boyd told Insider in an email that he's had an interest since a young age, and his father even had a dark room where he would develop his own black-and-white images.

A series of his photos, which is called "Zero Degrees," started with a desire to capture flowers in a unique way. Boyd, along with his girlfriend and artist Tharien Smith, began experimenting with flowers in ice, which led to the creation of hundreds of arrangements, and eventually, an array of stunning photos.

Keep scrolling for a look at his creations and to learn more about how Boyd brings these frozen chunks of ice to life.

At first glance, you might think Boyd's photographs were paintings. "I try to shoot in a painterly fashion. The biggest compliment you can give me is to say my photo looks like a painting," Boyd explained. But believe it or not, all of the flowers in his "Zero Degrees" photo series are real. Boyd credits Makoto Azuma, the Japanese artist known for freezing beautiful floral arrangements in slabs of ice, for the inspiration. But much of his own process was discovered through experimentation with the help of his girlfriend, Tharien Smith. "When we froze the flowers, every arrangement reacted differently. As it froze, bubbles formed at random," he wrote. 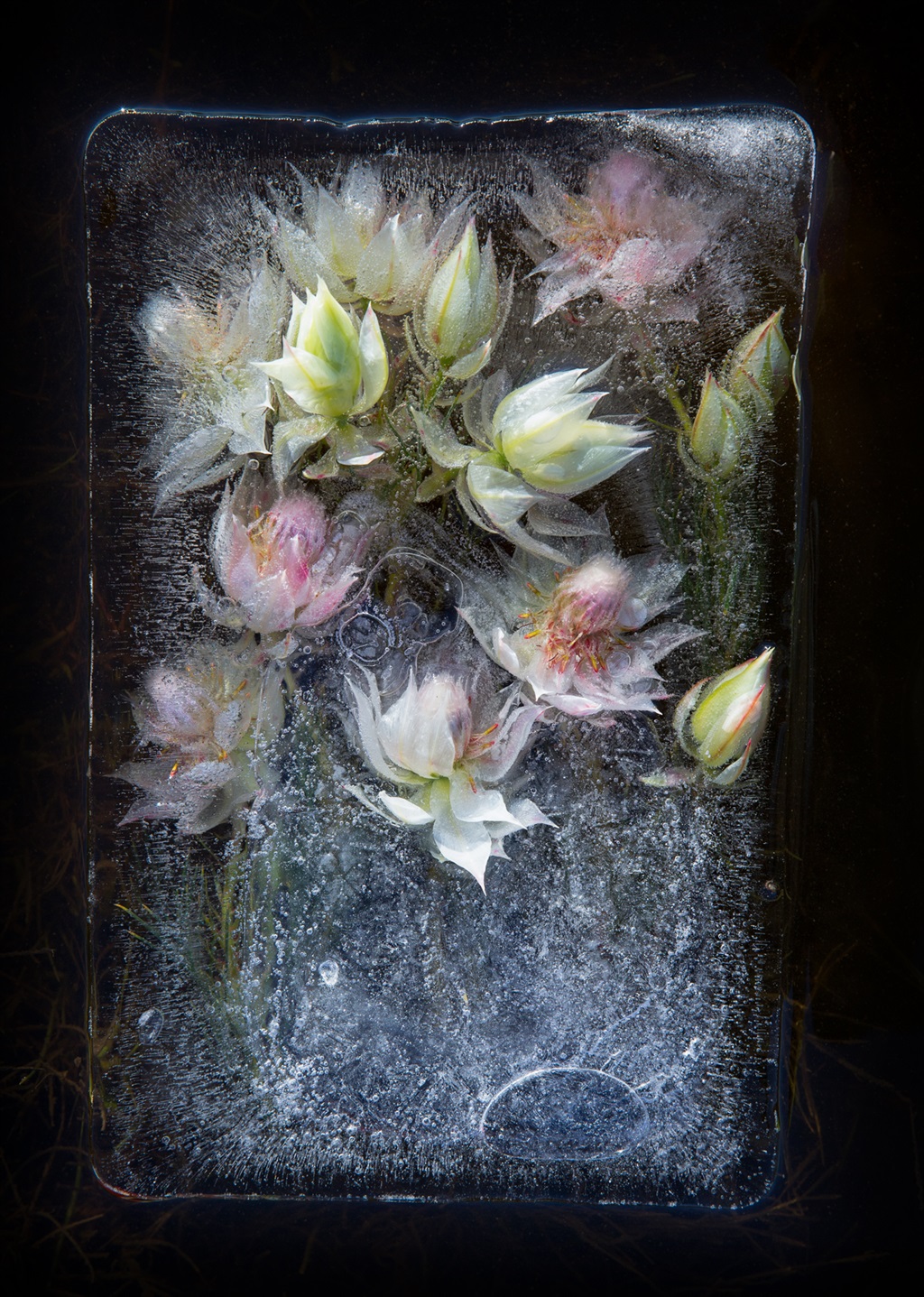 "After a few days of experimentation, we dropped some ice blocks into a swimming pool and were mesmerized by the results." Boyd and his girlfriend collect flowers from local gardens and hedges. They arrange them in plastic containers and then freeze them overnight. Boyd then drops the blocks into a nearby pool, stream, or puddle. The cracks caused by the block hitting the water, combined with the bubbles formed during the freezing process make for a stunning photo. The unpredictable nature of ice is what drew Boyd in. He likes how every ice block reacts differently to being dropped in water and how the trapped bubbles "create drama." For a fleeting moment, we are able to witness a "preserved beauty" before the "ice melts and flowers wilt," Boyd wrote. Boyd acknowledges how the warmth and romance of the flowers starkly contrast the cold sterility of the ice in his work. "I often think of it as pictures of unrequited love," he said. "Love that has been put on hold."