I broke etiquette and text-invited 'B list' guests to our wedding last-minute. I don't regret it. A month out from my early September wedding, it became clear we'd have at least 30 fewer people than the expected 180 in attendance. Conflicting Labor Day weekend plans, Delta variant concerns, and Covid-19 exposures all got in the way.

While my now-husband and I were fine with, and even relieved about, a smaller guest list, there were about a dozen friends and family who hadn't made the original cut we wanted to include.

So we did what any couple uninterested in wedding-planning protocols would do: we texted our friends a photo of our invitation, saying we'd love them to come if they were free. 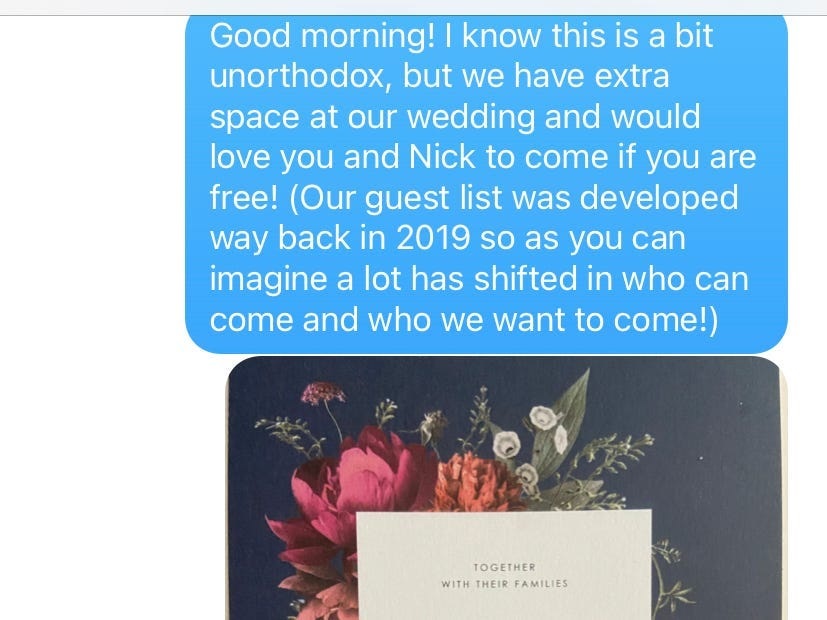 One of my text-message invites.
Anna Medaris

While I now know there were more tactful ways to handle the situation, I'm grateful the B-listers who could make it happily accepted, and we were able to celebrate with them on the big day.

A wedding etiquette pro told me the late invites weren't a problem, but the texting was

Anne Chertoff, a wedding etiquette specialist in New York, told me most couples have an A and B list: The As are the people you don't want to get married without, and the Bs are people you'd like to have there but not if it means they take away a seat for grandma.

As your RSVPs start trickling in, you're supposed to reassess your count and start sending out B-list invites if it seems there will be room. The goal is to have all guests believe they're A-listers. "You don't want anyone to think they're an after-thought."

Texting an invitation doesn't accomplish that. "I would never recommend someone text someone an invitation to a wedding unless everyone is getting a text," Chertoff said, like in a case of a spontaneous post-city-hall wedding celebration.

Our approach didn't follow protocol for two key reasons: First, we never really created a solid "B-list" at the beginning of wedding planning. Rather, we realised closer to the day - which had been postponed for over a year - that there were people we wanted as guests (largely fellow New Yorkers our age) we'd become closer to, or wanted to become closer to, throughout the pandemic.

And second, by the time we were ready to invite them, the RSVP date on the invitation had passed. Plus, the physical invites were at my parent's house in Wisconsin, and they were out of town.

Time was too tight to get real invitations in the mail and delivered. If we had, no one would have been fooled that they'd been on the A-list anyway.

Chertoff gave me some leeway since it was, after all, a Covid-era wedding.

"A lot of people were deciding last-minute regarding weddings - whether they were having it indoors, outdoors, how many people, did they want to risk elderly relatives, children who could be vaccinated," she said. So inviting people late is "totally fine," she said, but they still shouldn't be made to feel like B-listers. 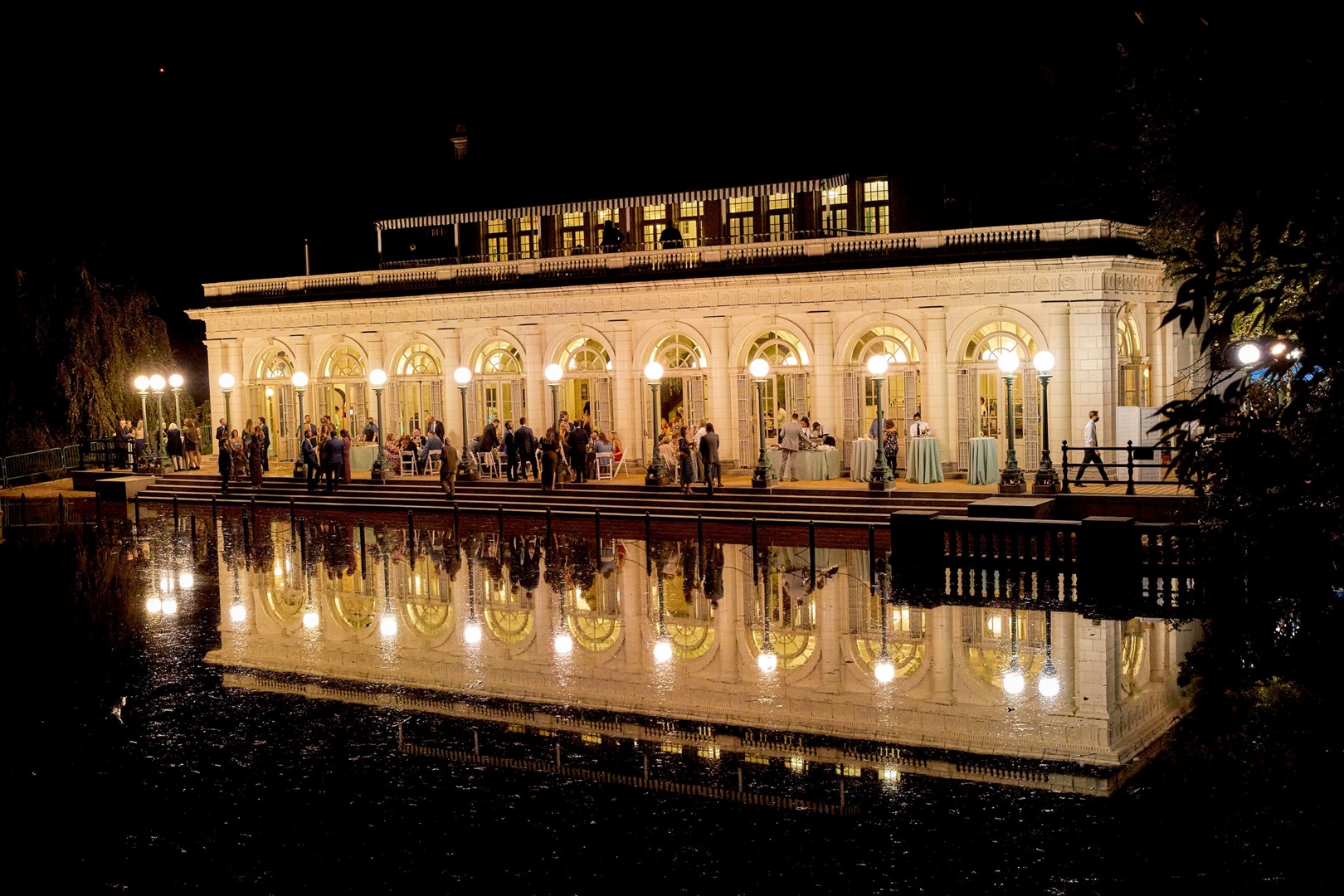 One such guest, my friend Lizz, told me she wasn't offended in the slightest. She remembered how hard making guest-list decisions is from her own wedding five years ago, and was flattered to be included since it meant we thought of her and her husband when it came time to reassess.

"And with Covid regulations and the variant situation changing so rapidly, we've learned to stay flexible about reassessing risk when it comes to large events anyway," she said. "We'd likely have been making decisions around that timeline regardless of when we were first invited, so it actually worked out really well."

Lizz said she and her husband are always down for a party, and that the fact they live close to the venue made the decision easy. They even made it work despite attending another wedding in Buffalo the very next day.

"Honestly, you probably could have invited me the night before," she said, "and we still would have shown up and loved every second of it."