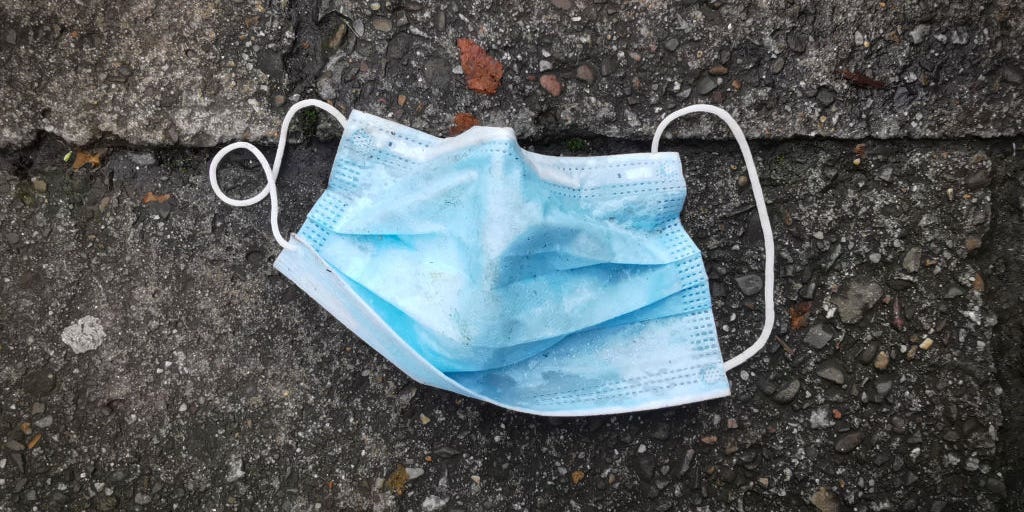 A disposable face masks is seen lying on the pavement during the coronavirus pandemic. Krakow, Poland on October 16th, 2020.
Beata Zawrzel/NurPhoto via Getty Images

A 40-year-old British man was sentenced to six weeks in a Singapore prison this week after he failed to wear a mask on a train in the country earlier this year.

Prosecutors said Benjamin Glynn not only failed to wear a mask on the train, but also failed to do so during a court appearance.

Glynn was found guilty of charges tied to not wearing a mask, as well as charges of causing a public nuisance and using threatening words toward a public servant, the Singapore Prison Service (SPS) told Reuters.

Singapore requires everyone aged 6 and older to wear a mask when leaving their homes to help prevent the spread of Covid-19.

Two of Glynn's six weeks behind bars will be at a mental health institution, the SPS said.

After his sentence is complete, Glynn will be deported by Singapore's immigration authority.