The United Kingdom faces a race against time to have enough pallets for exporting to the European Union once the Brexit transition period ends in less than three months.

The timber packaging industry is urging Boris Johnson's UK government and European Union to agree on an adjustment period lasting at least half a year, so it has more time to build sufficient stocks of ISPM 15-compliant pallets.

There are fears that a national shortage will lead to goods being blocked from entering the EU and chaos at the borders.

Under international rules, wooden pallets moving between the EU and UK will be required to meet ISPM 15 standards next year.

They must be heat-treated at 56 degrees Celsius to prevent pests and have specific markings to confirm they meet legal requirements. EU member states do not need to follow these rules when trading with one another.

However, as things stand, the UK will be required to follow these rules when it begins life outside of the EU's single market and customs union next year, and now the government and industry are rushing to secure a sufficient number of compliant pallets.

The UK's Department for Environment, Food, and Rural Affairs first realised there was a severe shortage of ISPM 15-compliant pallets early last year and worked with the industry to build up stocks. In recent weeks there has been a surge in businesses applying to become manufacturers of pallets that the UK will need to use to export goods to the EU when it leaves the bloc's trading rules on January 1.

However, as things stand, the UK will be required to follow these rules when it begins life outside of the EU's single market and customs union next year. Now the government and industry are rushing to secure a sufficient number of compliant pallets.

He warned that the January 1 deadline would probably come too soon for the industry and that it needed an adjustment period of six to eight months to become fully compliant with ISPM 15 rules. A recent industry survey found that 76% of respondents felt confident of being ready to meet ISPM 15 requirements on January 1.

"We have lost seven to eight months of preparation time due to the coronavirus and all we are asking is for that seven or eight months to cover what we have lost. That way, we could have a very smooth transition," Dye said.

"Nobody can say definitively whether we will be 100% compliant by January but if someone were to ask me, we'd be 100% compliant if we were given six to eight months extension, I'd feel a lot more confident saying yes."

Industry figures say ministers have been slow in grasping the scale of the challenge posed by a new pallet regime.

DEFRA still does not exactly how many ISPM 15-compliant pallets the country needs ahead of the end of the Brexit transition period. Up to now, the issue has not been addressed by the government's post-Brexit Border Operating Model — though UK government officials have said it will feature in the updated version of the model due next week.

There an estimated 60 to 100 million pallet movements to and from the UK and EU every year. 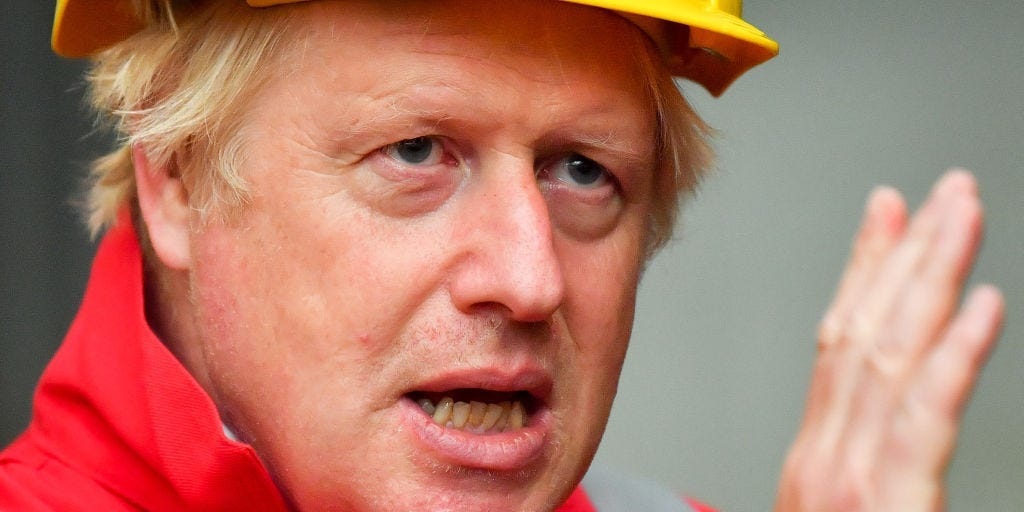 However, the industry fears that it could already be too late.

"We are seeing a rush now. You have to think about stock turnaround," Dye told Business Insider.

"Some goods are being put into stock in October but might not actually get moved until January. Businesses don't want to have to unpack those goods and put them onto an ISPM 15 pallet."

In an unexpected development that is putting more strain on efforts to build up pallet stocks, some British packaging companies are looking at using ISPM 15-compliant pallets for all exports, not just those to the EU, Dye said.

They say they don't have enough space to store two different types of pallets and fear that accidentally sending wrong pallets to the EU will be a common occurrence, leading to goods being stopped by EU border officers.

A DEFRA spokesperson told Business Insider: "We have been meeting regularly with representatives from the food and drink industry for many months to help prepare for all scenarios as we end the transition period.

"As part of those meetings, we have discussed a range of issues relating to the import and export of our goods, including wood packaging material such as pallets.

"Treatment capacity for wooden pallets has increased and we are working closely with industry to help ensure a sufficient stock of compliant pallets in time for January."