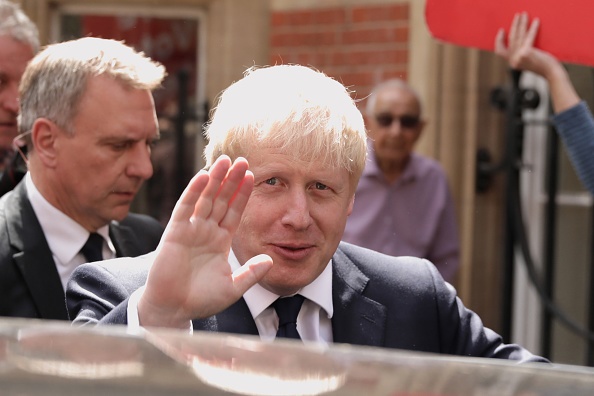 Half of Brexit voters feel "betrayed" by Boris Johnson's failure to take Britain out of the EU on October 31, according to a new survey.

Johnson repeatedly promised that the UK would leave the EU on the previous Brexit deadline of October 31, saying there were "no circumstances" in which it would not happen.

In a speech on Downing Street in September, Johnson told the nation that "I want everybody to know there are no circumstances in which I will ask Brussels to delay. We Are leaving on the 31st October, no ifs or buts."

However, the prime minister this week wrote to the EU to accept a three month delay to Brexit until January 31, 2020.

A survey carried out by a former Downing Street pollster found that 49% of those who voted for Brexit now feel "betrayed" at the UK failing to leave the EU on October 31, a deadline on which Boris Johnson made a "do-or-die pledge" to meet.

57% of Leavers also feel disappointed at the deadline being extended to January, while 22% are upset, the Times reported.

James Johnson, who was strategy and polling advisor to Johnson's predecessor Theresa May, told the Times that the scale of anger among Leave voters now was "roughly double" to the figure recorded when Theresa May was forced to seek an Article 50 extension in March.

The Brexit Party, which was founded this year, soared in the polls after Theresa May failed to leave and placed first in the European elections, pushing the Conservatives into fifth place.

Johnson, who has taken a more hardline approach to Brexit than May, has reversed some of those losses and boosted the Tories' standing in the polls. A recent Opinium poll put his party on 40%, with Labour trailing on 24%, the Liberal Democrats on 15% and the Brexit Party on 10%.

Farage last night suggested that the Brexit Party would target Labour-held Leave-voting seats rather than trying to win Conservative constituencies.

He told party supporters in an email that they had "a big challenge on our hands to clear out the Remainer Parliament and win a majority for Brexit," indicating he would not field candidates where Eurosceptic candidates are standing.

But the strategy could still cost the Conservative party a majority, because they are relying on winning Labour-held Leave-voting seats to win the election.