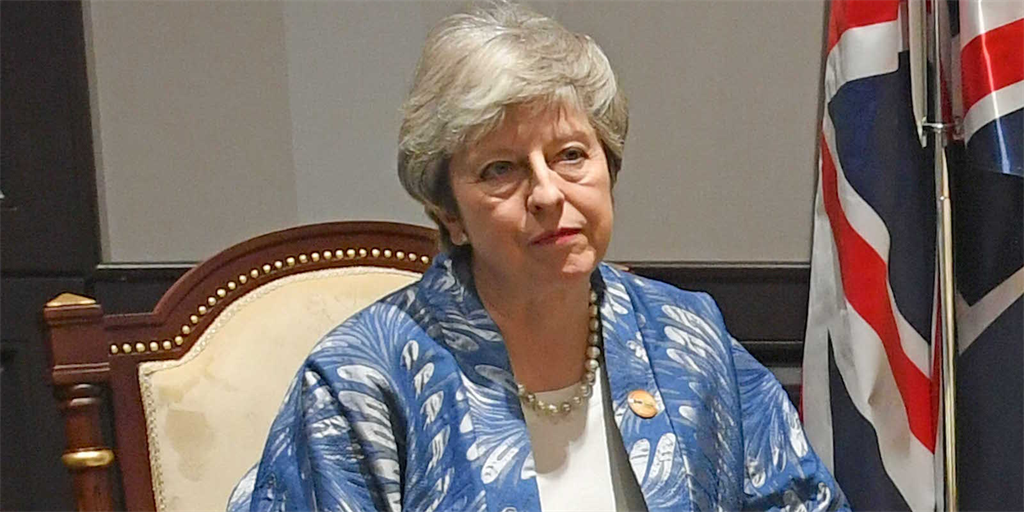 Theresa May in Egypt to meet with EU leaders.
Getty

LONDON - Theresa May is under growing public pressure from senior members of her government to rule out leaving the EU without a deal, as European diplomats consider delaying Brexit by up to two years.

The UK is due to leave the EU on March 29. However, the prime minister once again delayed a parliamentary vote on her Brexit deal this week in order to head off another heavy defeat.

MPs are now not expected to vote again on the deal until March 12, just 17 days before Britain is due to crash out without a deal.

With the prospect of a chaotic exit looming, senior EU figures are now reportedly considering offering the UK a two-year extension of the Article 50 process for leaving the EU, meaning Britain could not exit the bloc until 2021.

"If [EU] leaders see any purpose in extending, which is not a certainty given the situation in the UK, they will not do a rolling cliff-edge but go long to ensure a decent period to solve the outstanding issues or batten down the hatches," one EU diplomat told the Guardian.

Any delay would need to be agreed by all EU member states.

The proposal comes as Defence minister Tobias Elwood told the BBC Radio 4 programme this morning that the prime minister, who is currently in Egypt for talks with EU leaders, must rule out no-deal when she returns.

"I don't support the idea that we go forward to a no-deal," he said, adding that "the prime minister is listening..."

Asked if he believed May would announce a Brexit delay upon her return to the UK, he replied: "You need to wait to hear what she has to say when she gets back."

The prime minister faces a potential wave of resignations from her Cabinet this week if she refuses to rule-out a no-deal Brexit in her planned statement to parliament on Tuesday.

Dozens of members of her cabinet are considering backing a Brexit amendment, due to be voted on this Wednesday, which could begin the process of forcing the prime minister to delay Brexit.

Three senior Cabinet ministers, including the business secretary Greg Clark, signaled over the weekend that they could walk out of government in order to back the amendment.

The prime minister is also under growing pressure from senior members of her government to spell out when she will resign.

May has previously indicated that she will not lead the party into the 2022 general election. However, some ministers now want her to step down as soon as the first stage of Brexit negotiations are over.

The prime minister all but ruled that out over the weekend, telling reporters that "There is still a domestic agenda that I want to get on with."

Under Conservative party rules May cannot be forced out until the end of this year, after a previous attempt by more than a third of Tory MPs to oust her before Christmas failed.