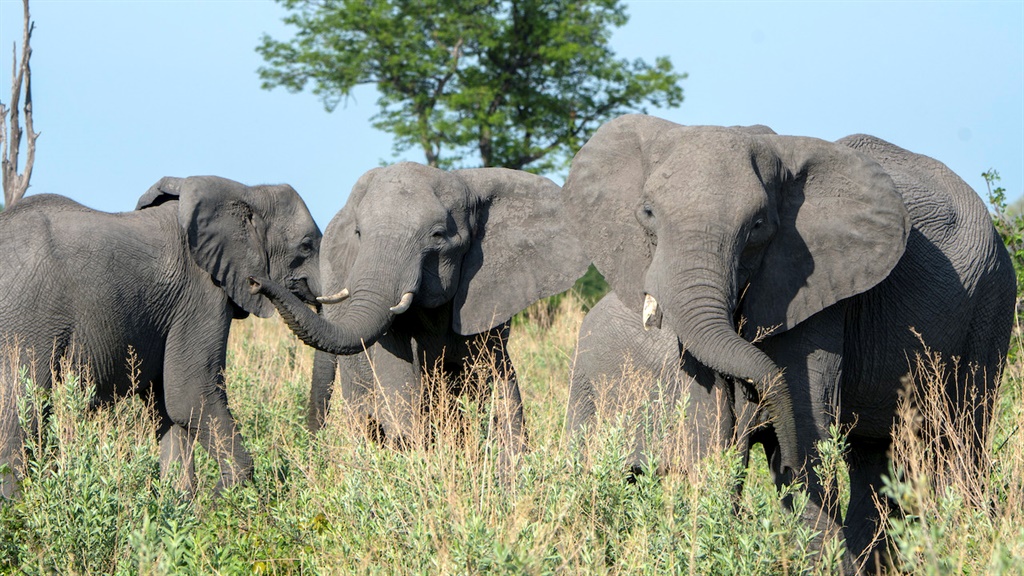 Elephants in the Gomoti Plains area southeast of the Okavango Delta, Botswana, in late 2019. (Photo by Wolfgang Kaehler/LightRocket via Getty Images)
In May, mysterious elephant deaths were first reported in Botswana's Okavango Delta, after a dozen dead animals were discovered.

It would get to the bottom of the matter, the government of Botswana said at the time.

Now the count is over 350 – with 280 of those officially confirmed by Botswana’s department of wildlife and national parks –and the cause remains unknown.

Some of the elephants seem to die quite suddenly. No similar deaths have been reported on the Namibian side of the border.

Drought and anthrax both cause mass casualties among the population, but those have been ruled out this time around.

The fact that the animals' tusks were not removed until the government started to dispose of the carcasses suggests that, if humans are involved, poaching is not the motive.

And cyanide poisoning would have affected other animals too, experts say, which does not seem to be the case; neither scavengers nor animals that share the water near which dead elephants were found have shown any symptoms.

The behaviour of some weak and confused elephants point to neurological effects, but that is about as far as theories go for now, in part thanks to Covid-19.

South Africa's hard lockdown to slow the spread of SARS-CoV-2 caused an initial delay in testing. Now a lack of flights is delaying the distribution of samples to labs around the world, Botswana's government says, while those labs struggle with testing backlogs and logistics.

Related Links
Botswana is re-legalising hunting elephants because it says they're causing chaos by killing...
You can go on a virtual South African safari to spot the 'Big 5' in real-time from your couch
6 elephants died after falling down a waterfall where they were believed to be attempting to save...
Next on Business Insider
By a new count, Cape Town is only the second prettiest African city to run in – after Lagos