It rains, on average, more than 150 days a year in London. But British Prime Minister Boris Johnson was no match for a light drizzle on Thursday.

The conservative prime minister brought some unintended levity to a somber event on a dreary day in Staffordshire when he publicly wrestled with an umbrella.

Seated next to Prince Charles, who was huddled under a large black umbrella, at a Wednesday ceremony honouring police who've died in the line of duty, Johnson decided he'd follow the prince's lead. 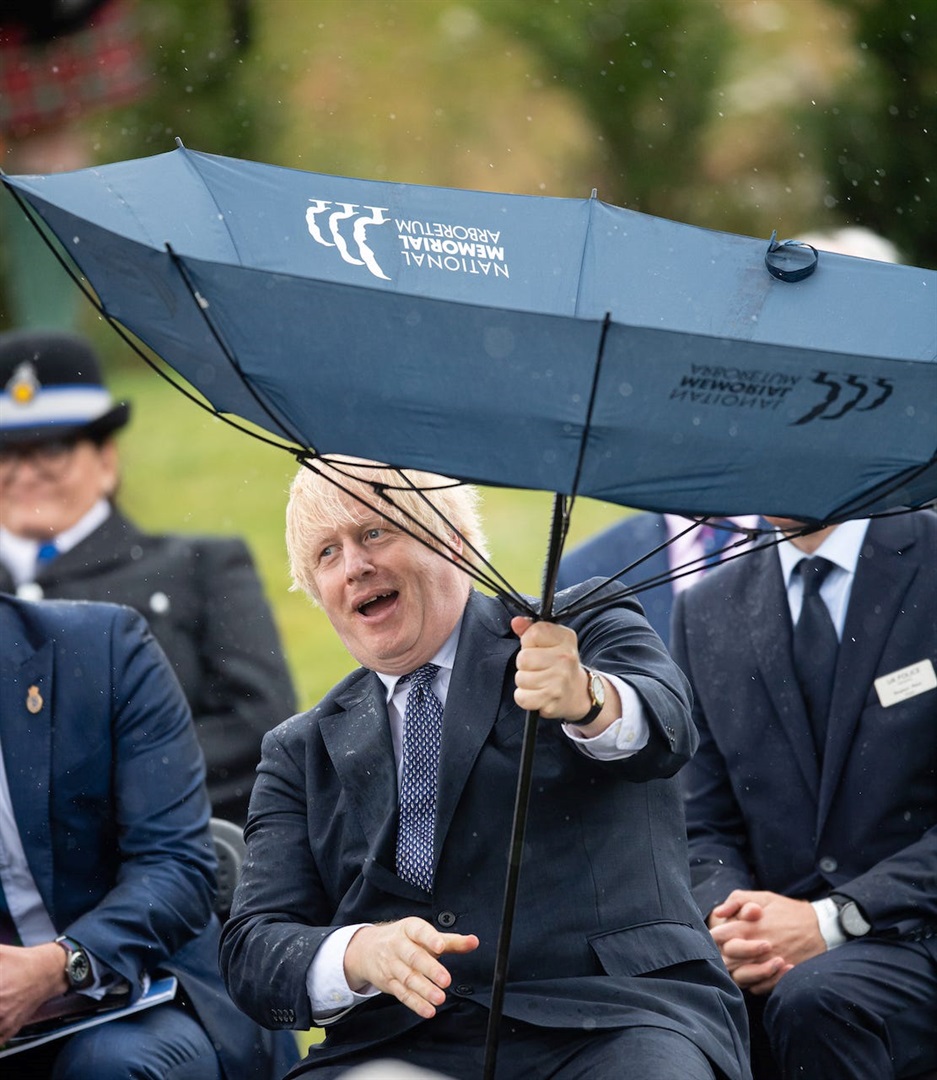 After struggling to open his umbrella, the prime minister appeared to think twice and offered the contraption to Home Secretary Priti Patel, seated in the row behind him.

After Patel declined his offer, the umbrella suddenly collapsed. Johnson tried to re-open it only to have it blown inside-out by a gust of wind.

This caught Prince Charles' attention and he, Patel and others began laughing along with Johnson. A guard standing nearby struggled to suppress a smile.

Johnson's battle with the umbrella has been widely ridiculed in the British press. Some have compared him to comedian Rowan Atkinson's Mr. Bean character, best known for his clueless, bumbling persona.