LONDON - The United Kingdom's next prime minister could face a partial government shut-down if they attempt a no-deal Brexit, under a plan due to be launched by a cross-party group of parliamentarians next week.

The frontrunner to replace Theresa May as prime minister, Boris Johnson, has promised to leave the European Union "do or die" at the end of October.

However, under a plan devised by a cross-party group of Members of Parliament, large parts of government would see their spending frozen if Johnson, or his rival Jeremy Hunt, attempted to leave the EU without a deal.

Conservative MP Dominic Grieve and Labour's Dame Margaret Beckett are spearheading the amendment - revealed by Business Insider on Wednesday evening - which will be tabled on Tuesday when the House of Commons votes on the government's latest spending plans - known as "estimates."

Under this amendment, the government will only be able to authorise spending for certain departments if May's successor manages to get a Brexit deal through Parliament, or Parliament approves a no-deal exit.

It means that MPs could effectively shut down large parts of government if the next prime minister decides to go through with a no-deal exit against the will of MPs.

The plan is backed by anti-Brexit opposition parties and could be supported by Labour, The Times reports.

Lib Dem Brexit Spokesperson, Tom Brake, said: "With Johnson issuing blood-curdling cries that he will inflict a no deal on the UK, regardless of whether it is opposed by a majority of MPs, rational MPs must use every opportunity to block his reckless impulses. "The Liberal Democrats are backing this cross party initiative. But ultimately, the only way out of this mess is a People's Vote and a chance to exit from Brexit."

Naomi Smith, CEO of anti-Brexit group Best For Britain, said: "This is just the kind of cross party collaboration we need among internationalist MPs to stop a harmful no deal Brexit." 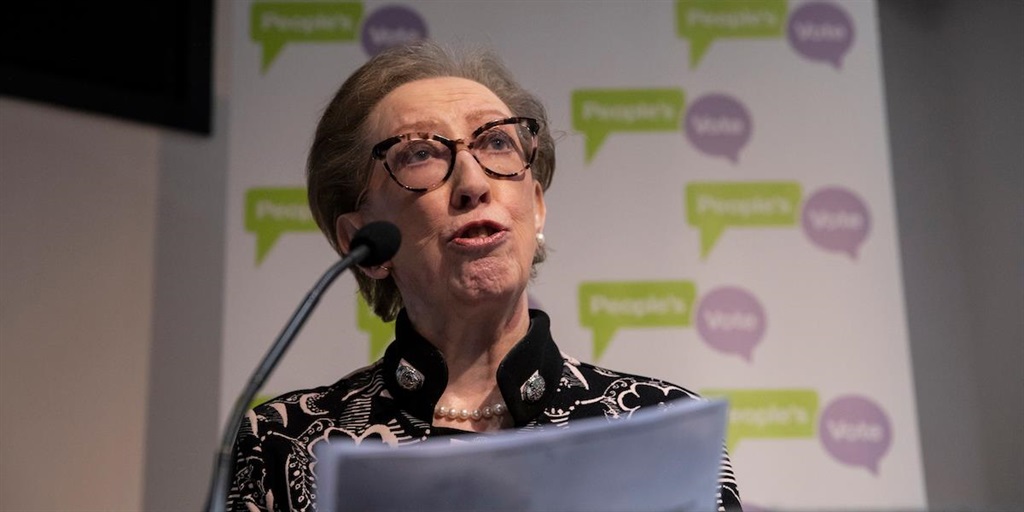 Grieve and Beckett face a challenge in convincing enough Conservative MPs who oppose no-deal to back the amendment.

A Labour Party move to prevent no-deal failed earlier this month, at least partly because a number of Conservative MPs believed it was too soon to take such drastic action against their own government.

The plan could be scuppered if Labour MPs from Leave-voting constituencies like Caroline Flint and Gareth Snell rebel against leader Jeremy Corbyn and vote against it.

MPs who oppose a no-deal exit may also find it difficult to vote for an amendment which if passed would prohibit the government from spending money on areas like schools, benefits and housing.

MPs have been discussing a number of possible ways to stop a no-deal in recent weeks.

A senior Conservative MP familiar with talks told Business Insider that they had discussed reviving the "Cooper-Letwin" plan of taking control of parliamentary business for one day and legislating against no-deal.

Lib Dem MP Ed Davey on Wednesday told journalists that he had been talking to MPs from other parties about ways of stopping no-deal other than the nuclear option of bringing down the government.

Davey, who is running to be leader of the anti-Brexit Liberal Democrats, said "there are a number of ideas kicking around" and indicated that he had spoken to Cooper and Letwin among others.

"I'm not going to mention the individuals I'm talking to in the Conservative and Labour parties - but I'm talking to them. You can probably guess who they are," he said.

He added: "A number of ideas have been floating around. We saw an attempt which unfortunately failed few weeks ago but there are one or two ideas involving different parliamentary procedures."