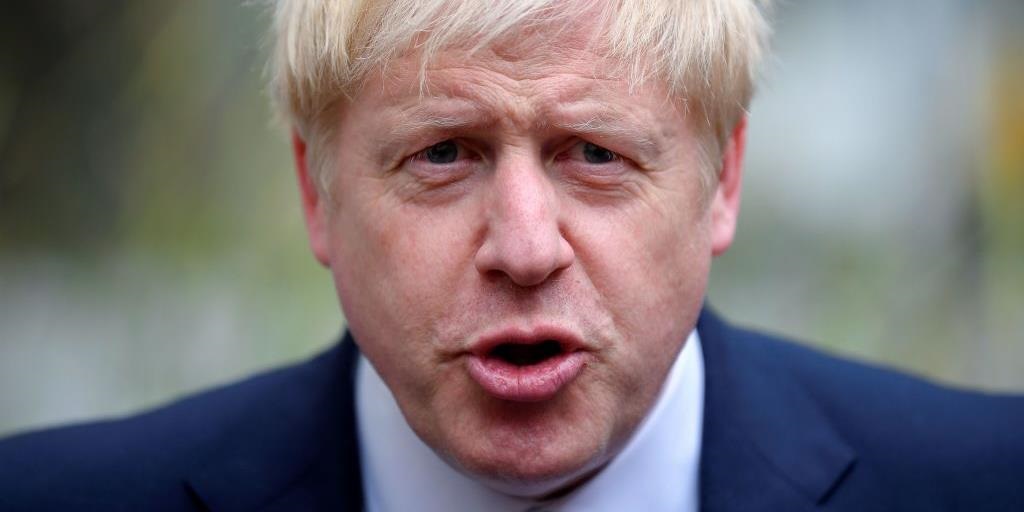 Boris Johnson on Sunday released the Conservative Party manifesto for the upcoming general election, promising more spending on health, policing, and no new tax rises over the next five years.

Speaking during the Question Time debate last week, Johnson claimed that he had previously "over-delivered" on his promises to voters.

However, examination of his past record as a member of Parliament and Mayor for London reveals a string of broken promises.

So how reliable are Johnson's pledges and should British people trust that he will deliver on them?

Here are all the times Johnson failed to keep his previous political promises.

Promise made: Boris Johnson won the race for the Conservative party leadership on a promise to "get Brexit done" by October 31st. Johnson described the pledge as "do or die" and said there "were no circumstances" in which his government would allow Brexit to be delayed for a third time, with aides even briefing that he would risk arrest rather than let it happen.

Promise broken: The United Kingdom did not leave on October 31 after Johnson wrote to the EU requesting another three-month delay. He blamed Parliament for forcing him to delay. Promise made: Boris Johnson's bid for the leadership was successful thanks to him gaining the support of many centre-ground Conservative MPs who might otherwise have voted against his leadership. Central to that success was his promise at a meeting of the "One nation" group of MPs, that he would not suspend, or "prorogue" Parliament in order to force through Brexit.

"I would like to make it absolutely clear that I am not attracted to arcane procedures such as the prorogation of parliament," he told the MPs.

Promise broken: Boris Johnson prorogued parliament for the longest period ever in the modern era. His decision was subsequently overturned by the Supreme Court, which ruled it illegal. Promise made: The Conservative campaign manifesto promises that Johnson will build "40 new hospitals."

Promise broken: However, this pledge was broken before it was even published. Earlier this month the Conservatives admitted that the government will only provide funding for 6 hospitals in this parliament, which will be refurbishments, rather than totally new builds. The other 34 hospitals will also only receive limited amounts of "seed funding" to allow them to be refurbished at a later date. Another pledge in the manifesto for "50,000 more nurses," also fell apart after the party admitted that only 30,000 of these would be new members of staff.

Promise made: Boris Johnson has promised 20,000 more police officers if the Conservatives win the election.

However, fact-checkers have pointed out that this would still leave the number of officers lower than when the Conservatives first came to power in 2010. On an officer per capita basis, it would actually leave Britain's policing level 6% lower than it was before Johnson's party entered Downing Street, according to the independent organisation Full Fact.

Johnson's previous policing pledges also proved not to be reliable. In 2012, Johnson sent a list of nine promises to every household in London, labelled his "nine-point plan for a Greater London." Number four on the list was "Making our streets and homes safer with 1,000 more police on the beat".

Promise broken: However, the number of police officers in London actually fell by about 1,000 over his two terms as mayor. Pushed on his failure to increase police numbers back in 2013, Boris claimed that any suggestion he had actually promised 1,000 additional police officers was a "willful misconstruction."

Promise made: Boris Johnson ran twice for Mayor of London on a ticket of opposing expansion of Heathrow, famously saying that he would lie down "in front of those bulldozers and stop the building, stop the construction of that third runway."

Promise broken: Not only did Johnson not lie down in front of the bulldozers, but when the House of Commons vote on Heathrow expansion took place, Johnson went on a foreign trip which meant he was unable to take part in the vote. Following the trip, which cost taxpayers some £20,000 (R378,000), Johnson told Conservative MPs that he would not scrap expansion at Heathrow.

Sure enough the Conservative manifesto released on Sunday states that the decision to go ahead with the project has already been taken.

Promise made: The Conservative manifesto states that there will be no new tax rises in the coming parliament and promises to reduce taxes for lower earners.

However, such promises should be taken with a pinch of salt. In 2012, Johnson also promised voters in London a tax cut saying that he would put "£445 (R8,000) back in your pocket by freezing the Mayoral share of council tax."

Promise broken: It later emerged that the £445 (R8,000) claim was based on imagined savings compared to what his campaign assumed Johnson's then rival, Ken Livingstone, would have raised council tax by, rather than a promise for an actual further cut of that amount. London taxpayers did not receive a £445 (R8,000) tax cut.

Promise broken: Rough sleeping rose by 130% in London over the course of his time in office. Promise made: In 2008, Johnson campaigned heavily against Ken Livingstone's plans to close a number of ticket offices on the London Underground, even going so far as to sign a pledge never to close them.

His 2008 manifesto promised there would "always [be] a manned ticket office at every station."

Promise broken: Johnson went on to close all of the ticket offices remaining on the London Underground.

Promise made: Johnson's new manifesto promises to cut down on strike action on public transport, saying that unions will be forced to "provide minimum service operates during transport strikes".

So how reliable is this promise? Well in 2008 Johnson also promised to negotiate a "no strike deal" with the Tube unions to ensure that no strike action ever took place again on the London Underground.

Promise broken: Johnson did not even attempt to broker such a deal and consistently refused to meet with Tube union leaders while he was mayor. The strikes continued.

Promise made: Johnson was first elected mayor in 2008 on a manifesto bemoaning the fact that Londoners "pay the highest fares in Europe," before immediately introducing a series of inflation-busting fares increases. Despite this record, Johnson in 2012 promised to "bear down on fares" adding that "under my approach fares will be lower in the long term". In a debate on the BBC, he even went so far as to say that fares would "go down in an honest and sustainable way" if he was re-elected.

Promise broken: In the first year after being re-elected, Johnson increased fares by on average 4.2% and then raised them in line with inflation in subsequent years. Overall the cost of a single bus fare increased by two-thirds since Johnson was first elected.

Promise made: Johnson's most famous pledge in 2008 was to restore the iconic open-platformed "hop-on, hop-off" buses to London. He insisted the buses had been taken off the streets by "health and safety fiends." His new version of the buses would, he promised, be staffed by a new army of old-fashioned bus conductors.

Promise broken: Johnson spent hundreds of millions of pounds commissioning a new fleet of "Routemaster-style" buses. However, safety fears meant that all the promised 'open rear platforms' on the buses were fitted with doors. The promised old-fashioned bus conductors were never re-hired due to the fact that Oyster and contactless cards made their job obsolete. Instead, health and safety officers were positioned on the rear platforms. Even these were largely phased out under Johnson due to staffing costs. On most routes, at most times, the rear platforms on the new buses remained shut while buses were in motion.

Promise made: Johnson was first elected as mayor on a promise to tackle London's crippling congestion, by "re-phasing traffic lights, allowing motorcycles in bus lanes and cracking down on utility companies who dig up the roads"

Promise made: Johnson was elected on a promise not to raise London's congestion charge. He told a hustings in 2008 that "I would certainly not allow the congestion charge to go up above £8 (R117)".

Promise broken: Johnson raised the congestion charge in both his first and second terms.

Promise made: "We will broker a deal with a private company to bring thousands of bikes to the capital at no cost to the taxpayer."

Promise broken: Johnson's promise to bring a bike hire scheme to London "at no cost to the taxpayer" was not delivered, either in his original sponsorship deal with Barclays, or in his subsequent deal with Santander. The scheme continues to operate at a loss to taxpayers.

Promise made: Johnson repeatedly denied he had any plans to cut the numbers of fire engines or fire stations, telling the London Assembly in 2010 that there were "no plans" to remove engines. Pressed on the issue, he told Assembly Members that "I don't want to get rid of them. What's the problem?"

Promise made: In 2012 Johnson also promised to set up a "cabbies' cabinet" to deal with the concerns of London taxi drivers.

Promise broken: Plans for a formal cabbies' cabinet were scrapped in 2013. City Hall's relationship with the London taxi trade continued to deteriorate, culminating in large and disruptive protests both inside and outside City Hall.