'I could never live with myself': The parents of a Boeing 737 Max victim explain why they chose to campaign to prevent another disaster, rather than 'go to bed' and grieve 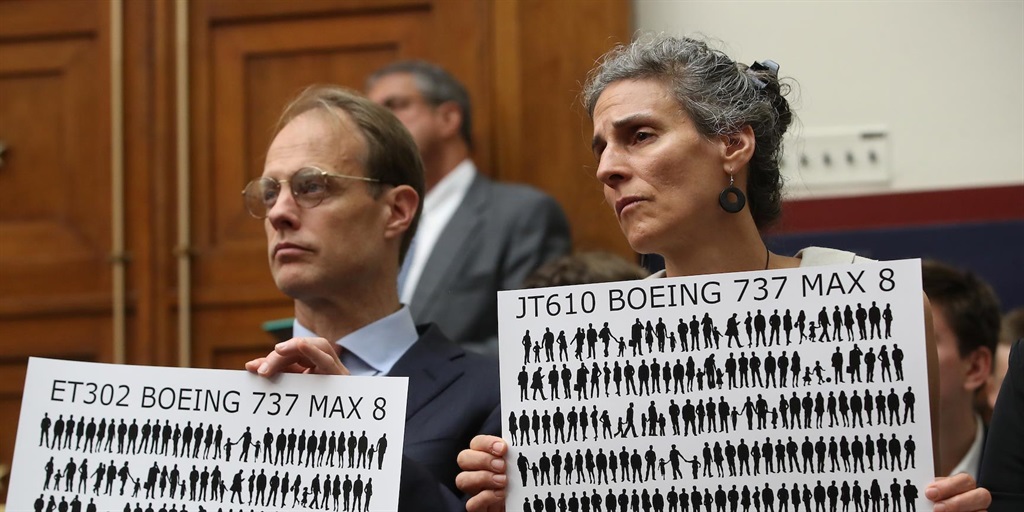 Michael Stumo and Nadia Milleron, parents of Samya Rose Stumo, who was killed in the Ethiopian Airlines Boeing 737 Max crash, listen as the a House committee holds a hearing on the 737 Max on June 19, 2019.
Mark Wilson/Getty Images

The parents of a woman killed in the second Boeing 737 Max crash say that though it may be "healthier" for them to stay in bed and grieve for their daughter, they feel they need to keep campaigning so that similar crashes never happen again.

Nadia Milleron and Michael Stumo lost their daughter Samya Stumo when an Ethiopian Airlines Boeing 737 Max jet crashed on March 10, killing all 157 people on board. It was the second crash by a Boeing 737 Max jet in less than five months, after a Lion Air plane killed 189 people in October 2018.

"I have a choice. I could stay home and stay in my bed, which is what I feel like would be better physically for me," Milleron told Business Insider.

"Or I can take advantage of the moment and try to alert the American people to the fact that they're not being protected by their government in terms of safety." "I haven't moved on to maybe the other stages of grief because I have to keep reliving the immediacy of it in order to present that to the American people and get them to put pressure on their government for their own safety.

"But I do have a choice. I could go to bed. And if I did that then if there was a third crash I would never forgive myself," she said.

Milleron and Stumo have been working with and lobbying the US Federal Aviation Administration, the US National Transportation Safety Board, and Congress members who are looking at the safety of the plane in a bid to make sure that victims' families are involved in hearings into the plane and push for greater safety in the industry.

The pair, like many other families affected by the two crashes, are suing Boeing for negligence, as well as failure to warn and civil conspiracy, accusing Boeing of putting "profits over safety."

Read more: Here are all the investigations and lawsuits that Boeing and the FAA are facing after the 737 Max crashes killed almost 350 people

"I could never live with myself, that another whole group of innocent people who purchased tickets, who got on a plane and believed that there was a safety certification for that plane, if then they would also die like the 346 innocent people that have died so far because of this particular plane," Milleron said. Michael Stumo and Nadia Milleron talk with acting FAA Administrator Daniel Elwell before a House hearing on the 737 Max in May 2019.
Chip Somodevilla/Getty Images

She told Business Insider that a lack of publicity about the first crash meant that the second one was able to happen.

"We didn't say to our daughter, 'Oh, be sure that you're not flying on that flight because the plane seems very likely to be defective and it could crash again.'"

Samya, 24, was working for a healthcare non-profit when she was killed in the crash, and was travelling to Kenya as part of efforts to establish universal healthcare in the country.

Milleron and Stumo met with the FAA to discuss working together as the regulator prepares to consider whether the plane should be certified to fly again with Boeing's new software update. The FAA faces scrutiny from lawmakers and federal bodies over how it certified the plane to fly in the first place. Milleron said that their conversations with the FAA and the NTSB have been "substantive."

Read more: Behind Boeing's offer to settle with victims' families in a 737 Max crash is a hardball legal strategy that could leave them with nothing

But she said that the American public needs to be aware of the issues with the plane, and the wider implications its problems have for aviation safety given that it was certified to fly in the first place.

"We are a wealthy country. We have a huge military. We have so many resources."

It would have been "absolutely inconceivable" to Samya "that she should purchase a ticket for a lethal plane that was produced by Boeing and certified by the FAA," Milleron said.

"She would never even imagine that that would be true."

She said that the public putting pressure on Boeing and the FAA is the "only way" that investigations into what went wrong will not be disregarded.

Milleron said that the FAA certified a "lethal" plane, rather than saying to Congress that it might need more resources.

The FAA's process for certifying planes has come under a harsh spotlight since the crashes, particularly the system that allows manufacturers like Boeing to play a role in certifying their own planes.

Stumo said that Boeing has been "transformed into an investment company only for shareholder value" and that this practice with the FAA meant that the company's employees are under more pressure to approve planes.

The FAA has defended its processes, saying that they have produced safe aircraft for decades. Daniel Elwell, the acting administrator of the FAA, has highlighted that it would need significant additional resources to move all parts of the certification process in-house.

Read more: More than 400 737 Max pilots are suing Boeing over an 'unprecedented cover-up' of flaws in the plane's design

But Stumo said that the current system means there is a culture where Boeing engineers "can only talk to Boeing management, and they can get into a group think, and they're more subject to the pressures of the timelines and the budgets than they were before." Michael Stumo, Nadia Milleron, and their son Adnaan Stumo at the press conference announcing their lawsuit against Boeing in Chicago in April 2019.
Scott Olson/Getty Images

He said that Boeing should return to the system used previously. Under this system, Stumo said: "You had a safety culture and the safety-first people making those types of decisions and not management."

"The safety of the planes, and as we discover more and more about Boeing, is not assured by the certification," Milleron said.

In a statement to Business Insider earlier in June, the FAA said that its "aircraft certification processes are well established and have consistently produced safe aircraft designs."

It added that certifying the 737 Max took five years and "involved 110,000 hours of work on the part of FAA personnel, following the FAA's standard certification process."

Stumo said that Boeing needed to stop focusing on defending the plane, and instead tell Congress: "We have a plan."

Milleron wrote to Peter DeFazio, chair of the House Committee on Transportation and Infrastructure, to ask if she and Stumo could testify for five minutes at a hearing about the 737 Max on June 19.

"We are Americans who trusted that our government would only certify safe aircraft," she wrote. House Transportation and Infrastructure Committee Chairman Peter DeFazio at a hearing about the Boeing 737 Max on June 19, 2019.
Chip Somodevilla/Getty Images

They were ultimately not able to, and sat in the front row with homemade posters that depicted the victims of both crashes.

Read more: Boeing said it is using the 'lessons' it has learned during the 737 Max crisis to deal with troubles facing another one of its planes

Milleron said that she has reached out to some other families who were affected by the crash, encouraging them to try to engage with the FAA, but that this organizing was difficult with people from more than 30 countries.

The family has created a scholarship alongside ThinkWell, the non-profit that Samya worked for, which aims to fund women who have ideas for "transformative solutions to improve healthcare around the world." It will offer recipients up to $100,000 a year for one or two years.

They hope it will run for 50 years: "We feel that by doing that 50 times, which will be approximately the length of Samya's career if she wasn't cut short, that we might make a difference."