Boeing 737 timeline: From the early days to the grounding of the 737 Max after 2 fatal crashes that killed 346 people 5 months apart The Boeing 737 has been in the news a lot lately, since two fatal crashes involving the latest model of the plane, the 737 Max.

But even though the Max has been grounded for six months, as Boeing works to fix a dangerous flaw in the troubled jet, the sky has continued to be crisscrossed by older models of the 737.

In fact, if you've taken a domestic commercial flight in the past 50 years - including the last six months - there's a very good chance you were on a 737 of some sort.

Despite the missteps and tragic consequences surrounding the Max's initial design, the larger 737 family has proved itself as a faithful workhorse for airlines around the world, ranging from long-haul carriers like Delta that include the plane as a small part of its fleet, to low-cost airlines like Ryanair, which uses 737s for its entire fleet.

Although the 737 looks likely to fly on for years to come, well past its 70th birthday, Boeing will need to prove to its customers that it's fixed the flawed Max and that it's learned enough from the episode to prevent it from ever happening again. The rival Airbus A320 family is nipping at its heels, with 14,789 orders through August. With Boeing failing to sell a single Max for more than five months, as customers wait to see how the company fixes the plane, the need to restore consumer confidence is urgent.

Here's a closer look at the incredible 54-year history of the Boeing 737.

The plane would be comparable to the Douglas DC-9 (below) and the British Airways Corporation BAC-111.

While the initial design featured a T-tail like the 727 with engines mounted on the fuselage, the lead engineer put them on the wings instead, which meant the body could be widened to seat six people across. Thus, the 737-100 was born. That's something that's stayed consistent across every version of the 737 through today. The 737 launched with German airline Lufthansa, which ordered 21 of the planes in 1965.

The first one was delivered toward the end of 1967. In 1965, a few months after Lufthansa's order, US airline United ordered 40 of the jets. However, it wanted a slightly longer version, so Boeing stretched the body a little over six feet and named the longer version the 737-200. A 737-200 that Lufthansa ordered is pictured below. While the early 737s were assembled and tested at Boeing Field — now the King County International Airport — it was moved to the company's factory in Renton, Washington, in late 1970, where it remains today. 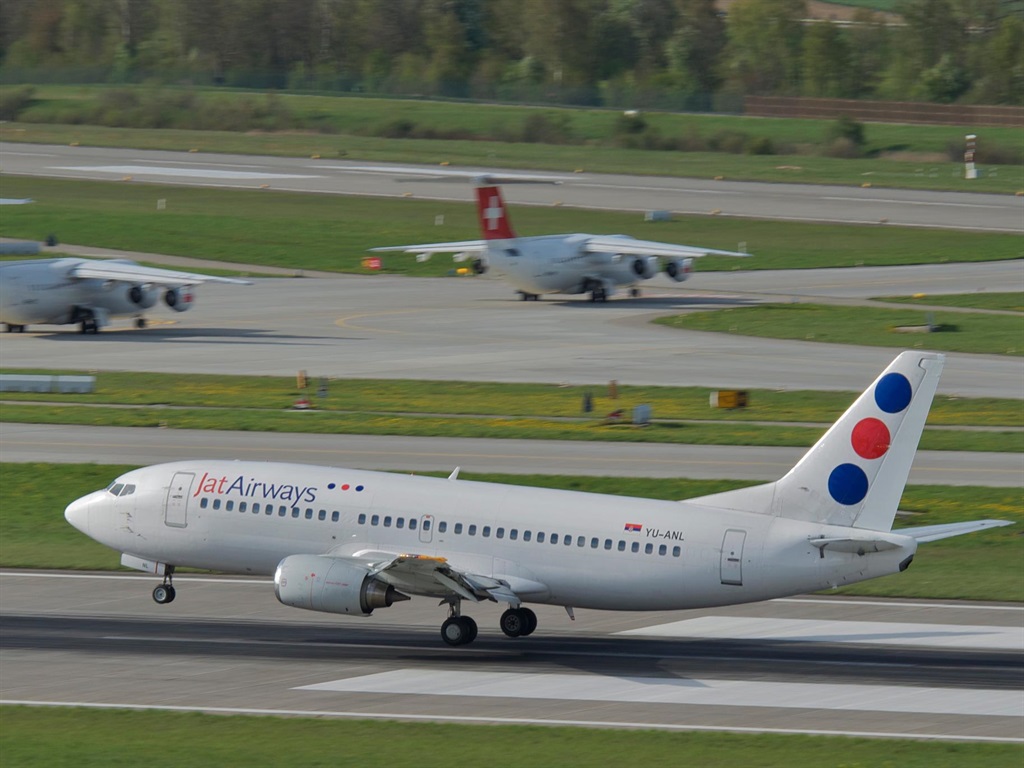 To power the new jet, Boeing decided to switch from the original Pratt & Whitney engines to the more-powerful CFM56-3B-1 high-bypass turbofan. There was just one problem: the 737's low ground clearance and the engine's larger diameter than on the original -100 and -200 meant that the size of the fan needed to be slightly reduced, the engine had to be moved further forward on the wing, and engine accessories had to be moved to the side to accommodate the 737-300's now-iconic non-circular air intake. In 1991, Boeing began working on another modernised update to the plane. The next-generation, or "737NG" series, was prompted by European plane-maker Airbus' introduction of its A320 narrow-body family, which rivaled the 737's dominance of the market.

Although the performance of the 737NG meant it was essentially a whole new aircraft family compared to the Classic, it kept enough important commonality with the Classic that upgrading or operating mixed fleets would be easier and more cost-effective for customers. The airframe received upgrades, the wing was redesign, and the flight deck and cabin were improved.

The 737-700 was the first to launch, and first flew in February 1997. The plane could carry up to 149 passengers, and had a longer range than previous models. Over the years, the 737 has been used for a variety of things, whether that was launching a new low-cost airline ...

... Or even a tactical submarine hunter like the P8 Poseidon. It's even been used as a freighter ... And a private business jet.

As of 2019, orders of the 737NG were still being delivered to customers.

But in the 2010s, Boeing tried to replicate the success of the 737NG with the 737 Max. But this time, it wasn't simply competing with Airbus; it was playing catch-up.

Boeing began to discuss a successor for the 737 as early as 2006, looking at both putting new, more efficient engines on an existing 737 airframe, or starting from scratch with a brand new airframe. Boeing knew that Airbus was similarly exploring an A320 replacement, but both companies were still in early stages. 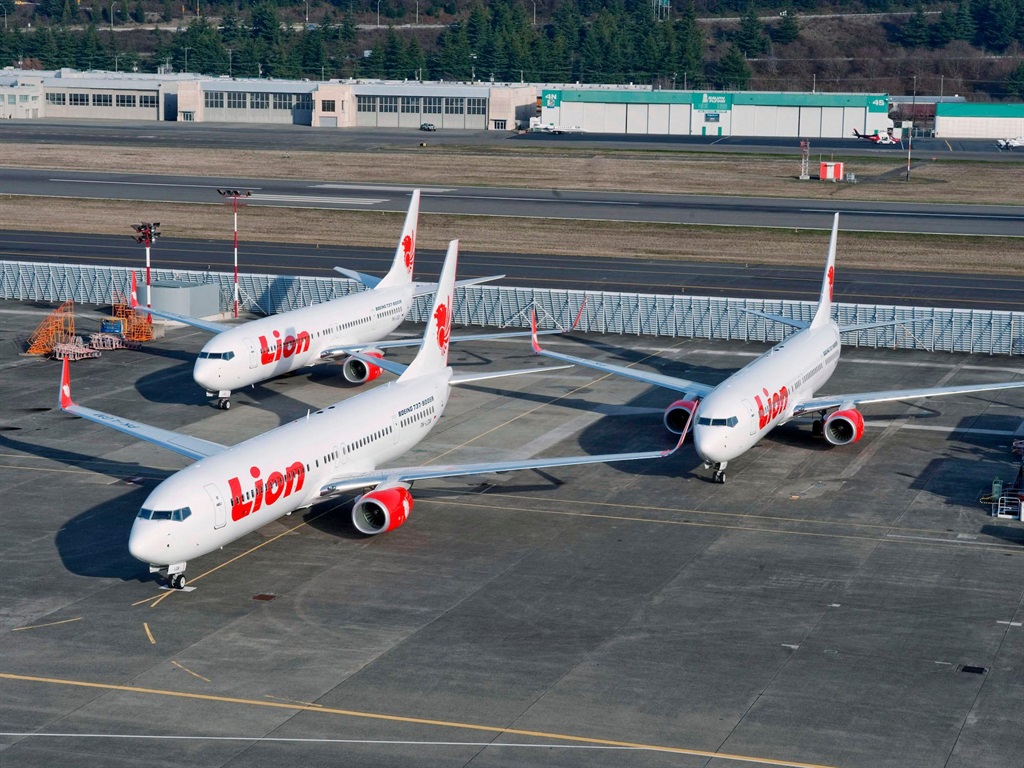 It was still trying to decide in 2010, when Airbus launched the A320neo family (neo = new engine option). The jets used the original A319, A320, and A321 airframes, but used new engines that offered a 15-20% increase in fuel efficiency, consequently lowering operating costs and giving the planes longer ranges. Airbus has since released two longer-range variants of the neo family — the A321LR and A321XLR. In July, American Airlines announced an order for 130 A320ceo and 130 A320neo jets, with an option for 365 more. It also said that it would order 100 of Boeing's not-quite-ready next-generation 737. Until that point, American Airlines had exclusively purchased from Boeing for more than a decade. Boeing knew the order was coming, and tried to quickly prepare a re-engined 737 to offer as an A320neo alternative. The 737 Max kept commonality with the 737NG, but used new CFM International Leap-X engines, offering improved fuel efficiency. The new engines, though, were further forward and higher up on the wings, which meant the plane could handle differently. The first Max flight took place in January 2016, taking off from Boeing's facility at Renton. The plane was certified by the FAA in March, 2017. The first plane was delivered in May 2017. Within a year, 130 of the Max planes had been delivered, logging more than 118,000 flight hours. Specifically, it could cause the nose of the plane to pitch upward in some situations, like low-speed flight, or flight with a high angle-of-attack, when the plane is being flown manually. To compensate for that, Boeing designed an automated software called Maneuvering Control Augmentation System (MCAS), which would automatically activate to stabilise the pitch and nudge the aircraft's nose back down "so that it feels and flies like other 737s." MCAS would only activate when the plane was being hand-flown — meaning autopilot was off — and it was flying relatively slowly, and the nose was pointing high enough — or the angle-of-attack was high enough — to be at risk of causing the plane to stall. Crucially, though, MCAS was designed to take effect when just a single sensor showed that the angle-of-attack was high. That meant that if one of the two sensors was damaged or faulty, it could activate.

In October 2018, Lion Air Flight 610, a domestic flight from Jakarta, Indonesia, to Pangkal Pinang, crashed 12 minutes after take-off, killing all 189 passengers and crew. Initial findings suggested that MCAS activated improperly, due to a faulty angle-of-attack sensor. Boeing began working on a software fix, and issued several advisories, although the plane continued to fly for airlines around the world. Then on March 10, 2019, Ethiopian Airlines Flight 302 from Addis Ababa to Nairobi, Kenya, crashed six minutes after taking off. All 157 people were killed. An improper MCAS activation, combined with the fact that the pilots were unable to execute the recommended recovery procedures, were blamed.

Following the second crash, the 737 Max was grounded worldwide. Multiple investigations into the plane's design and its certification have been initiated, and further potential safety risks have been found. 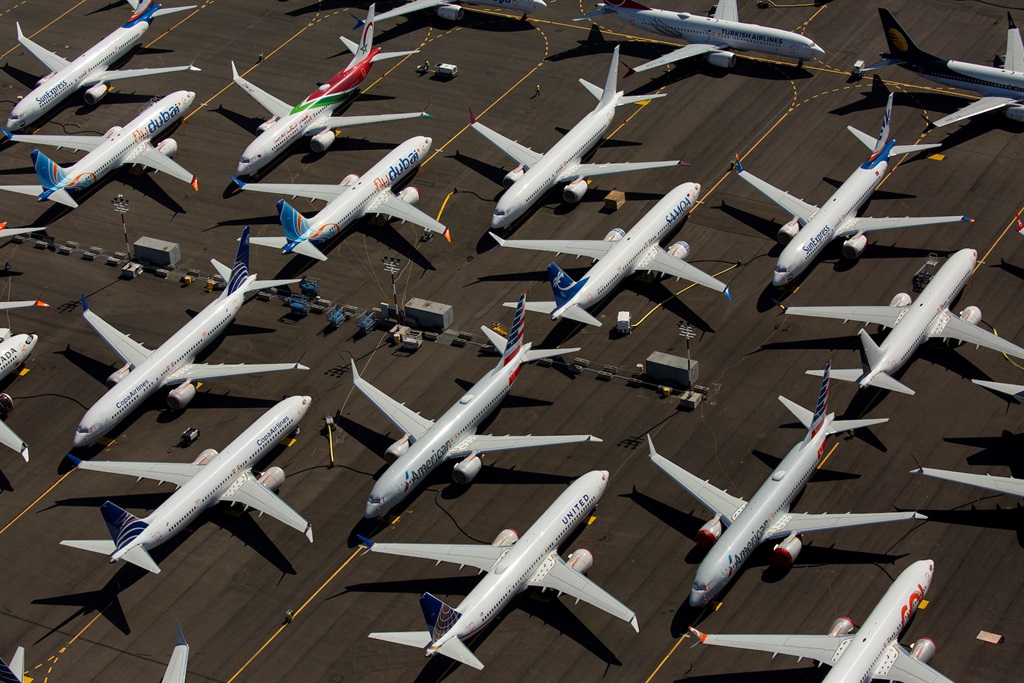 Despite several delays, Boeing has maintained that it plans to submit its fix in September, and expects the plane to be back in the air by the fourth quarter, although some think that early 2020 is more probable. While the details are publicly unknown, the software update is expected to make MCAS use two AoA sensors instead of one, and make it easier for pilots to override the system and adjust the trim stabilisers manually should that ever be necessary.

The coming months will show how Boeing responds to the accident, and how the market treats the plane once the grounding is lifted — whether orders resume. Boeing's board of directors removed Dennis Muilenburg from his dual role as chairman and CEO nearly one year after the Lion Air crash, a year marked by crisis at the plane maker.

The board elected a non-executive to the role of chairman, David Calhoun.

"The board has full confidence in Dennis as CEO and believes this division of labour will enable maximum focus on running the business with the board playing an active oversight role," Calhoun said in a statement issued by the company on October 11.

But just two months later: Muilenburg was out as CEO, replaced by Calhoun. Meanwhile, in late 2019, several 737 NGs were grounded after cracks were found in the planes' "pickle fork," a part which helps connect the wing to the body. On January 8, 2020, a 737-800 belonging to Ukraine International Airlines crashed minutes after takeoff from Tehran, Iran. The cause of the crash was not immediately apparent - while a mechnical issue was initially faulted, there was widespread speculation over military actions as Iran launched a missile attack at a US base in Iraq several hours earlier. The plane was only three years old and had undergone a maintenance check just days earlier.

Questions emerged right away about what the crash would mean for Boeing and the 737. Could it spell more trouble for the embattled plane-maker? Or was it a maintenance issue - or a military accident - that had nothing to do with the plane's design?

The investigation is ongoing.