An illustration shows a black hole with a corona (the ball of white light) as it devours material streaming into the black hole.
NASA/JPL-Caltech

For the first time, scientists have seen the light behind a black hole.

Because no light can pass through a black hole and come out the other side, the discovery further confirms Albert Einstein's theory that massive objects, like black holes and neutron stars, warp space. This particular black hole, 800 million light-years away, was distorting space so much that astronomers could see X-ray explosions flashing behind it.

"Any light that goes into that black hole doesn't come out, so we shouldn't be able to see anything that's behind the black hole," Dan Wilkins, a researcher at Stanford's Kavli Institute for Particle Astrophysics and Cosmology, said in a press release. "The reason we can see that is because that black hole is warping space, bending light and twisting magnetic fields around itself." 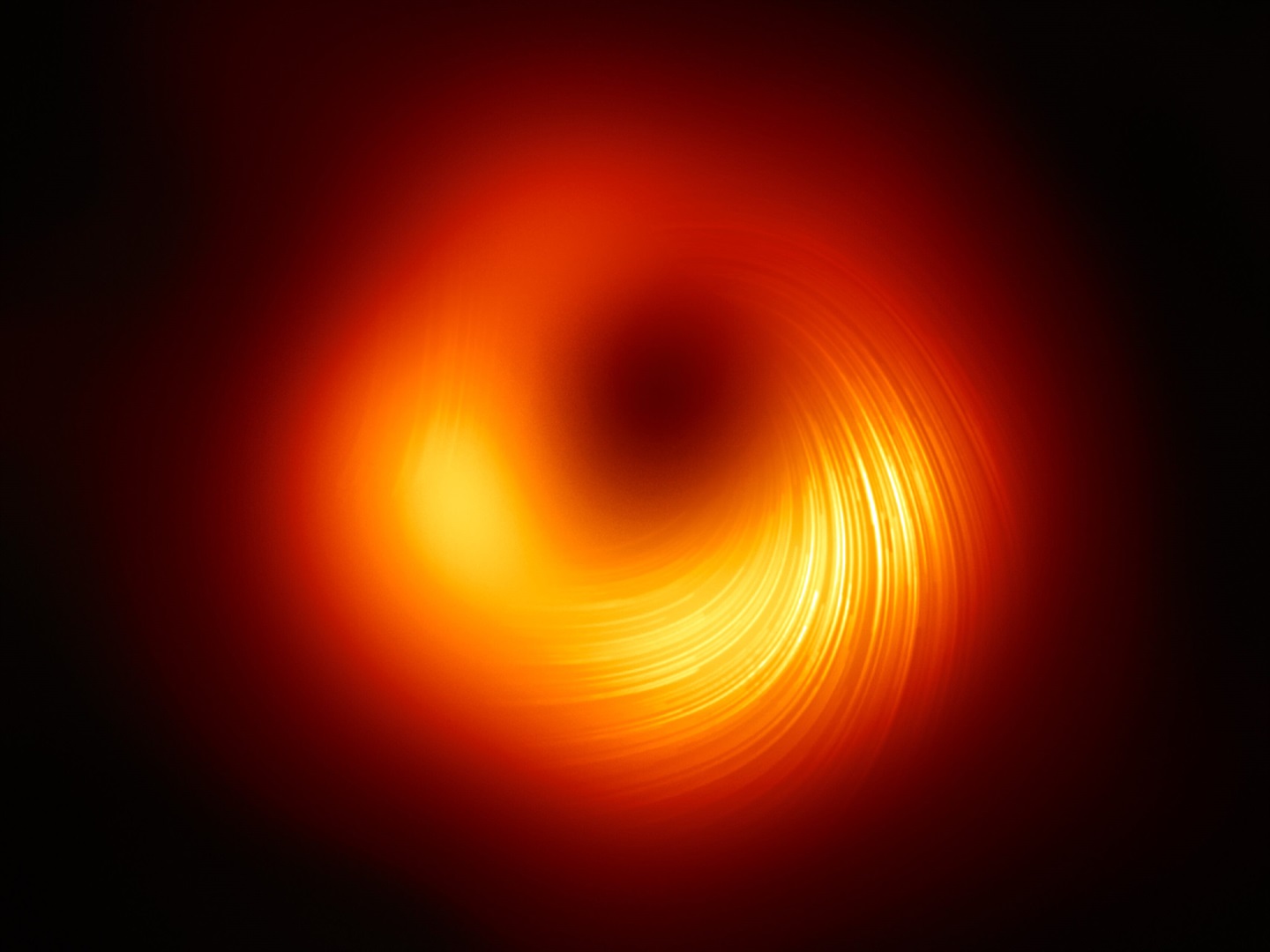 According to Einstein's theory of general relativity, massive objects warp the fabric space-time. Instead of continuing in a linear fashion, space-time bends around them, creating curved paths that other objects must follow as they travel. That, Einstein said, is gravity.

In the same way gravity forces a planet to orbit a star, light should follow the same curved path around objects like black holes, which can have the mass of billions of suns. But nobody had ever observed a black hole bending and warping the light behind it until now. An illustration shows the curvature of space-time around objects with mass.
NASA

Wilkins and his fellow astronomers were not trying to find examples of black holes warping space-time. Instead, they were observing the black hole in question with X-ray telescopes to study its corona - a region of electrons heated by the black hole's immense gravity to temperatures as high as a billion degrees.

From this hot, spinning disc, magnetic fields arc away from the black hole in huge loops, then twist and snap, exploding in bright flashes of X-ray light. It looks similar to what happens on the surface of our sun (the outermost layer of which is called the corona).

"This magnetic field getting tied up and then snapping close to the black hole heats everything around it and produces these high energy electrons that then go on to produce the X-rays," Wilkins said. 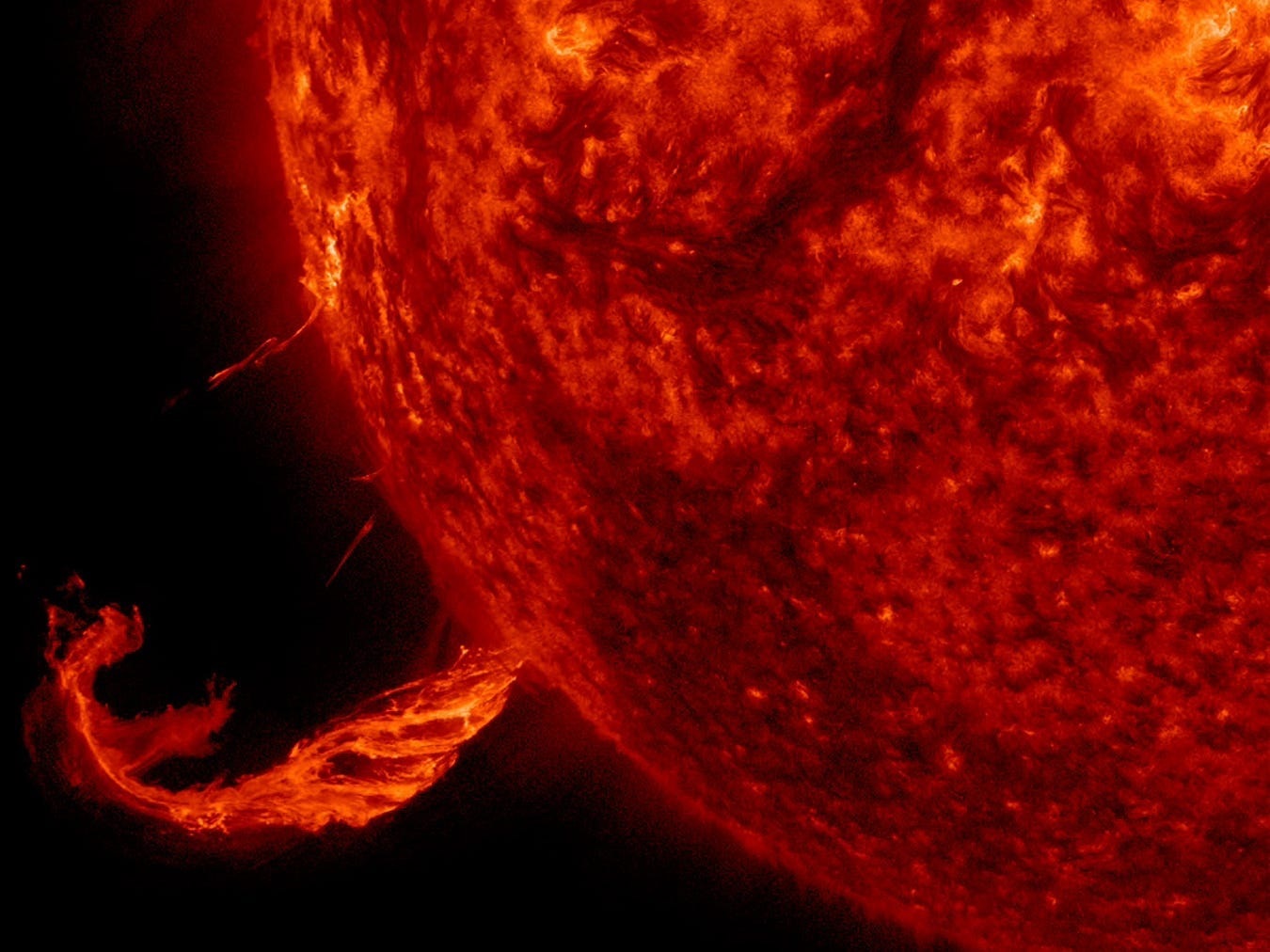 But as the researchers observed these bursts of light, they also detected smaller, slightly delayed flashes in different colours. These mystery flashes seem to be the bent light of coronas on the other side of the black hole. They lined up with the researchers' predictions of what that distant corona activity should look like.

Wilkins and his colleagues published their findings in the journal Nature last week.

"Fifty years ago, when astrophysicists starting speculating about how the magnetic field might behave close to a black hole, they had no idea that one day we might have the techniques to observe this directly and see Einstein's general theory of relativity in action," physicist Roger Blandford, who co-authored the paper, said in the release.

Wilkins hopes to continue studying black-hole coronas with a future space-based X-ray observatory, the Advanced Telescope for High-ENergy Astrophysics (Athena). The telescope is still in early development; the European Space Agency plans to launch it into orbit around Earth in 2031.

"It's got a much bigger mirror than we've ever had on an X-ray telescope and it's going to let us get higher resolution looks in much shorter observation times," he said. "So, the picture we are starting to get from the data at the moment is going to become much clearer with these new observatories."