Until June of 2020, Reddit users searching for the community r/blackfathers would be redirected to a page that read: "There seems to be nothing here." The phrase, a default message that appears on subreddits with no content, was actually a racist quip.

"It was a joke that was allowed to run for several years on the site," long-time Reddit user and r/BlackPeopleTwitter moderator Jefferson Kelley told Insider. "The joke that Black fathers aren't there."

The jab — engineered by an unknown user and reliant on the debunked racist trope of Black fathers as absent from their children's lives — was seemingly intentional. Moderators of the subreddit kept the community locked and didn't allow users to post, ensuring the message would appear anytime a Reddit user searched "Black fathers."

Reddit has long been understood as a space that fostered the spread of racist content. In 2015, The Southern Poverty Law Center classified the platform as a source of "the most violently racist internet content." Three years later, in the comments section of Reddit's 2017 Transparency Report, CEO Steve Huffman told a user that "open racism" and "slurs" were not against the platform's rules. The following year, however, Reddit changed its content policy, specifically banning "harassment and bullying".

Despite the 2019 policy change, marginalised groups continued to face a barrage of hate speech on Reddit. Moderators of Black-designated subreddits told Insider that their spaces were frequently invaded by bad faith users espousing racist ideology, their posts in major subreddits were downvoted and buried, and their attempts to remove abusive users were largely unsuccessful.

As the longtime existence of r/blackfathers as a racist joke suggested, the less overt attacks often went unaddressed.

"It was one of those unfortunate loopholes," Kelley said. "It's not against the rules not to have any content, but the whole purpose of that community was hateful."

In the summer of 2020, Reddit was tasked with facing its legacy of racism 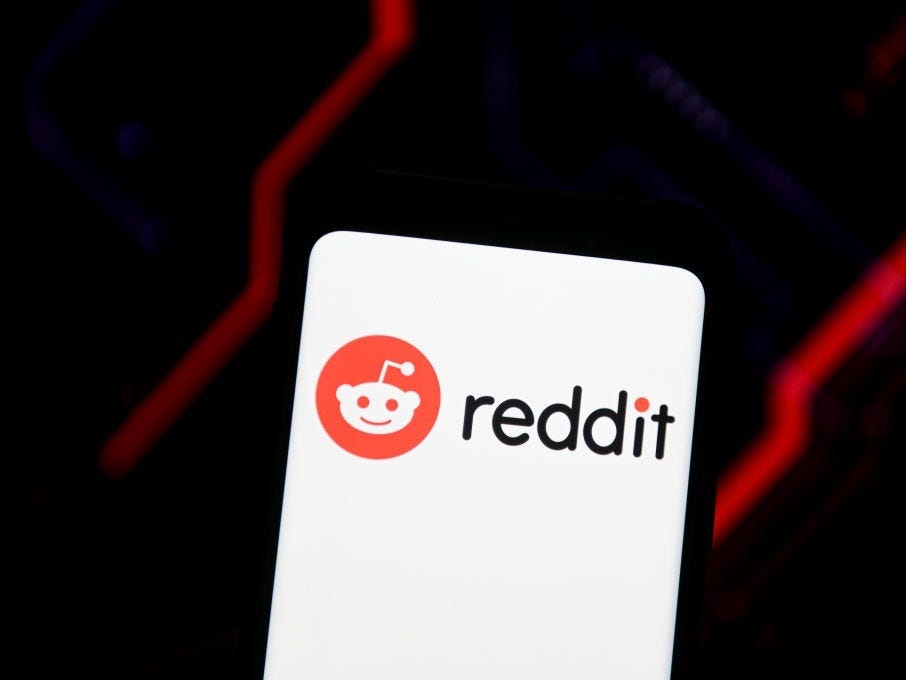 In this photo illustration, a Reddit logo is seen displayed on a smartphone.
Mateusz Slodkowski/SOPA Images/LightRocket via Getty Images

On June 1, amid international outcry following the killing of George Floyd in police custody, Huffman published a blog post for Reddit employees in which he voiced his support for the Black Lives Matter movement. The CEO's "milquetoast" response, Kelley recalled, came across as hypocritical and insufficient to moderators familiar with the platform's history.

"We just felt like we really needed to take admins to task in truly addressing these issues," he said.

In response to Huffman's post, Redditor DubTeeDub, a moderator of the r/AgainstHateSubreddits forum, drafted an open letter urging the platform act on its stated support for Black lives by implementing and enforcing a sitewide policy against racism and hate speech, banning "hate communities" and "hate users," and recruiting women and minorities for leadership roles.

Over 800 subreddits representing millions of users signed the letter.

Huffman's response was prompt. In the following weeks, Reddit executives and staff hosted Zoom calls with moderators of Black and ally communities to discuss racism on the platform and develop possible policy changes.

On June 29, Huffman released Reddit's new content policy, which explicitly banned communities and users that promote hate based on "identity or vulnerability." Accordingly, the platform banned over 2,000 subreddits found to be in violation of the new rules, including r/blackfathers.

Kelley, who was a participant in the Zoom breakout sessions that informed the policy, viewed the updates as a step in the right direction towards cracking down on rampant racism plaguing the platform.

"It took a much tougher stance on banning communities that were either outwardly racist or used innocuous names to pass off [racism] as something else," he said.

But the father of four wanted more than the elimination of the subreddit — he hoped to reclaim the space and turn it into a community and resource for Black fathers.

Kelley requested to take over the subreddit and change the space

Typically, users interested in taking over inactive subreddits can request ownership via r/redditrequest. At the platform's discretion, users may be granted access to the abandoned community and given a moderator position.

Kelley's situation, given his recent involvement in with Reddit leadership in addressing the platform's issues, was unique. He reached out to an admin from one of his breakout sessions and simply asked to reincarnate the space.

"I said to them, 'I really want to take over this community. I'm Black, I'm a father, and I've got experience with building communities and being a fair moderator. I think I would be a good pick for this,'" he recalled. "And they agreed."

After a 60-day "cooling off" period for the banned subreddit, in which the space remains private and the subscriber count is set back to zero, Kelley was instated as a moderator. While he did not mandate that his fellow moderators be Black or fathers, Kelley attempted to assemble a team of mostly people of color with histories of positive participation in other Black-designated subreddits. Moderators who were personally familiar with the realities of being a minority on the platform, he felt, would be prepared to act swiftly in the event of racist attacks and bad-faith participation.

After establishing a moderator team, Kelley began discussions about what the subreddit's mission would be. Ultimately, moderators decided that the community would advertise itself as an active space for content and resources in support of Black fathers. The subreddit would also encourage positive depictions of Black fatherhood (real or fictional), questions from parents, and words of encouragement.

Soon after, the page went live — and Kelley began promoting the community in other subreddits he moderates and frequents. Promotion, however, had to be selective.

"I'm hesitant to get a really high subscriber count," Kelley explained. "When you start getting more subscribers, we'll get racist content and start hearing from white nationalists."

Keeping the community small has proven to reduce harassment.  In the first few weeks of operating the publicly-available forum, Kelley says that moderators have had to ban only five or six users.

Still, in hopes of growing the community to a sizable number of good-faith members, Kelley sent messages to trusted users he'd interacted with.

Subreddit members are already finding meaning in the space

One of the r/BlackPeopleTwitter members who took interest in the new subreddit was Reddit user Keon84. The father of three joined the platform to peruse the NFL subreddit and keep up with news, but he quickly found himself wanting a space that felt more inclusive.

"Whenever I came across a post or news story including a minority, I felt like most Reddit users were speaking from a place of unfamiliarity, to say the least," he told Insider. "And then the few minorities who would comment were downvoted."

Participating in subreddits like r/BlackpeopleTwitter that center the experiences of people of color, he said, gave him a greater sense of community. After posting in the space, he received a message about a new community for Black fathers.

"Once I saw it, I just loved the energy," he said. "There's really support for fathers, more than anything, and you can see all the uplifting messages people receive."

Posts from the first few weeks of the subreddit's new life include family photos, advice for parents, and tributes to involved Black fathers.

Keon84 decided to share a photo of his family, which quickly became one of the top posts in the forum.

"I wanted my image to be one that said, 'You don't have to play along with the stereotypes being shown on TV and in the media,'" he recalled. "I wanted to say, 'You can be Black and you can be married and have children in a family environment

Ultimately, he says, the contributions that stick out the most are posts from fathers sharing photos with their children as they grow up.

"Seeing things like that just encourage you," he said. "You just want that kind of energy put out because you want people to see that black men do parent their children and that there are a lot of us out there. We're not in the minority."

Reddit user Alexander Walker, another contributor to r/BlackPeopleTwitter, also received a message about the new community and decided to share of photo of himself posing with his young son.

Me and my son for Halloween last year, wouldn’t trade it for the world. from r/blackfathers

"I wanted my message to be, "Hey, I'm a single father. I have a child and I'll do whatever it takes to make my child happy,'" he said. "And I wanted other fathers to know they're not alone in this."

The community, Walker says, has already become a meaningful outlet for him.

"We're proving that this stereotype is false," he said. "We're in our kids' lives and we can actually do this."

As police violence comes under more scrutiny, Black parents say they're still giving their kids 'The Talk' about dealing with cops

From 'lurker' to bride-to-be, how one wedding subreddit became the one-stop destination for newly engaged people in need of support