Bitcoin fell as much as 10% on Thursday, hitting its lowest level in nearly three weeks as the popular cryptocurrency was hit with a double whammy that jolted faith in its user base.

First, Treasury Secretary nominee Janet Yellen suggested 'curtailing' bitcoin during her confirmation hearing on Wednesday due to its suggested use in illicit activities, and second, an unconfirmed report from BitMEX research suggested a critical flaw called "double-spend" occurred in the bitcoin blockchain.

Double-spend is when a bitcoin owner is able to spend the same bitcoin twice. It is a feared and dire scenario for the digital asset, and the blockchain was thought to have solved the issue when Satoshi Nakamoto published the Bitcoin Whitepaper in 2009.

Early attempts at launching a digital cash system were ultimately halted by vulnerabilities that could have enabled double-spending and undermined faith in the system.

At first, it appeared that the supposed double-spend was actually an RBF transaction, which is when an unconfirmed bitcoin transaction is replaced with a new transfer paying a higher fee. But ForkMonitor has said of the alleged double-spend transaction, "No (RBF) bumps have been detected."

If in fact the $21 double spend did occur, it could be a fatal blow to the popular cryptocurrency in that the flaw Nakamoto set out to solve in fact remains a vulnerability that could crush confidence in the asset.

In the meantime, institutional investors continue to gain exposure to bitcoin. According to Wednesday SEC filings, BlackRock has enabled two of its mutual funds to invest in the cryptocurrency. 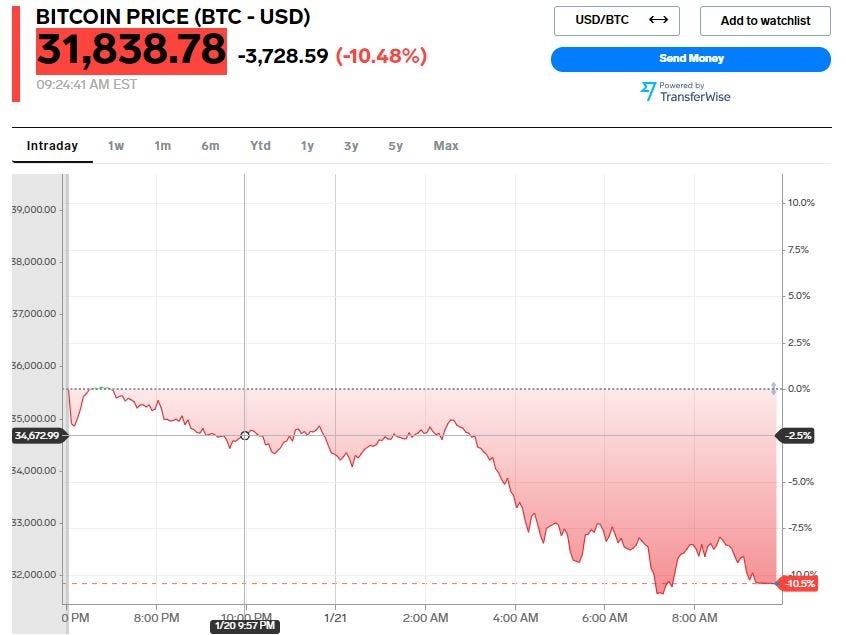